By Al Hain-Cole
With Sam Allardyce facing a defensive injury crisis and the Cottagers having just received a thrashing, Al Hain-Cole expects Wednesday's clash to provide plenty of goalmouth action
Fulham will be desperate to bounce back from their embarrassing 6-0 hammering at the hands of Hull when they welcome West Ham to Craven Cottage on New Year’s Day.

Having won just six of their 22 Premier League games on home soil in 2013, BetVictor have priced the Hammers as 6/4 (2.50) favourites to open the new year with a priceless victory over their fellow relegation candidates. 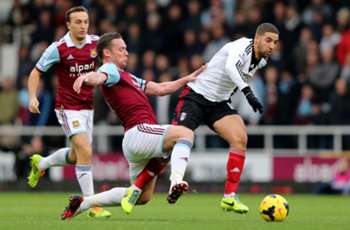 Meanwhile, Sam Allardyce’s men have won just one of their last 12 games in the Premier League and are available at 19/10 (2.90) to leapfrog their hosts by coming out on top.

While Saturday’s 3-3 draw against West Brom may have provided plenty of entertainment for the neutral, Allardyce was left cursing his luck as James Tomkins was forced off through injury to leave him with no fit central defenders and a backline comprised purely of full-backs.

This injury crisis has robbed the Hammers of their greatest strength, as a team that usually prides itself on resolute defending has now conceded nine goals in its last three matches. 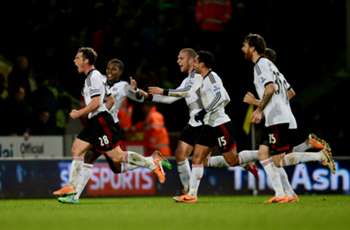 Their manager has vowed to combat this weakness by adopting a more attacking approach, meaning odds of 5/6 (1.83) are not to be missed when they take on a home team with by far the worst defensive record in the division, having conceded nine more goals than Sunderland and Norwich.

This bet would have paid out in 13 of Fulham’s last 16 matches, as well as eight of West Ham’s last 10 in all competitions.

In fact, with at least four goals having been scored each of the visitors’ last three games and three of the hosts’ last four, it is well worth backing odds of 85/40 (3.13) on over 3.5 going in when they come face-to-face.

Al Hain-Cole is an experienced tipster and avid follower of European football. He specialises in accumulators and if you would like to read more from Al you can follow him on Twitter here.
Close