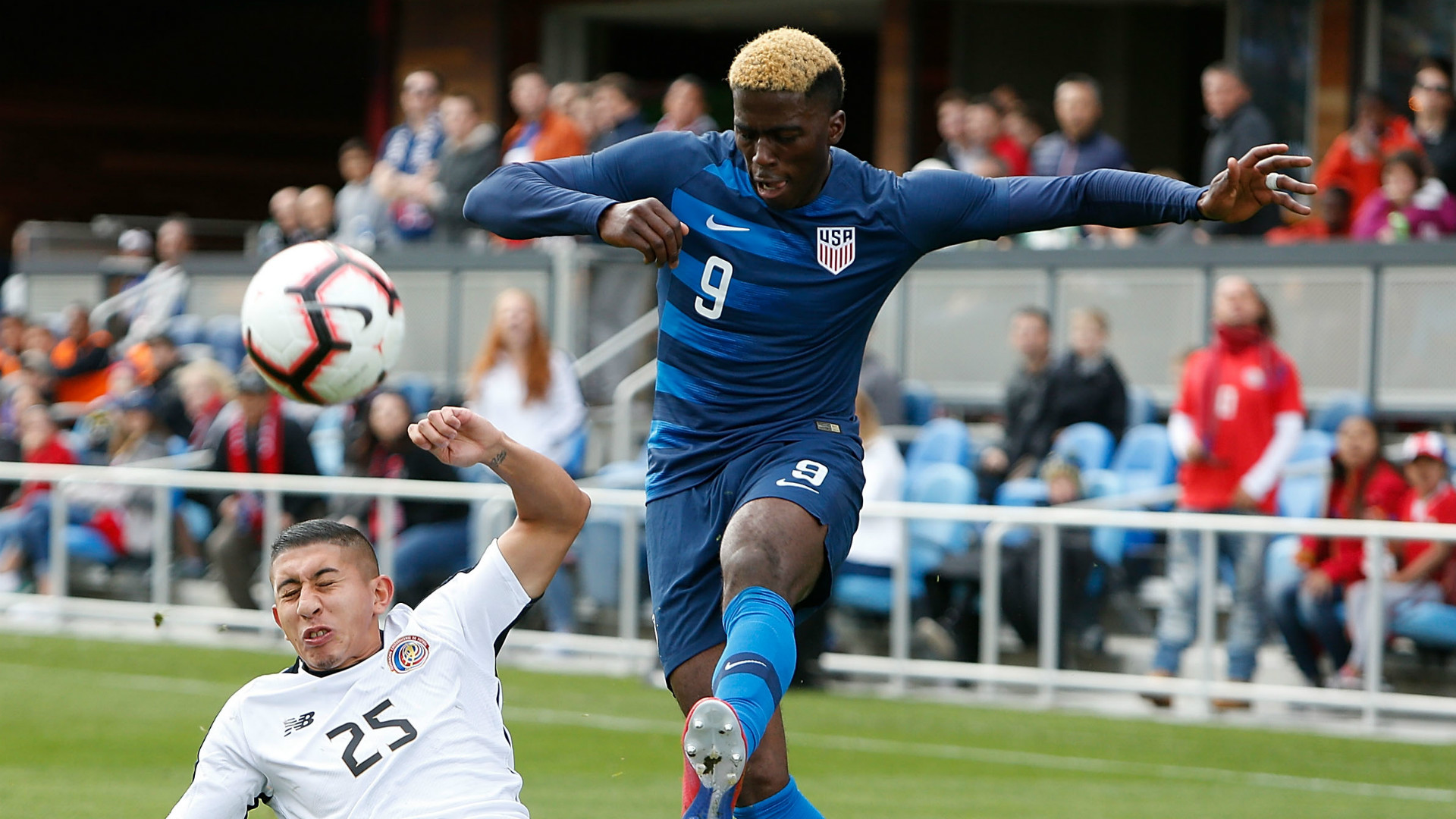 Gyasi Zardes has signed a new multi-year contract with the Columbus Crew which makes him a designated player, the Major League Soccer club announced Monday.

Terms of the deal were not disclosed beyond that it takes the United States international to designated player status.

“We’re thrilled that Gyasi has agreed to be a part of this team for the foreseeable future, as it shows his commitment to our Club and to our community,” Crew President Tim Bezbatchenko said in a statement. “Gyasi is a player who truly understands the culture of the Columbus Crew and whose work ethic is second to none.

“Over the last two seasons, Gyasi‘s production as the top American goal-scorer in MLS is commendable and so we are pleased that we were able to reach this multi-year extension that reflects how pivotal he is to our continued success.”

The 27-year-old Zardes has enjoyed a rebirth in Columbus after a difficult time in his final years with the LA Galaxy.

A homegrown player for LA, Zardes’ initially enjoyed a bright start to his professional life scoring 16 goals in 32 regular games for the Galaxy in 2014, his second season in MLS.

However, while he was originally deployed as a striker, Zardes was shifted to different positions, both for the USMNT and the Galaxy, which had a negative impact on his performance.

Moved to a wide forward role at first, Zardes was even tried at right back by the Galaxy, with his production dropping off as he struggled to adjust to different positions.

We’ve signed @gyasinho to a multi-year contract extension as a Designated Player!

But when he was traded to the Columbus Crew for Ola Kamara after the 2017 season, Zardes enjoyed a renaissance under then Columbus coach Gregg Berhalter, who moved him back to a central forward role.

Zardes netted a career-high 19 goals last season for the Crew, helping the team to the Eastern Conference semi-finals.

The striker has scored four goals in 12 games this season with the Crew under new coach Caleb Porter, who took over after Berhalter’s departure for the USMNT head coaching job.

Zardes has also returned to a prominent role with the USMNT under Berhalter, stepping in as the starting striker in their March friendlies with the nation’s top option, Jozy Altidore, sidelined with injury.