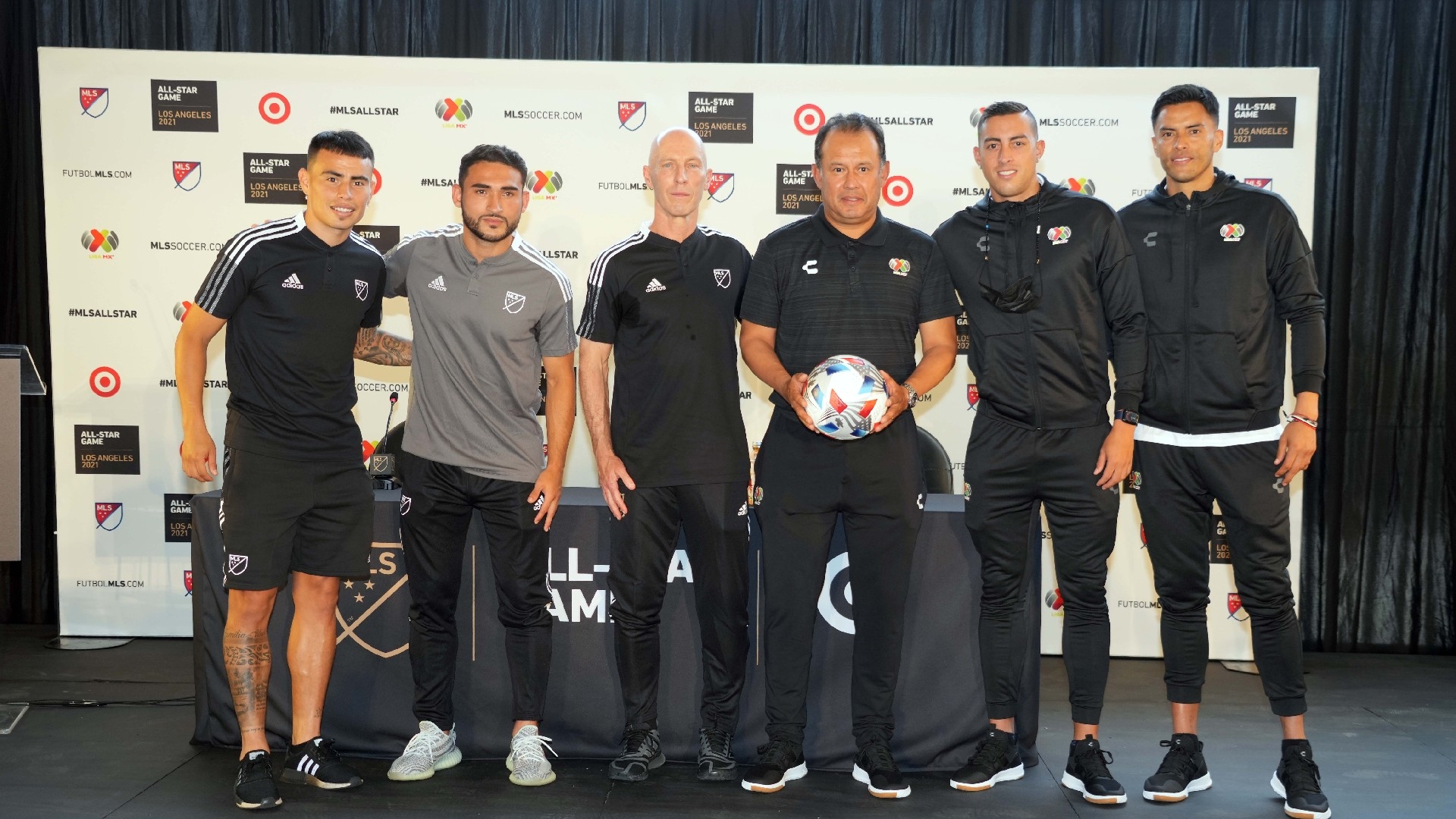 After several years of dreaming, and a year-long wait caused by the coronavirus pandemic, we finally have the All-Star Game we've been awaiting.

The best of MLS against Liga MX's finest. A celebration of North American soccer's present and future, with that future looking much more collaborative than in the past.

Wednesday's match is a meeting between rivals, sure. That's just how things are when you bring together the U.S., Mexico and soccer.

There are some bragging rights on the line, of course, and, in a world where American and Mexican fans will always look to one-up each other, there will certainly be plenty of people invested in the outcome even if it means very little in the grand scheme of things.

But compared to the international action of the summer, where the U.S. men's national team and El Tri battled in two finals, this club contest feels friendlier and more festive.

The leagues have long been rivals but are now much more like best friends, with the All-Star Game following the Campeones Cup and the League Cup as collaborative efforts.

To set this up, MLS opted to do away with its old All-Star Game format to promote a clash with its southern neighbors. Gone are the friendlies against European megaclubs, which often featured half-hearted lineups and effort from the opposition.

In comes this new format, one that only solidifies the positive relationship between MLS and Liga MX even further amid all of those rumors of unification that continue to linger but remain far from materializing.

Still, both sides would love to emerge victorious. As MLS All-Star coach Bob Bradley puts it: "Anything that goes on between Mexico and the U.S. is a rivalry."

It's a game that is American in nature, but also much different than those across other sports. All-Star Games have long been a staple of American society, but this isn't some intraleague scrimmage featuring players that face off regularly.

Bradley's MLS squad is without two of its headlining stars in Carlos Vela and Javier 'Chicharito' Hernandez, taking a bit of luster away from what will still be a spectacle in Los Angeles.

The thought of watching the two Mexican superstars take the field for MLS against Liga MX's best was one of the more intriguing parts of this clash, but there's still plenty of intrigue out there.

The MLS team is loaded with young stars, players like Miles Robinson, James Sands, Ricardo Pepi, Julian Araujo and Cade Cowell. It features a superstar like Nani, creative maestros like Carles Gil, Emmanuel Reynoso and Lucas Zelarayan. And it features Rodolfo Pizarro, Inter Miami's Mexican midfielder that is still looking to rediscover the form that made him a star in Liga MX.

“We know that they have very good, very strong players, but we want to win,” Funes Mori said of his MLS counterparts. “I think it’s going to be a very physical match, but we are ready for that... Regarding the rivalry, it’s going to be a clasico and we have to move on from losing the Gold Cup and go the extra mile when playing the U.S."

Funes Mori's stance has been echoed by most of those involved. This week is fun, yes. It's a celebration, of course. But both sides want to win for the same reason: pride. Lots and lots of pride.

"Yes, this whole event is fun," Bradley said. "Yes, the players come and get to do exciting things, but that 90 minutes isn't fun if you don't have the right group on the field, if they're not motivated to do their best and represent the league. When you have great players, you lay it out there in a simple way and they can take over."

His counterpart, Cruz Azul and Liga MX coach Juan Reynoso, said: "The responsibility increases due to the situation. I would like to go down in history as the coach and the players who won that first game."

At the end of the day, it doesn't really matter who wins Wednesday's game. After years of dominance of the region, a Liga MX triumph won't really show anything about the size of the gap between the two leagues. An MLS victory also wouldn't signify the shrinking of that gap like, say, a CONCACAF Champions League title would.

Instead, what matters is the celebration, the spectacle, the fun of a new tradition that has been a long time coming.

“The idea of putting the best of MLS versus the best of Liga MX is fantastic,” Bradley said. “It’s all about the fans. It’s about having really good players on the field and creating a great atmosphere and letting the fans enjoy it.

"For us, the message to the players is very simple: Welcome, congratulations, enjoy it why you're here, but let's make sure that when we get on the field we can play some really great football and create a great night."