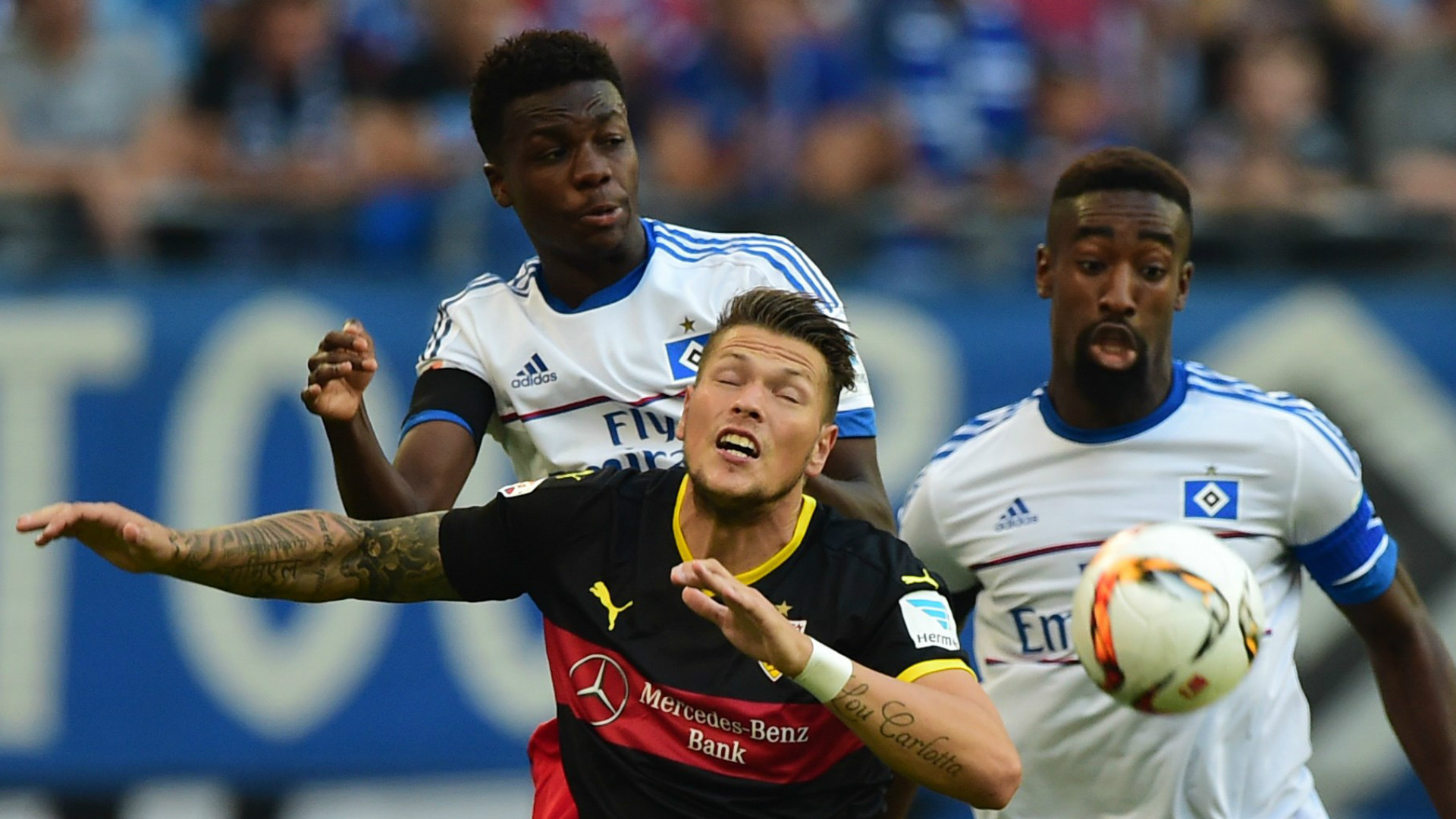 Germany under-21 coach Stefan Kuntz has called up Hamburg midfielder of Ghanaian descent Gideon Jung for upcoming games with England and Portugal.

He appears to have been rewarded for his impressive form for Die Rothosen since bursting onto the stage last season.

Despite having received two previous call-ups, the utility man is still chasing his first appearance for Germany at any level, and will hope to be lucky this time in the clash with England on March 24 or the tie with Portugal four days later.

In August 2015, Jung was handed an under-21 invite for games with Denmark and Azerbaijan but the honour was agonizingly scuppered by injury.

Again in August last year, he received a call-up for matches with Slovakia and Finland, but was forced to withdraw due to injury.

The midfielder, who can equally play in central defence, has made 21 Bundesliga appearances involving 19 starts thus far this campaign.

Born to Ghanaian parents in Dusseldorf, Germany, Jung will still be eligible to represent Ghana at senior level, even if he does take to the pitch for the Europeans this time around.

Last year, the youngster was among three European-born players contacted by the Ghana Football Association for a possible nationality switch, the others being Manchester United and the Netherlands' Timothy Fosu-Mensah as well as Inaki Williams of Athletic Bilbao and Spain.