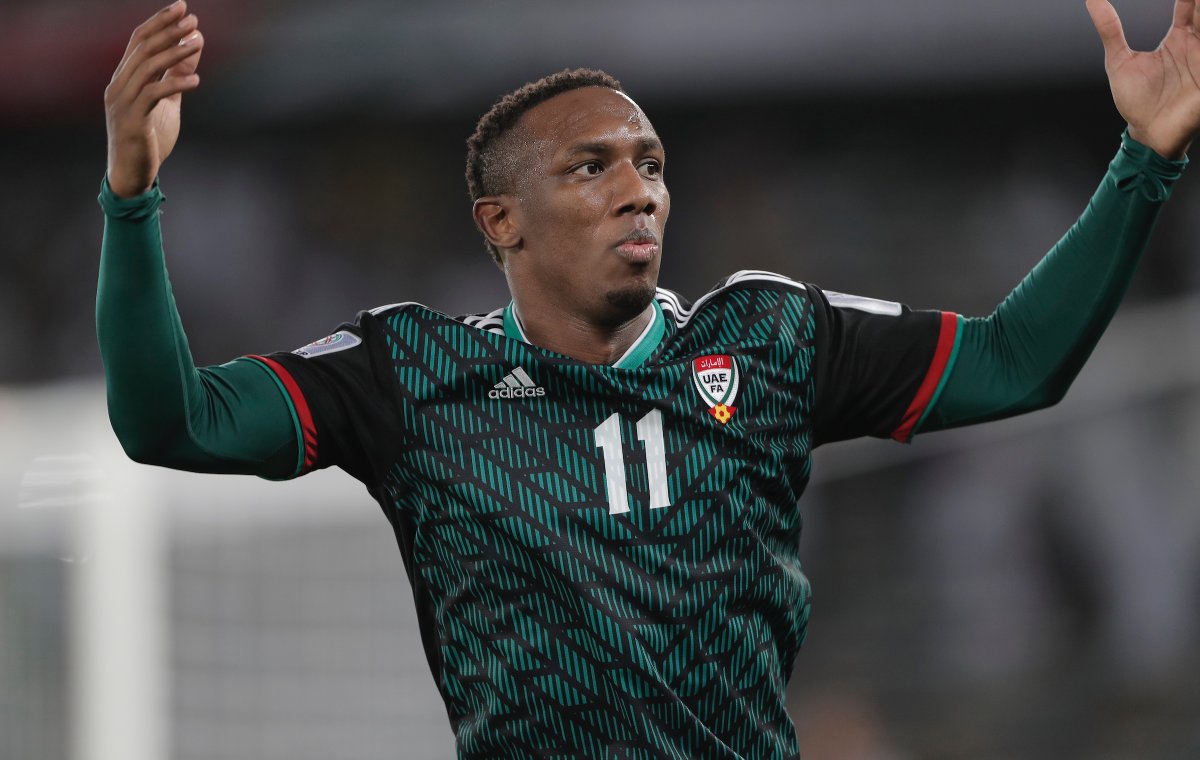 UAE squeeze through to the quarterfinal's of the Asian Cup.

Hosts United Arab Emirates entered this crucial match against the Kyrgyz Republic knowing that their fans would not accept anything less than the qualification to the Quarterfinals of the Asian Cup. The turnout in the stadium further warranted the resentment of the fans with this current set-up.

It was also clear that Zaccheroni wanted to make a statement with the intention of playing attacking football. The line-up including the squad’s most capped midfielder Ismael Matar been given the captain’s armband along with the role to assist Ali Mabkhout in the offense.

The strategy paid dividends as the Italian’s men started off in the front foot with the first opportunity falling in the 9th minute as Matar’s free kick found Ismael Ahmed on the run however the defender was not positioned fittingly, eventually heading the ball over the bar.

Immediately after, Khalfan Mubarak was able to find an open Mabkhout with a beautifully lobbed pass however, the attacker did not sense the onrushing Kyrgyz captain Valerii Kichin who was able to race Mabkhout and toe the ball away for a corner.

However, the resulting play saw the hosts breaking the deadlock in the first fifteen minutes as Khameis Ismael found himself in the right place at the right moment to meet the initial header of Khalifa Mubarak from a corner taken by the corner.

Mabkhout could have given the Emiratis a two goal cushion after another well placed long ball was lobbed in the Kyrgyz 18-yard box however the striker failed to connect on it.

Nonetheless, the visitors responded to the Emirati onslaught in the 26th minute as forward Mirlan Murzaev broke through the Emirati defense as he received a perfectly timed ball from Akhlidin Israilov, eventually going around the keeper Khalid Eisa to score the equalizer.

The Emiratis came close right before the half ended as Matar’s left footed strike from outside the 18-yard box was slightly off target not concerning the Kyrgyz keeper Kutman by any means.

UAE started strong in the second half as it was Mabkhout who yet again squandered an opportunity to give his nation the much needed lead. The striker misplaced his header from a perfectly whipped ball by winger Bander Al-Ahbabi.

A few minutes later it was the Kyrgyz Republic who had the opportunity to take the lead after a strike at goal from Kichin deflected off the crossbar in the 53rd minute, to the relief of Khalid Eisa.

The visitors kept the pressure as a long range effort in the 58th minute from Bekzhan Sagynbaev was meshed by the shot stopper Khalid Eisa for a corner. The resulting play kept the Abyad’s on their toes.

Mabkhout finally entered his name on the scoresheet making it 2-1 to the hosts in the 64th minute as Amer Abdulrahman’s floated pass found Mabkhout in acres of space behind the Kyrgyz defense with the only option to have a go at goal which whizzed past the keeper who was in no position to stop it.

Ten minutes later substitute Ismael Al-Hammadi found himself on the receiving end of an exquisitely lobbed ball from his captain placing it into the far corner past the keeper, however the play was called back by the officials as Al-Hammadi had strayed offside.

Repeated offensive onslaughts from the Kyrgyz players were appropriately dealt with by the Emirati defense to keep the score at 2-1 until substitute Tursunali Rustamov deceived his marker to rise high and head the ball past keeper Eisa in extra time tying the match once again.

It was Mabkhout once again, who was in perfect position to give the hosts the lead after the striker was loosely marked leaving him in a 1v1 situation with keeper Kutman, however his attempt at goal sailed well over the cross bar.

The striker was wasteful yet again as he failed to connect on a whipped ball by Al-Hammadi in the 98th minute.

However, UAE took the lead in the 103rd minute courtesy of a penalty converted by super sub Ahmad Khalil after Kutman was adjudged to have pushed Mabkhout in the back as both went for a 50/50 ball.

Kyrgyz Republic came close to equalizing for a third time as Baktyiar Duishobekov’s header hit the crossbar in the 106th minute as Eisa could only watch it go by.

Rustamov came close to take the game into penalties in the dying minutes but his strike was parried away by the crossbar.

UAE held on to finish the hard fought contest at 3 – 2. The win sees the UAE go on through to the quarterfinals where the Australians await after they beat the Uzbeks on penalties.