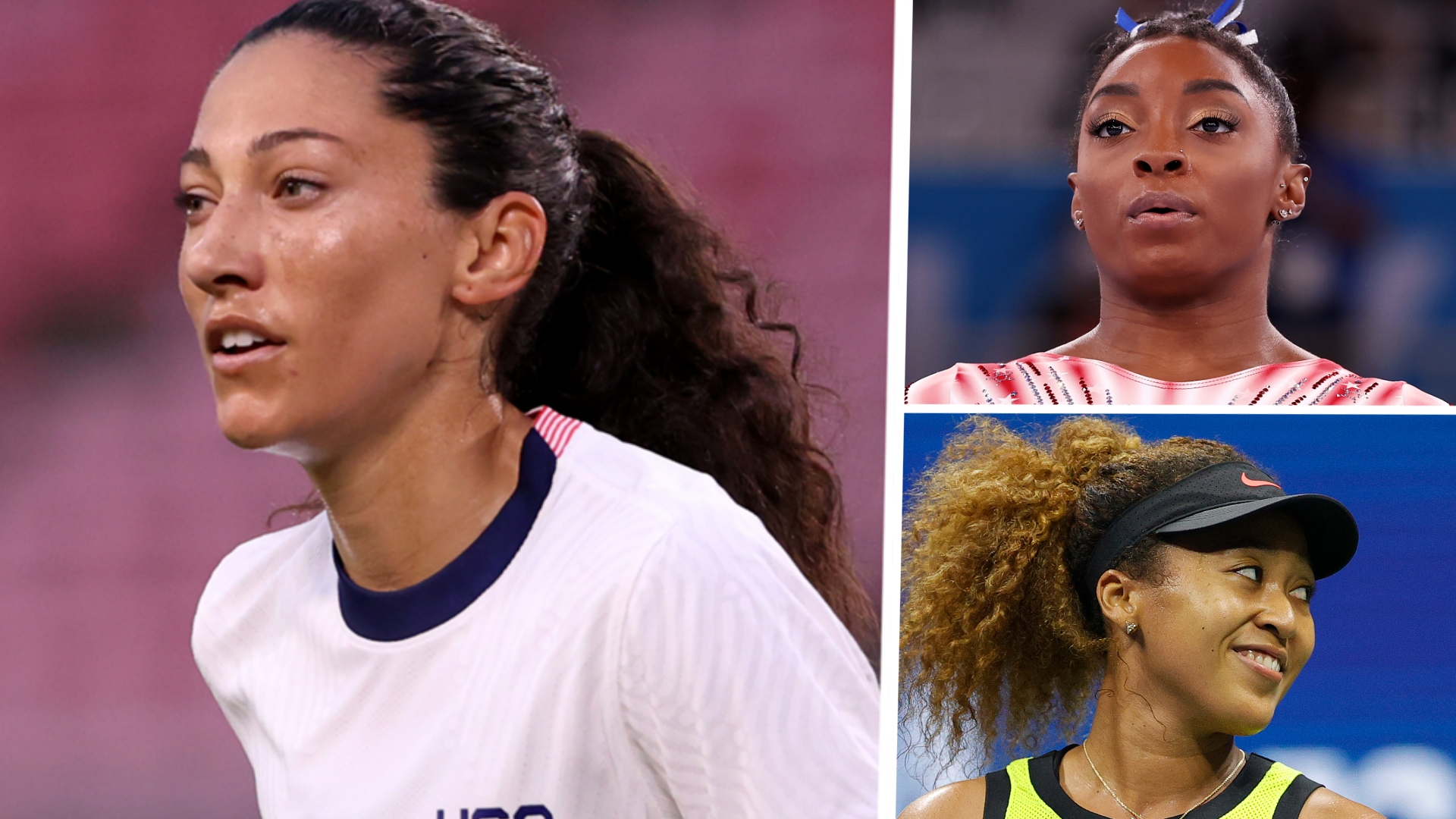 Christen Press was burned out, and she wasn’t afraid to say so.

After 10 years as a pro, the U.S. women’s national team star said that the “focus, intensity, and prioritization” needed to keep playing at the highest level had worn her down. She added that after her mother passed away two years ago, she hadn’t given herself a chance to grieve properly.

And so, she stepped away.

Prior to this month’s two USWNT friendlies, Press announced she’d be taking some time away from the game. With her club rights now held by Angel City FC, which won’t begin NWSL play until 2022, it could be several months before she comes back.

Mental health in sports has become a major talking point in the last year as a life-altering pandemic has dovetailed with an increased understanding that mental injuries can be just as damaging for pro athletes as physical ones.

Two of the world’s most famous athletes, Simone Biles and Naomi Osaka, brought the issue even more to the fore this year when both stepped away from their sports in a very public way. Biles even did so mid-Olympics.

“Christen being able to know herself and know that she needed to take time away is very admirable and I think the same for Simone and Naomi,” said USWNT forward Lynn Williams.

Williams added that athletes are “going into a job that you not only have to mentally be on all the time but you’re physically exhausted too. So, if somebody needs a mental break and to take that time for themselves, I think that's what's most important.”

For many, the pandemic may have been a breaking point. The USWNT dealt with several months of inactivity in 2020 before finally returning in the latter part of the year. But when they came back, it wasn’t the same open environment as before.

The team has adhered to strict protocols when gathered together, limiting the amount of time each player can interact with the outside world, and even their own teammates.

“I think that Covid is taking a harder hit on people than we all realize,” Williams said.

The pandemic’s effect was acutely felt in this summer’s Olympics. The Games are supposed to be a celebration of sport that brings people together from all over the world. But this summer felt much different. Rather than a celebration, the Tokyo Games felt more like a hermetically sealed requirement. There were no fans and no interaction with the outside world.

“We tried to do the best we could at the Olympics, but it was really difficult,” U.S. star Alex Morgan explained. “Not being able to go outside, always sitting at the same table with the same three people for every meal for 38 days; things like that wear on you.”

The USWNT did not look like themselves in Japan, finishing with a bronze medal after entering the Olympics as heavy favorites to win gold. It wouldn’t quite be accurate to blame the team’s underperformance on the isolation, as every team in Japan dealt with the same circumstances, but it’s clear they affected the U.S. in a profound way.

“For me, the Olympics was just mentally exhausting,” Morgan said. “I'm still not only processing the result and the journey that we had in the Olympics, but also the after-effects, all of the emotions that come along with it.”

With an increased awareness of their own mental state, USWNT players have tried to cope in various ways.

“I lean on my family, I lean on my teammates,” Williams said. “I love going to brunch and going to coffee and just having those little grasps at normalcy and time to relax and reflect.”

“I've worked with a sport psych/mental coach, whatever you want to call him, for over a year,” said Mallory Pugh. “And that's helped me tremendously. And it's not even on-the-field stuff, I feel like it's helped my whole life and just the way I view things. So, I'm a huge, huge advocate for that.”

During the Olympics, Press herself was asked about how she deals with the stress of being a pro athlete in 2021.

Press taking a step back is a reminder that for all of the privileges that come with being a pro athlete, there are also unique stressors. More than anything, it is a reminder that every athlete – no matter how rich or famous or successful – is still human.

“As much as I think we put on a face for the public and everything,” Morgan said, “a lot of us struggle in our own ways privately.”