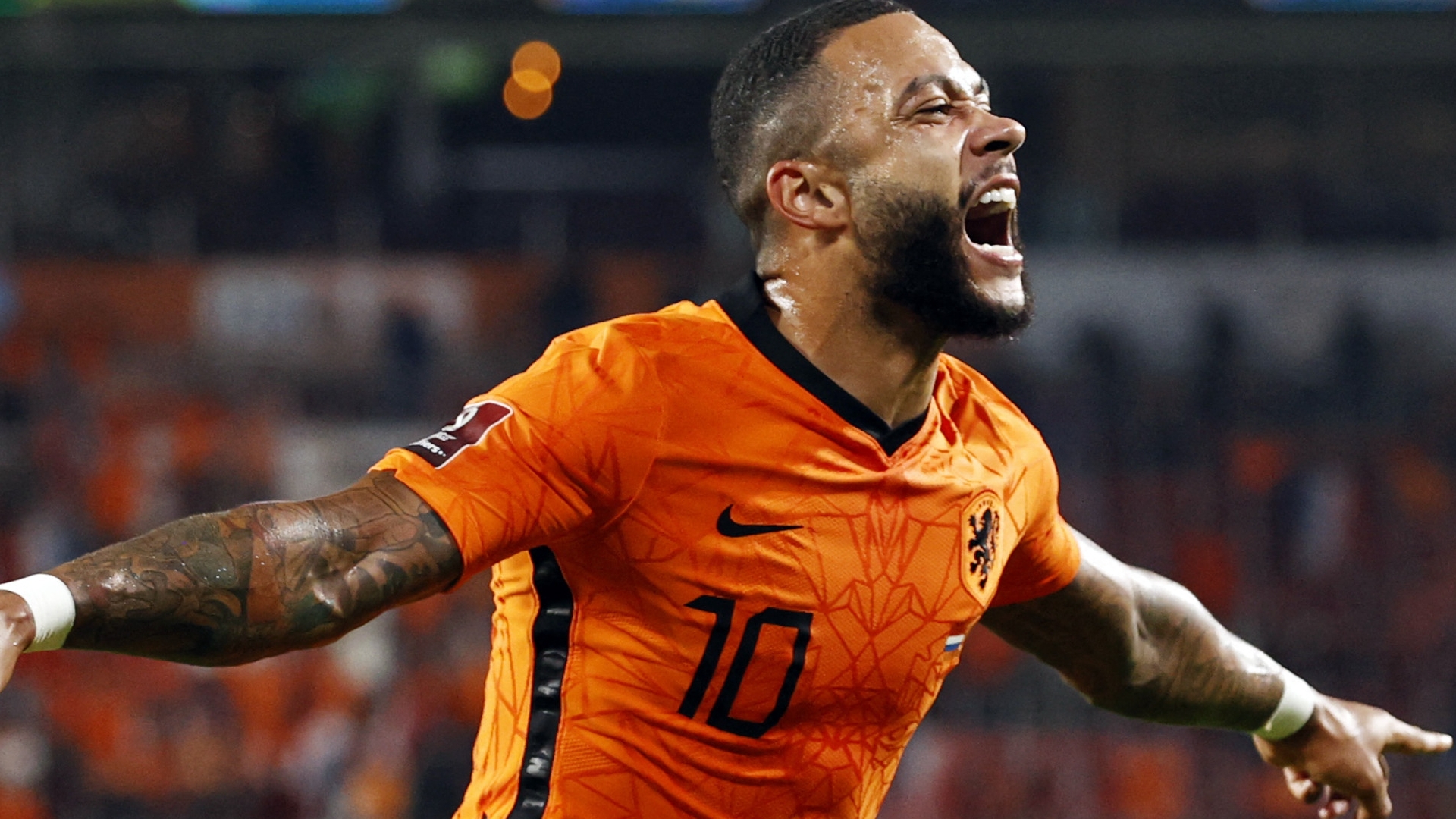 Memphis Depay equalled Johan Cruyff's goal record for Netherlands as the star attacker scored his first hat-trick for his country on Tuesday.

Depay struck three times and set up another in the Oranje's 6-1 home win against Turkey.

The Barcelona player now has 33 goals to his name for his country from 71 appearances.

Where is Depay in the goal charts?

Depay's impressive display in the World Cup qualifying match saw him break into the top 10 in his country's list of all-time top scorers.

He pulled level with Wesley Sneijder with his first goal before surpassing the former captain with his second in the first half.

Depay then knocked the ball over the line in the second period to move him up to joint-eighth in the list.

He is now level with football icon Cruyff and Abe Lenstra, who represented the Netherlands in the 1940s and 1950s.

But while Depay has 71 caps to his name, Cruyff managed to net 33 goals for the Oranje in just 47 matches, helping them reach the 1974 World Cup final along the way.

33 – Memphis Depay has scored his first hat-trick for the Netherlands and has equalled Johan Cruyff and Abe Lenstra as joint 8th top goalscorer for @OnsOranje. Elite. #NEDTUR pic.twitter.com/eG1AvWnLtz

What did Depay say?

Depay said after the game that he hopes to climb even further up the national team's goal chart, while he admitted that he could have performed even better against Turkey.

"I'm happy, but I expect more from myself. People think that I'm always floating and that everything is going well," he said to NOS.

"I'm important and threatening, I always will be, whatever happens. I thought it was a great evening with a great atmosphere, I hope everyone enjoyed it.

"[Cruyff and Lenstra] are two legends, you can't compare them to anyone. They have done so many defining things and put Netherlands on the map.

"For me it's great that I keep scoring goals and that we win. I strive for more. I want to be in the top three of the top scorers list."

Depay in great form for Oranje

The 27-year-old has been in spectacular form for Netherlands over the last year, smashing in 14 goals in his last 14 appearances.

He is off to a good start at new club Barcelona, too. Depay has scored two and assisted one as the Camp Nou side have taken seven points from their first three matches in La Liga.