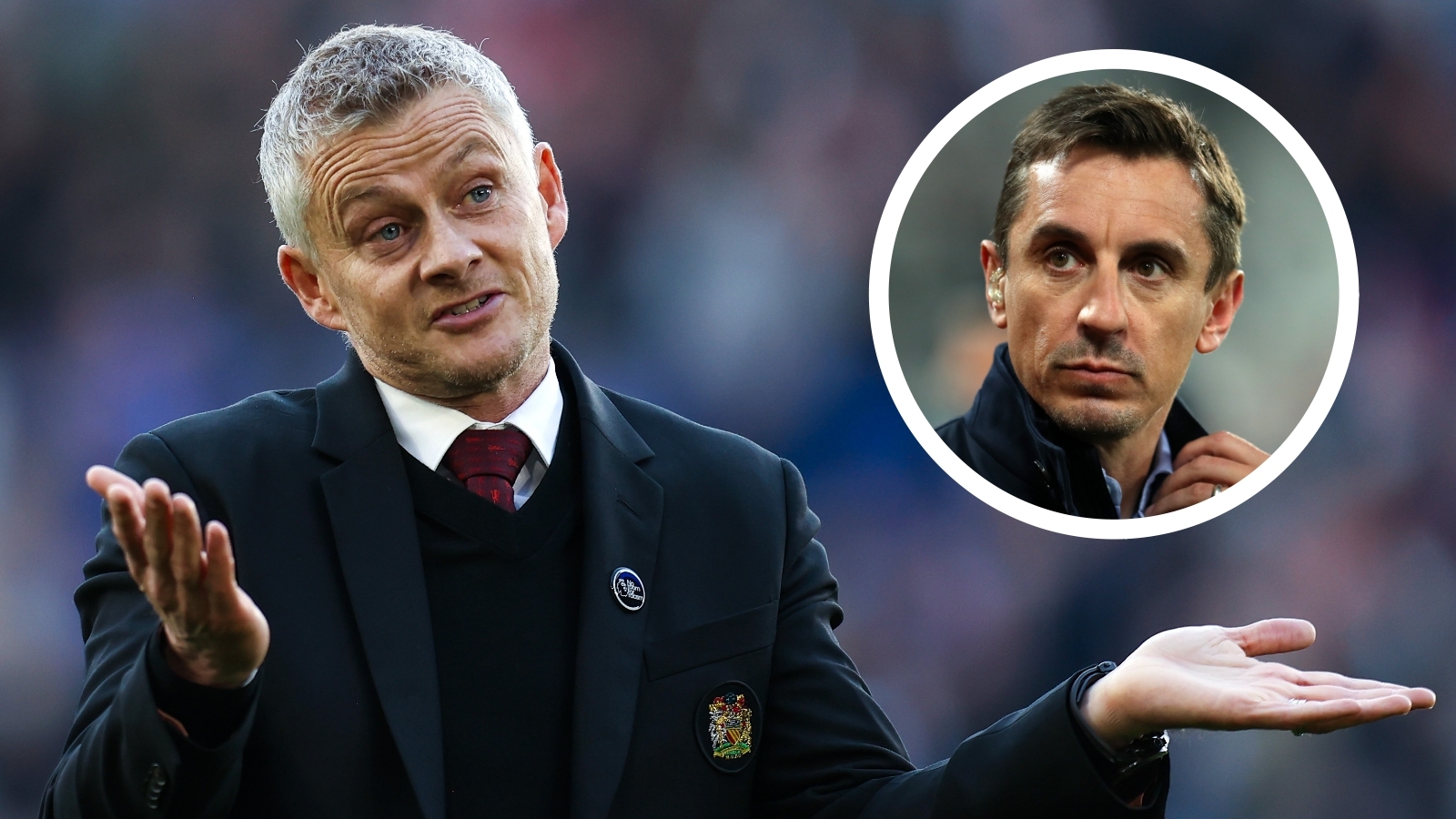 The pundit has again ripped into the underperforming Red Devils, this time questioning their character

Gary Neville has again used his Sky Sports platform to slam an underperforming Manchester United side that let Leicester City overrun them in a 4-2 defeat on Saturday.

Speaking on the Monday Night Football show, Neville called United players "babies" with too much ego to play well together. He compared their performances to those of Manchester City and Liverpool, who he said "work like dogs" to earn results.

United are down to sixth place in the Premier League and are five points behind league-leading Chelsea.

"United were appalling all the way through," Neville said. "In the second half there was a massive, massive change - Leicester looked like they could score with every single attack.

"United are just baggy, there's space everywhere and they're a pretty awful team to watch when they're baggy. They must think they're better than they are. You end up with two teams: the front five, the egos, the great players, and the back five.

"You've got individual errors, but also a disconnected team. This United team are also really poor in reacting to goals. They're like babies. If they score, they puff their chests out. Really basic errors.

"City and Liverpool's players work like dogs, and they're the best players in the world. Why is it that we accept United's players won't work as hard as them? Ole [Gunnar Solskjaer] has to get the best out of them. If he doesn't, he's going to have a massive problem at the end of the season."

How much more patience will Manchester United have with Ole Gunnar Solskjær? 🤔@Carra23 and @GNev2 discuss how much pressure the Man Utd boss is under and why now is not the time to panic

Not a Pogba problem

"I don't believe this is a [Paul] Pogba problem," Neville added on the often-criticised midfielder. "I saw attackers flailing around at team-mates they don't like - and that has to stop.

"What Ole has to somehow prove is that he can get top players to work hard. United's forward players are not organised, they need to put a shift in."

United full-back Luke Shaw recently said the club's mentality was greatly improved after the signing of Cristiano Ronaldo - but that has yet to bear fruit on the pitch.

It's open season on Solskjaer and his players right now among pundits and even club legends.

They meet Atalanta in the Champions League on Wednesday needing to avoid defeat at all costs.