'Does Kroos have kids?' - Aubameyang responds after criticism from Real Madrid star for mask celebrations 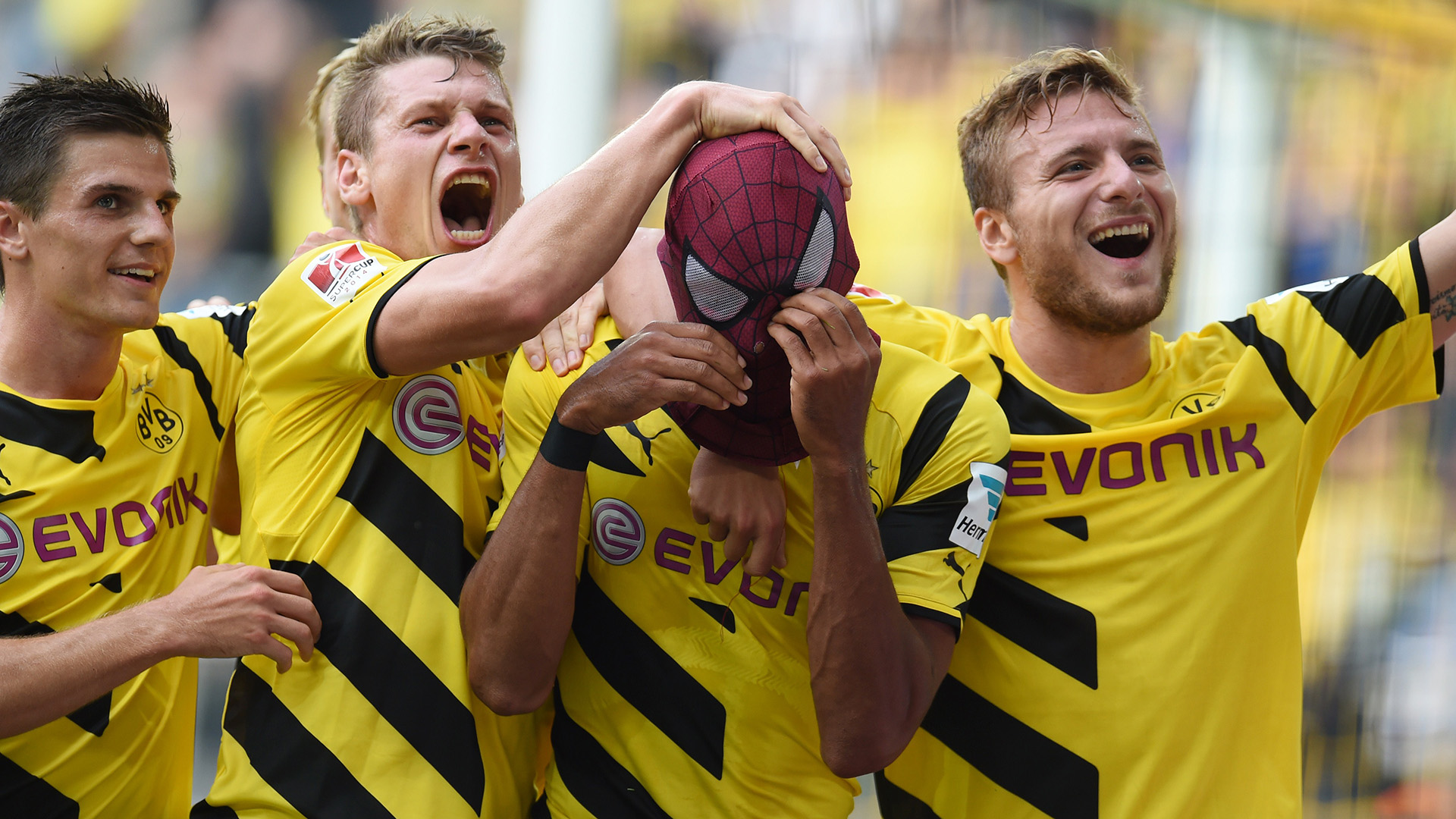 The Germany international had said he finds pre-planned goal celebrations "very silly", with the Arsenal star less than impressed with the comments

Pierre-Emerick Aubameyang has responded to Toni Kroos's criticisms about the mask celebrations he has performed in the past, insisting that he will continue to do them as they make children happy.

The Arsenal forward has been known to mix up his goal celebrations, with the Gabonese having donned a Spiderman mask after scoring during his time with both Saint-Etienne and Borussia Dortmund.

Aubameyang also celebrated a goal for Arsenal in the Europa League in 2019 by putting on a Black Panther mask.

Raul Jimenez has also put on a mask as part of a goal celebration, with the Wolves striker performing a WWE tribute after his goal in a 3-2 FA Cup semi-final defeat to Watford in 2019.

Indeed, players have been creating their own celebration tributes and routines for years, with Barcelona forward Antoine Griezmann having simulated dance moves from the video game Fortnite in the past.

By the way
Does this @ToniKroos have Kids?
Just to remember i did it for my son few Times and i will do it again
I wish you have Kids one day and make them happy like this Junior School pupils Talk 🙏🏽👊🏽 and don’t Forget #maskon #staysafe 🤡bis https://t.co/J4ZF1XGlsU

Real Madrid midfielder and Germany international Kroos has been less than impressed with what he has seen from his fellow professionals, branding the decision to come up with pre-planned celebrations "very silly".

Speaking on his Einfach mal Luppen podcast, Kroos had said: "I find it (choreographed celebrations) very silly. Even worse is if there are any objects hidden in their socks. Aubameyang once celebrated and took out a mask. That's where it ends with me. I don't think that's a good role model, either. What nonsense."

Aubameyang was not happy with Kroos's comments, issuing a response on social media defending his decision to celebrate with a mask, insisting he does it to bring a smile to the faces of children who follow football.

The 31-year-old wrote on social media: "By the way - does this Toni Kroos have kids? Just remember, I did it for my son a few times and I will do it again. I wish you have kids one day and make them happy like this junior school pupil. And don’t forget #maskon #staysafe."

The Twitter post was accompanied by an image of a picture of Aubameyang as a superhero that had been drawn by a child, who had seemingly been set a school assignment to convey what "happiness" meant for them.

The Gunners star couldn't resist aiming another dig at Kroos in a later post, as he quoted a picture of himself celebrating a goal for Dortmund with Marcos Reus in a Batman mask with the caption: "Send Toni Kroos congratulations for his 3 Kids cordially your Batman and Robin."

Send @ToniKroos congratulations for his 3 Kids cordially your Batman and Robin https://t.co/JUOYPhuC0X