Sadio Mane has gone and Darwin Nunez has arrived at Anfield, but it is the Portugal international who stands to be the biggest beneficiary

As one era ends at Liverpool, so another begins.

The ‘famous front three’ is no more, Sadio Mane the first of the musketeers to depart after six glorious, trophy-filled years on Merseyside.

“It’s a big moment,” admitted Jurgen Klopp after Mane’s move to Bayern Munich was confirmed on Wednesday. The Reds, he added, were waving goodbye to “one of the best players in world football…a legend, for sure, but also a modern-day LFC icon.”

Replacing him will be tough, to say the least. Liverpool have lost players before, and fine players at that, but not since Luis Suarez in 2014 have they lost one who was so integral to the way they play.

For so long, Klopp has been able to call upon Mane’ brilliance, his durability and his consistency. He has been able to rely on that devastating link-up between Mane, Roberto Firmino and Mohamed Salah - a combination which brought 338 goals over the past five seasons, including 65 in the campaign just gone.

Now, the question is whether he can build a second great Liverpool attack, one capable of maintaining, or even improving upon, the standards set in recent years.

A daunting prospect, for sure, but the process is already well underway. Mane’s talents will be missed, no question, but Liverpool have not been left high and dry by his exit.

In terms of forward options going into the new season, the pieces are already in place. The Reds moved swiftly to nab Luis Diaz from Porto in January, while a deal to bring teenage prospect Fabio Carvalho to the club from Fulham was set up months ago. The 19-year-old will arrive officially on July 1.

He will be joined for pre-season by Darwin Nunez, signed earlier this month from Benfica for what could end up being a club-record £85 million ($104m) fee.

Diaz and Nunez, in particular, are the ones who will be viewed as ‘the Mane replacements, but it is another Reds forward who may benefit most from the Senegal star’s departure, and by any subsequent tactical reshuffles from Klopp.

To borrow a cricketing phrase, Diogo Jota finished last season “a little bit out of nick”, failing to score in any of his last 13 appearances, and finding himself left out of the team for both the FA Cup and Champions League finals.

It was the Portugal international, more than anyone, who seemed to suffer as a result of Diaz’s mid-season arrival. With the Colombian hitting the ground running, and with Mane finding a new lease of life as a No.9, Jota’s influence clearly waned as the campaign reached its conclusion. 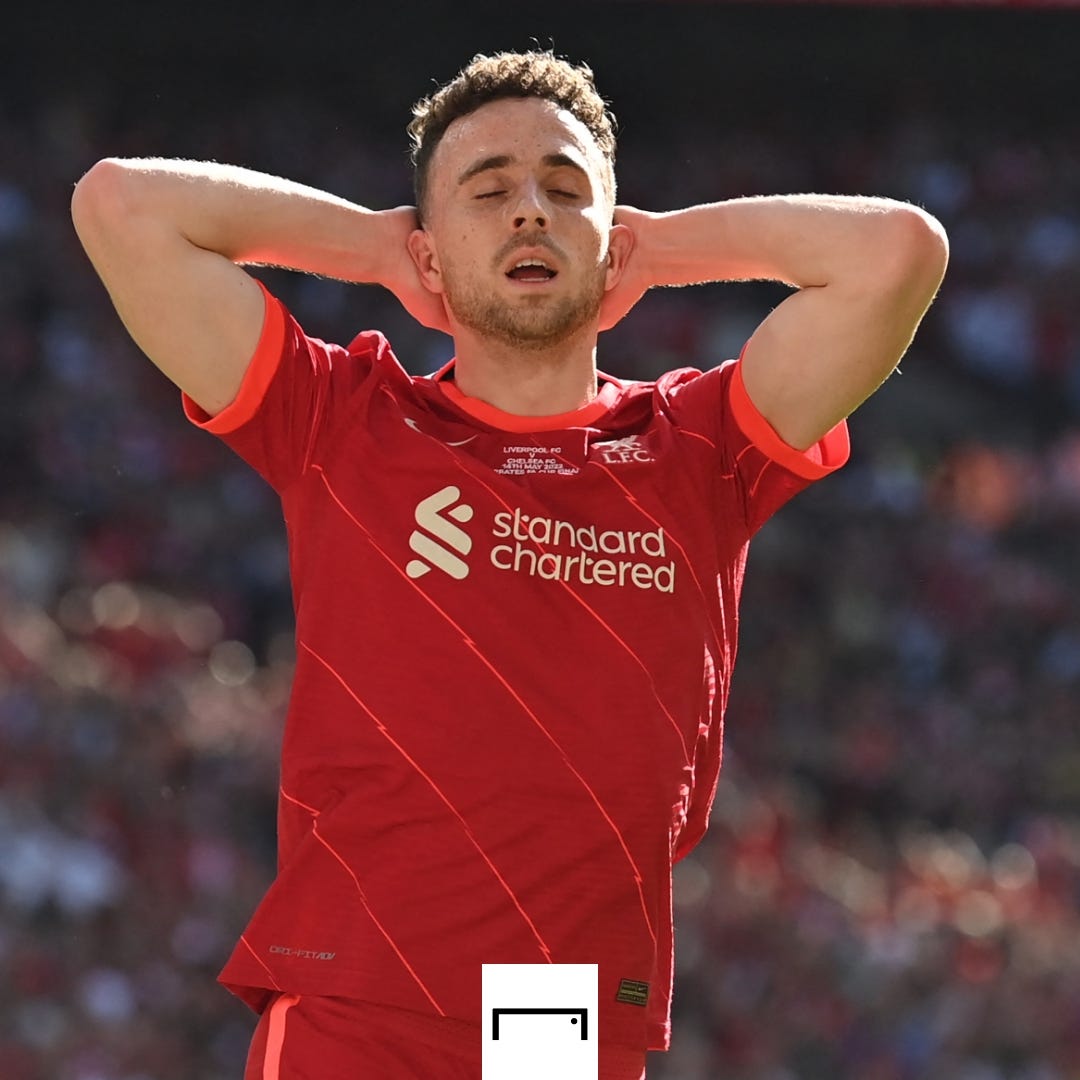 And yet he still finished with 21 goals in all competitions, 10 more than Firmino and only two fewer than Mane. He scored away at Manchester United, Everton, Tottenham, Arsenal (twice) and Manchester City, three times he held his nerve to score a vital, sudden-death penalty in a shootout, and on 14 occasions it was he who grabbed Liverpool’s first goal in a game.

His all-round game may need a little work - his first touch, for example, comes up short when compared to Salah, Diaz or Firmino - but we can expect Jota, with his versatility, attitude and goalscoring instinct, to play a huge role in the post-Mane era at Anfield, especially if, as has been widely suggested, we start to see Liverpool experiment more with a 4-2-3-1 or 4-4-2 system this season.

The players are certainly there to do so. In Salah, Diaz, Jota, Nunez and Carvalho, Klopp has five stellar options, all of whom are comfortable playing either wide or centrally, and while Firmino’s days as a surefire starter may be gone, the Brazilian’s selflessness and intelligence means he remains a more than valuable asset, either as a No.9 or a No.10, in what is likely to be his farewell season.

At Liverpool, Jota’s best work has come when playing instead of Firmino as a centre forward, but at Wolves he often excelled operating as a second striker alongside Raul Jimenez, and it is not hard to seeing him combining well with Nunez, whose natural tendency seems to be to drift left before arriving powerfully into the penalty area. 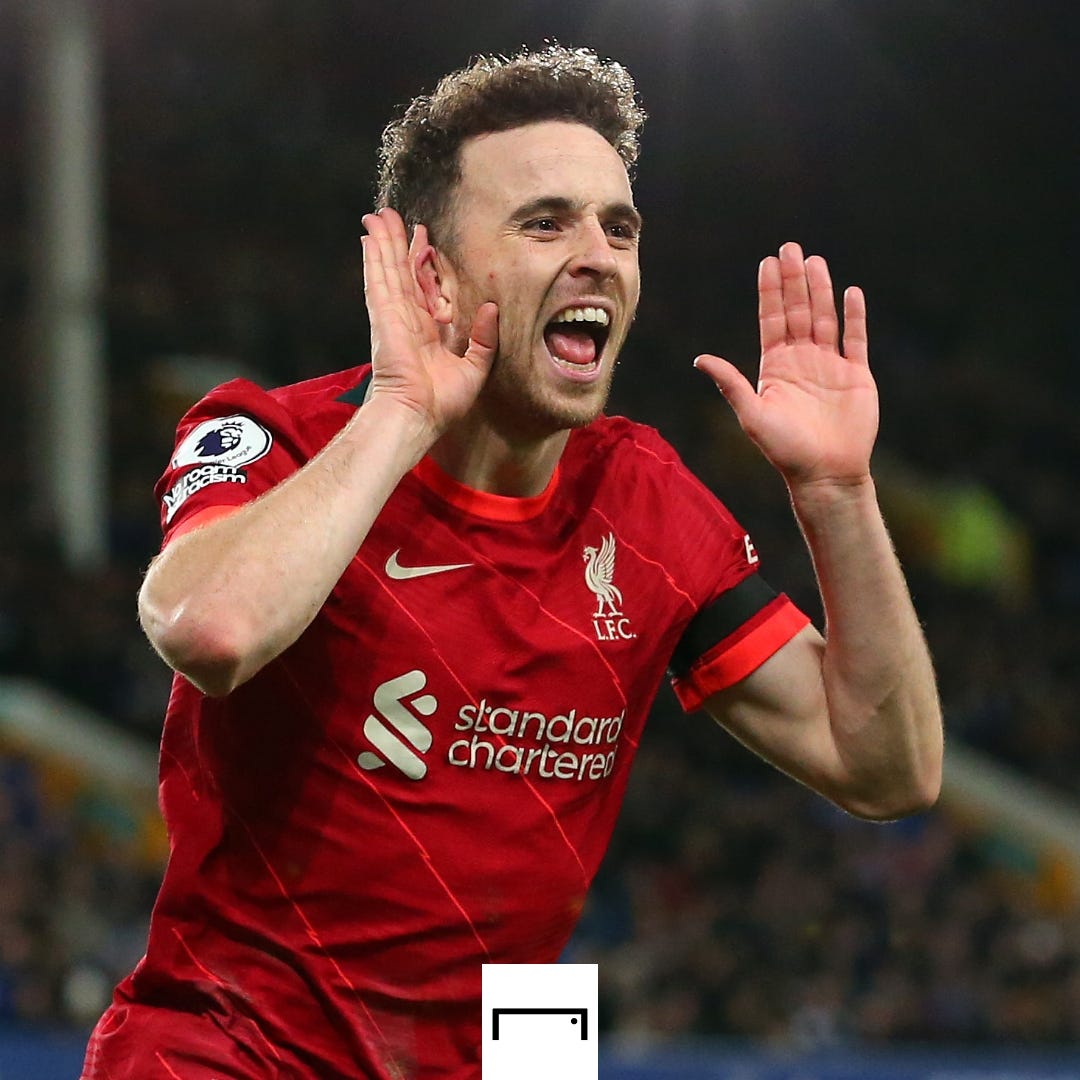 We should not expect a sea change in the way Liverpool play. Their way, generally, is to dominate the ball and to create overloads in wide areas. Their full-backs, Trent Alexander-Arnold and Andy Robertson, will remain key, and they will persist with the high defensive line, led by Virgil van Dijk, which enables them to compress the game in the opponents’ half.

But what they will have is flexibility and perhaps a little more unpredictability too, in terms of selection. Salah, naturally, will start the majority of games, but Klopp should be able to mix and match elsewhere, changing formation and personnel to suit the opponent and the schedule, and doing so far more regularly than in previous years.

We saw signs of it last season, when 21 players featured in 20 or more games in all competitions. Stealthily, Liverpool have built a squad of players that can all contribute when needed, and even the loss of Mane, or other less-heralded names such as Takumi Minamino and Divock Origi, shouldn’t damage that.

All eyes, naturally, will be on Nunez, given the reputation and the price-tag with which he arrives, while it will be interesting to see whether Diaz can continue the sparkling form he showed after his move. Anfield insiders believe it won’t be long before Carvalho, who is viewed very much as a forward/No.10 option for now, is pushing for inclusion, and Firmino, surely, will be determined to end his Reds career on a high.

As for Jota, he knows how important he is to Liverpool at his best. “A pressing monster,” says assistant manager Pep Lijnders. “A world-class finisher,” says Klopp.

He may have faded last season, but expect his star to shine bright again before long. Mane’s exit, and Nunez’s arrival, may well be the making of him.