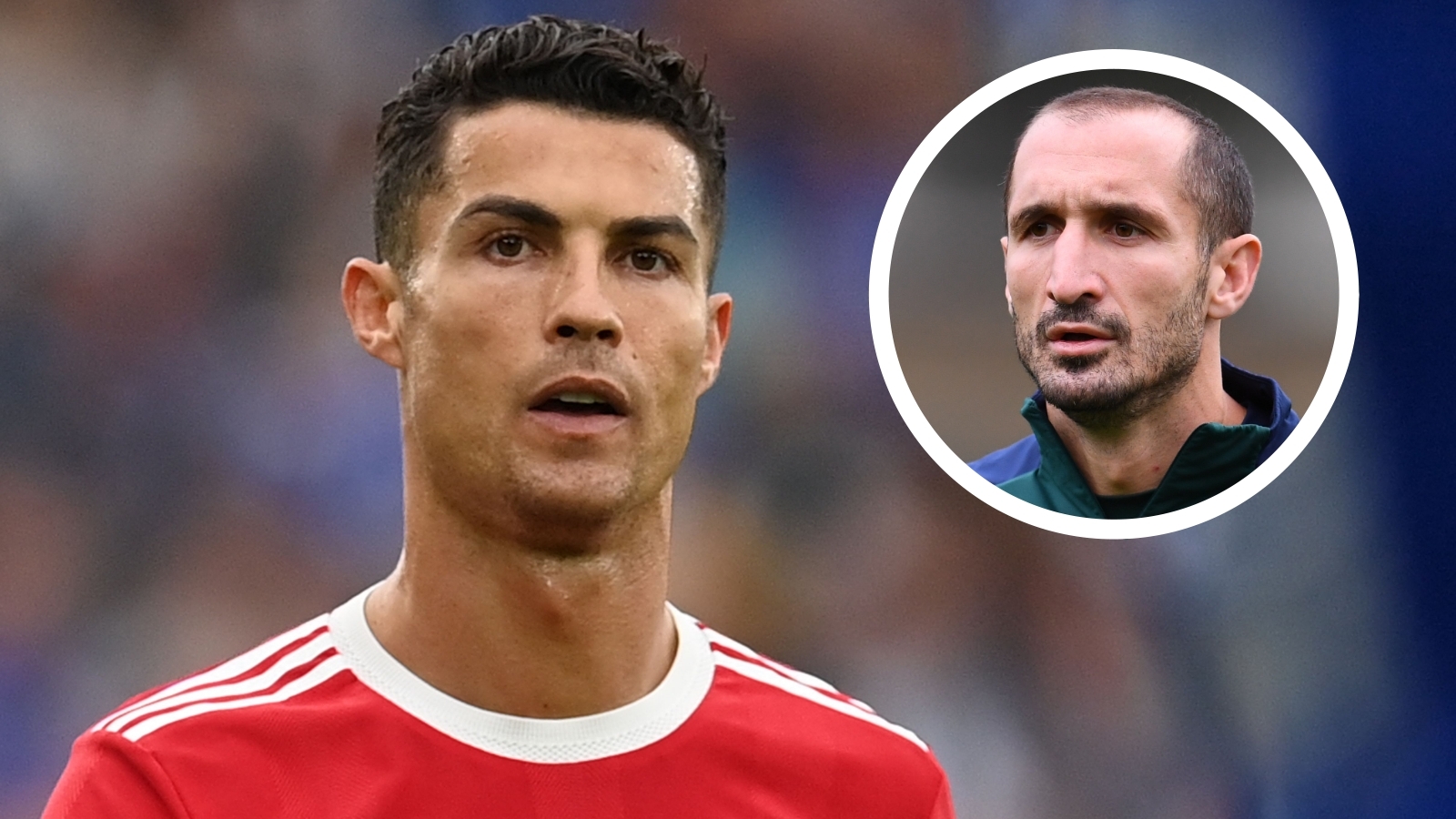 Giorgio Chiellini admits that Juventus “paid” for the “shock” of allowing Cristiano Ronaldo to leave for Manchester United late in the summer transfer window, with the veteran defender conceding that he would have been better for all concerned if the Portuguese had “left earlier”.

A change of scenery for a five-time Ballon d’Or winner was mooted long before a stunning agreement was put in place that freed a 36-year-old icon to retrace his steps to Old Trafford.

There were, however, just a few days left for Juve to get a suitable replacement on board when the Red Devils swooped in, with Serie A heavyweights stumbling out of the blocks in 2021-22 after seeing a talismanic presence removed from their ranks.

Long-serving defender Chiellini has told DAZN of Ronaldo’s decision to leave, which did come as a massive surprise to those in Turin: “We had arrived at a point in our relationship where Cristiano needed new goals and a team that would play for him, because when he finds a team like that he is decisive. He is proving it in these months and he has also shown it with us.

“Here at Juventus, a programme of rejuvenation and restarting was born. If Ronaldo had stayed, he would have been an added value, but it is normal that he thought more about the present than the future.

Juve went winless through their opening four Serie A games this season, but have now emerged victorious in their last seven matches across all competitions.

The Red Devils are still searching for consistency as a collective, but their No.7 has hit six goals through eight appearances – including a couple of dramatic late winners in Champions League action.

The most recent came in a thrilling 3-2 victory over Atalanta, with Paul Pogba among those left singing the praises of an all-time great at the final whistle.

He has told UEFA’s official website: “Cristiano is Cristiano. It’s just a Cristiano thing that he did. It’s like deja vu.

United will be back in domestic action on Sunday when they play host to old adversaries Liverpool, while Chiellini and Juventus face a heavyweight encounter on the same day as they travel to defending Italian champions Inter.