“I’ll swear you’ll never seen anything like this again!”

And yet here we are all over again. Same scoreline, same dramatic finish and same Premier League champions.

Ilkay Gundogan’s winner here at the Etihad Stadium was a little earlier in the game, but City fans were put through exactly the same trauma.

In fact, at 2-0 down and with just 14 minutes remaining, they were in a state of mourning, looking to Anfield some sort of miracle as Wolves fought to hold off Liverpool.

But Jurgen Klopp’s side always the get job done, as they finally did again by winning 3-1, but it was City who produced the impossible once more.

"Pep Guardiola can't cope, that shot there of him crying says it all" 😭

Full-time scenes at the Etihad!! 🥳🥳 pic.twitter.com/ah3F4fJIkW

Despite having Jack Grealish still available to him off the bench, Pep Guardiola instead turned to Gundogan for his final alteration. It will surely go down as one of the most inspired substitutions in Premier League history.

Moments later, and with the volume at full blast and City incessant, Gundogan emerged at the far post to slide in De Bruyne's cross and send the Etihad Stadium into wild celebrations that they had not seen before - at least for 10 years anyway.

Manchester City turn it around at the Etihad!! WOW!! pic.twitter.com/4tRqwuvJUj

BEDLAM AT THE ETIHAD!

By full-time, Guardiola was in tears, and so too were many of his coaching staff and players, with the hopes of stopping a pitch invasion well and truly gone.

How City got themselves into such a mess in the first place was astonishing. To blow a Champions League semi-final at Real Madrid in the 89th minute was careless, but to have messed up the Premier League title at home to a lower-table Aston Villa side that has lost half of its games this season was unthinkable.

But the tension was clear in every overhit pass, in every every decision to pass rather than shoot, in every panicked moment in the backline.

And when Villa carved out their opportunities, City were too tentative, with Matty Cash stooping to send the visitors in 1-0 up at half time.

Guardiola was more nervous than his players, dropping to his haunches every time the visitors got the ball, and it transmitted to his players and the crowd.

By the time former Liverpool star Philippe Coutinho had scored a brilliant second, City were almost out of options. Step forward Gundogan for a week he will never forget. 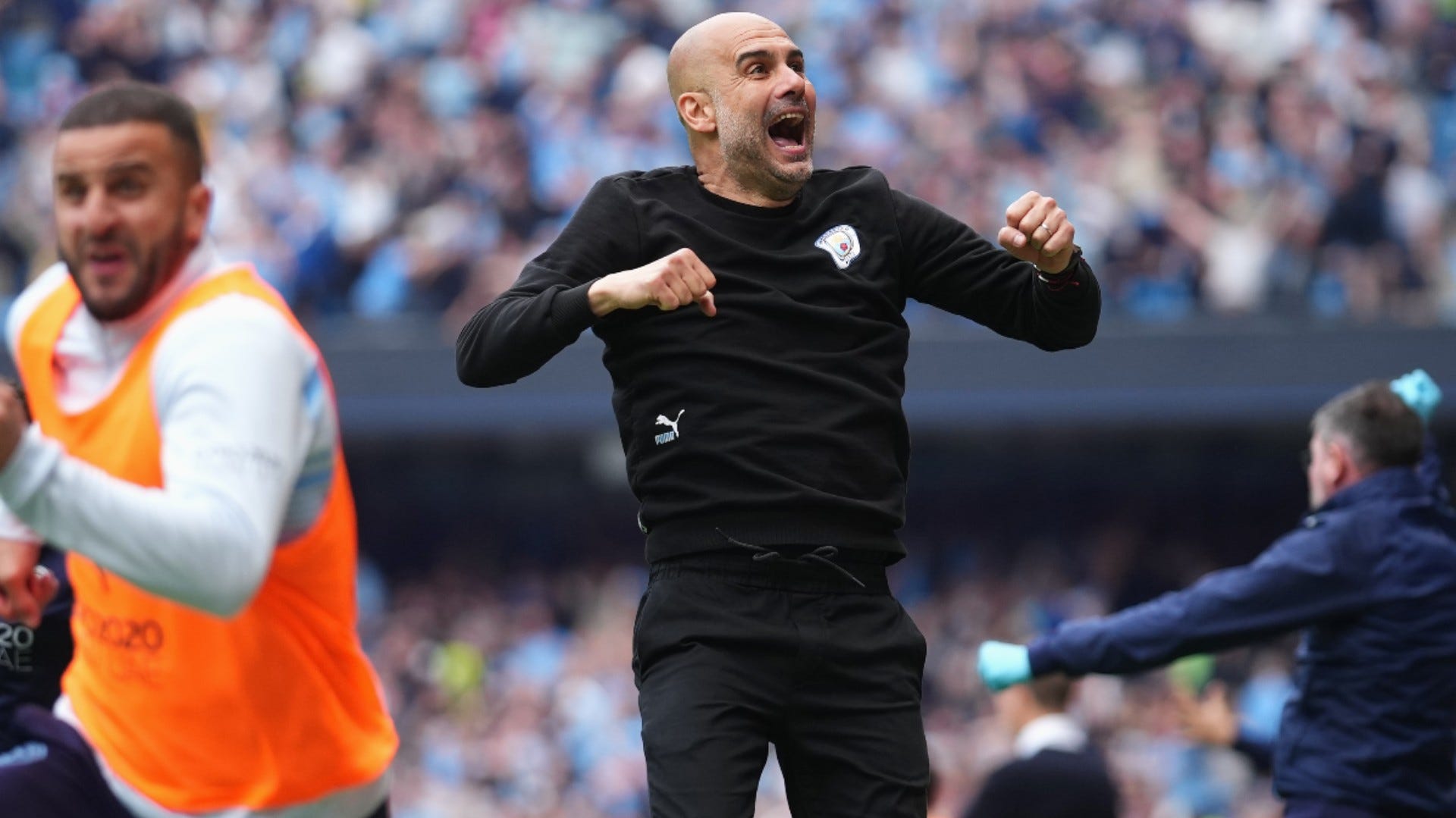 Earlier he in the week, he sneaked off to get married in Copenhagen, and a few days later was able to celebrate the most dramatic moment of his footballing career.

Only last weekend, Aguero unveiled his statue. After another remarkable season, the only question remaining is: where do you want yours, Ilkay?