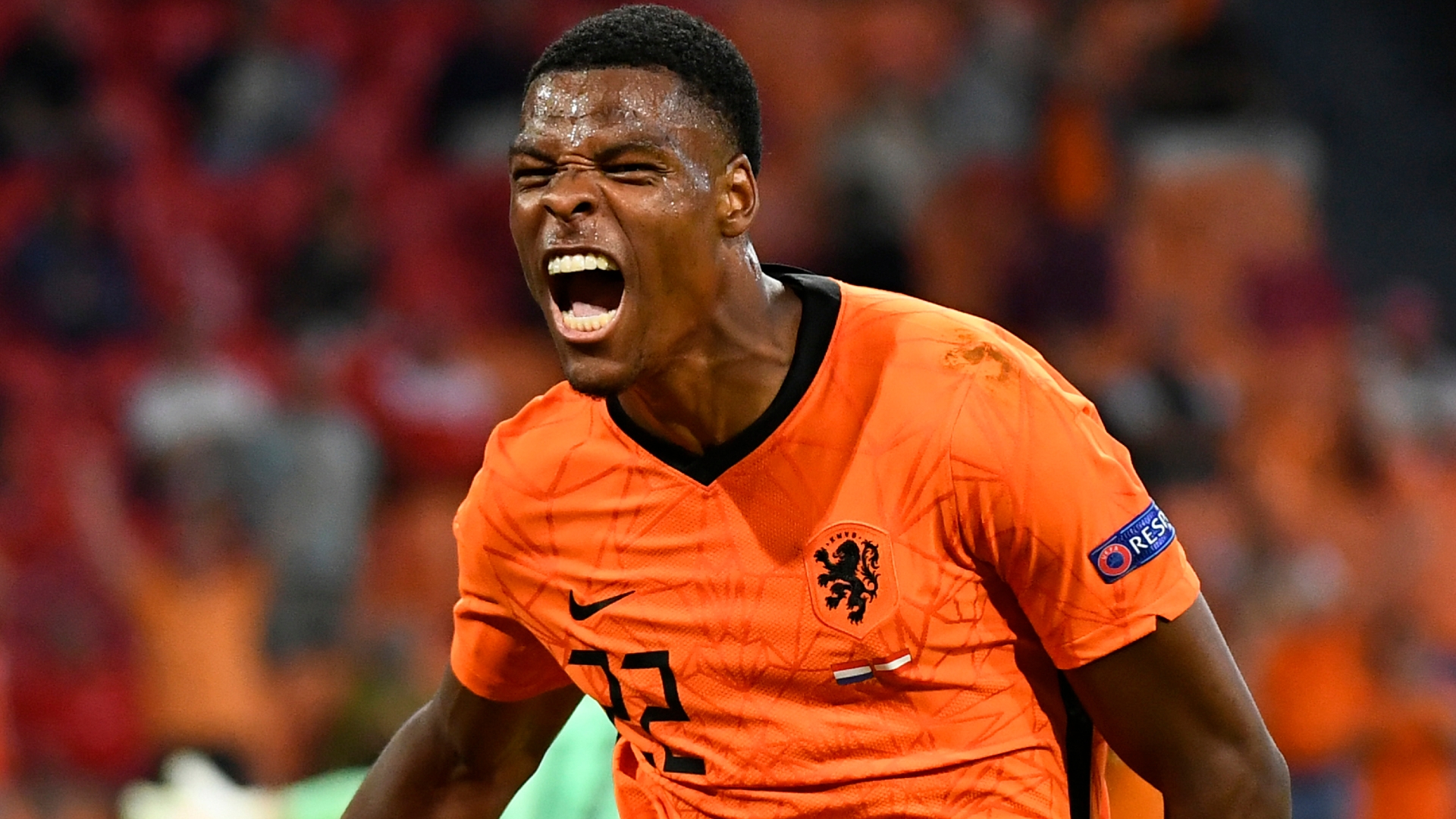 The buccaneering full-back has been catching the eye on international duty, with PSV bracing themselves for bids

Netherlands coach Frank de Boer has no concerns regarding Denzel Dumfries' focus at Euro 2020, with the highly-rated PSV full-back being backed to "deal with" rumours of interest from Bayern Munich and Real Madrid.

A talented Dutch squad have caught the eye on European Championship duty, taking maximum points from the group stage, and have hot prospects drawing admiring glances from across Europe.

Buccaneering right-back Dumfries forms part of that group, with two goals scored at a major international tournament, but De Boer is confident that transfer speculation will not become a distraction for the 25-year-old defender.

De Boer told reporters when quizzed on the Dumfries talk ahead of a last-16 showdown with the Czech Republic on Sunday: "I don’t really have these conversations.

"It’s great for Denzel the way he performed. When you perform on a stage like this, you know people are looking and some clubs will get interested in your performances.

"You want to show yourself at your best. This is great for everybody. So, when there are rumours, it’s normal but I’m quite sure Denzel can deal with it.

"He knows why he is here and this is the most important thing. He will read about it, he will hear about it but I’m not scared he will do strange things because of those rumours."

Another of those in the Dutch ranks to be generating plenty of gossip in the summer window is Donyell Malen - a second exciting talent on PSV's books.

Liverpool are among those to have been linked with the 22-year-old forward, but have seen just 93 minutes of him across three games at the European Championship.

De Boer said of a player with considerable promise and why he is not figuring prominently: "The international breakthrough, this is the highest level. Everybody is looking. It’s also about performing against other opponents.

"He needs to show this every game over and over again. He has the qualities to become a great international player but first he has to show this not only in one game but over several games.

"We are all definitely convinced he can do so and when you know your football you can see the quality of this player, it’s obvious, and it’s normal that everybody likes his quality.

"I know my football and I love the boy. I also like to win."