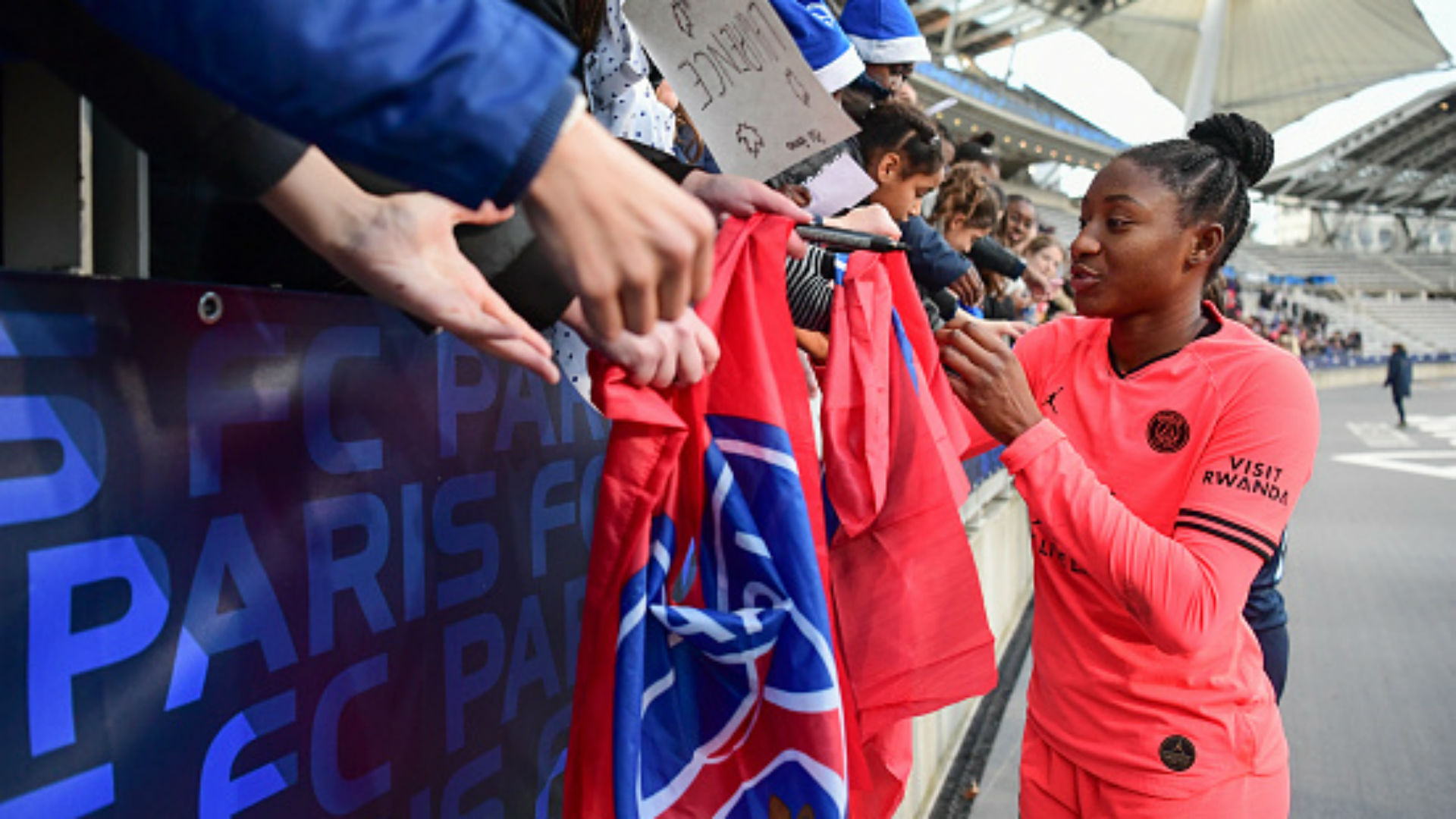 Paris Saint-German striker Kadidiatou Diani has signed a new deal with the club, making her one of the highest-paid female players behind only 2018 Ballon d'Or winner Ada Hegerberg.

The 25-year-old striker signed a new three-year deal on Monday, committing her future to PSG while turning down an offer to join rivals Lyon.

The re-signing of Diani is not the only big deal completed by PSG, who also signed Nadia Nadim to an extension that will keep her with the club through 2021.

Diani's decision was based around her preference of living in Paris, while PSG sporting director Leonardo called her personally to convince her to sign an extension.

The striker had also been in talks with Lyon's Jean-Michel Aulas, who was looking to bring Diani to the club to play alongside Hegerberg in the attack.

Diani has scored 31 goals in 60 league appearances for PSG, having joined the club in 2017 from Juvisy, which is now known as Paris FC.

Additionally, the 25-year-old forward has scored 10 goals while earning 56 caps for the French national team.

Diani has been a member of two World Cup squads as well as France's squad for the 2016 Olympics and 2017 Euros.

At last summer's World Cup, she started as a winger in four of France's five matches, coming off the bench against Nigeria in the lone game where she was not named a starter.

Nadim, meanwhile, joined PSG in 2019, having established herself as a key figure for Denmark over the last decade.

The forward has previously played for the likes of Manchester City, Sky Blue FC and the Portland Thorns.