The Man Utd star is renowned for being one of the most athletic players in football history, but how did he attain his top condition?

There is no player in world football that has drawn more plaudits for his physical qualities and dedication to his craft than Cristiano Ronaldo.

Ronaldo was not born with those traits, though; the rippling physique we see today is a marked transformation from the skinny teenager that arrived at Manchester United from Sporting back in 2003.

So how was the incredible athlete and five-time Ballon d'Or winner created?

With the help of 15 fitness tips Ronaldo revealed himself, Goal takes a look at the secrets behind his strength and speed.

How does Cristiano Ronaldo train?

First thing's first: start with a warm-up to decrease the risk of injury. "In training we do a few laps of the pitch, stretching and cardio warm-up exercises," Ronaldo explains.

"Make sure you do something similar in your training, even if it is jogging to the gym or a warm up on the treadmill or bicycle."

When in the gym, Ronaldo's main workout is split between cardiovascular training - such as running and rowing - and weights. "Mix it up," Ronaldo advises - as well as keeping things interesting, it's important to ensure all areas of the body are targeted and exercises improve both strength and stamina.

On the pitch, the focus is on high-intensity drills that reflect match situations. "We do a lot of sprinting drills in training and they can be incorporated into your workout whether you are in the gym or outdoors," Ronaldo says. "Try and add it to every workout you do."

Workouts are not restricted to the time Ronaldo spent at training facilities, though. "Fit in exercise wherever you can," he adds.

"You can do an abs workout in your bedroom when you wake up in the morning or before you go to bed. If you get into a routine then it makes it easier as it will become a habit." 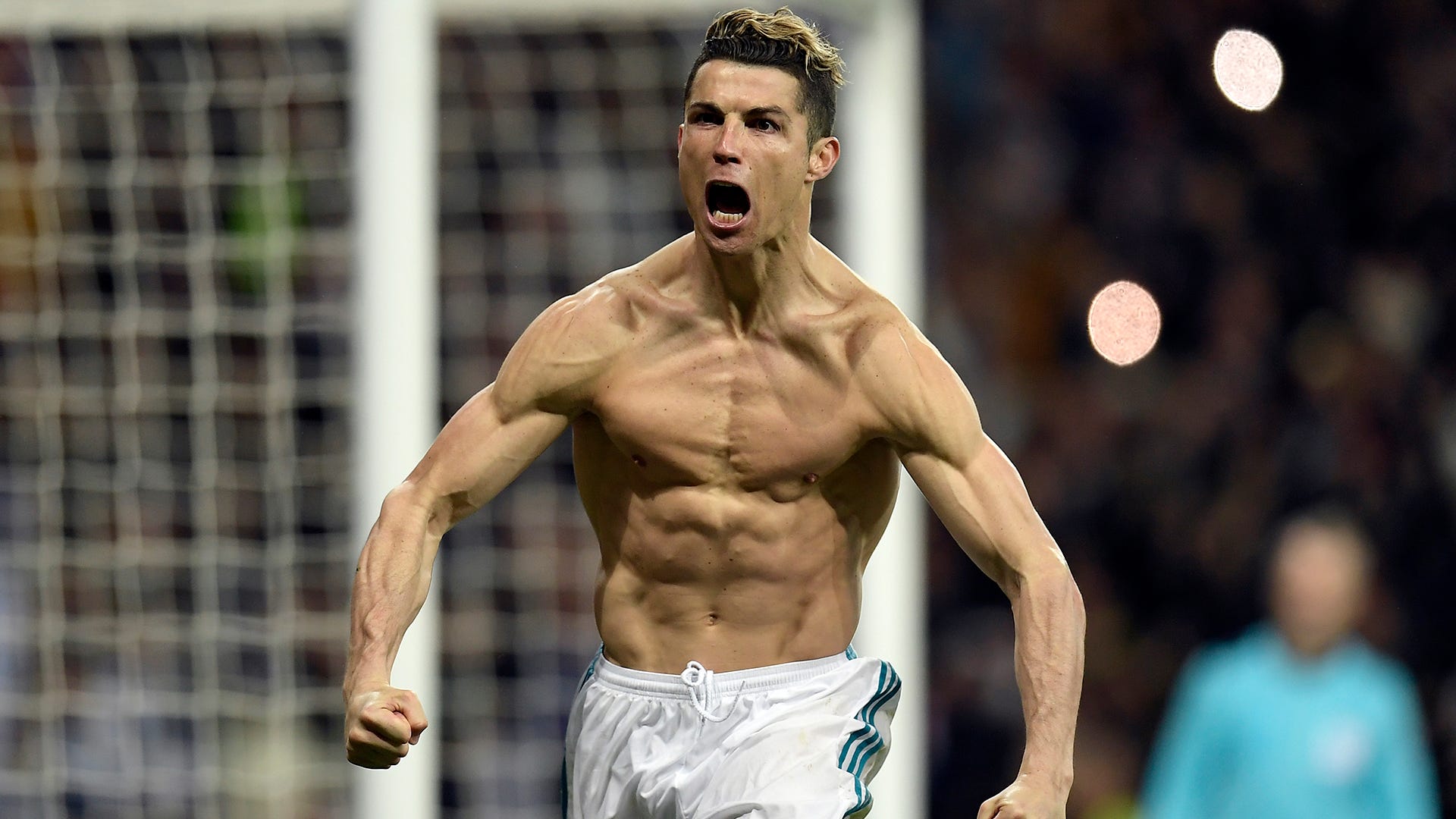 What does Cristiano Ronaldo eat?

There's no point having the nicest car if you're not going to put the right fuel in it.

Ronaldo, unsurprisingly, takes his diet very seriously. "A good workout must be combined with a good diet," he states. "I eat a high protein diet, with lots of wholegrain carbs, fruit and vegetables, and avoid sugary foods."

The Portugal international has a personal dietician who has worked with him ever since his Real Madrid days, eating six small meals a day – or one every three to four hours.

He particularly likes fish – particularly swordfish, sea bass and sea bream – and his favourite dish is bacalhau a braz, which is a mixture of cod, onions, thinly sliced potatoes and scrambled eggs. He also eats plenty of fruits and lean proteins. At restaurants, Ronaldo says he often orders steak and a salad, and never anything frozen - everything he eats is fresh.

Do NOT put Coca Cola in front of Cristiano Ronaldo 😠

This is absolutely brilliant 🤣 pic.twitter.com/bw9FYlTOI4

For his breakfast, Ronaldo is partial to the likes of cheese, ham, low-fat yoghurt alongside plenty of fruit as well as avocado toast.

"Eat regularly," Ronaldo continues. "If you train regularly it’s important to keep energy levels high to fuel your body for better performance. I sometimes eat up to six smaller meals a day to make sure I have enough energy to perform each session at top level."

Hydration is vital, too - "drinking water is so important," Ronaldo affirms - but one of the sacrifices he makes to keep his body in top condition is avoiding alcohol and carbonated drinks.

In 2021, he hit headlines for a disdainful assessment of soft drink Coca-Cola at Euro 2020, urging people to "drink water" instead.

What other secrets does Cristiano Ronaldo have?

Healthy living is not something that Ronaldo dedicates a few hours to each day - it's a way of life he adheres to at all times.

That is not only a physical challenge but a mental one, too. "Learn to train your mind as well as your body," Ronaldo says. "Mental strength is just as important as physical strength and will help you achieve your goals.

"Be disciplined. Keeping yourself motivated and sticking to your routine is key. For me, there is no room for easing off so I have to be strict."

You can help yourself by setting goals and working with a training partner, adding competitiveness and company to your routine.

When he is not exercising Ronaldo tries to maintain a relaxed, restful lifestyle despite his massive fame and the attention he commands.

"Training and physical sessions are most important, but living a relaxed lifestyle helps you to be the best you can be, physically and mentally," Ronaldo explains. "I spend my free time with family and friends, which keeps me relaxed and in a positive mindset."

Something unique in Ronaldo's fitness regime is that he does not sleep for the traditional eight hours a day. Rather, instead, he chooses to take five 90-minute naps a day.

Says Professor Littlehales in his book "Sleep: The Myth of 8 Hours, the Power of Naps... and the New Plan to Recharge Your Body and Mind": it is better for athletes to take five naps each day consisting of 90 minutes each instead of a full night's sleep.

According to the Daily Mail, Ronaldo takes this advice of forced rest seriously.