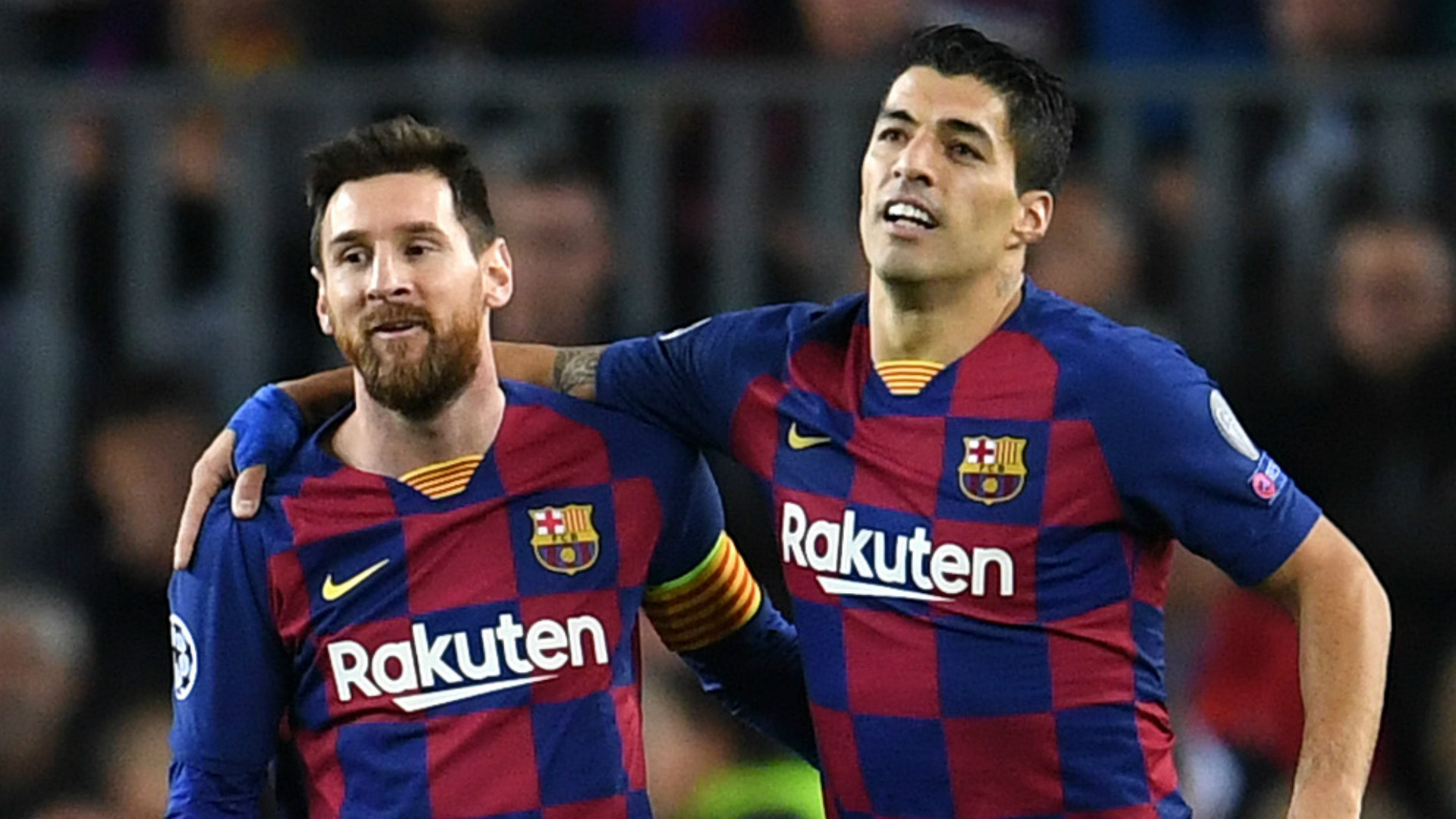 The much-improved performance Barcelona produced to beat Borussia Dortmund and reach the Champions League last 16 may have come as a surprise, but that dynamic duo Lionel Messi and Luis Suarez were the architects of the win was only to be expected.

The Catalans have received heavy criticism in recent weeks for under-par displays, despite topping both La Liga and their European group, so Ernesto Valverde will be as relieved by the dominant nature of 3-1 victory as the final scoreline.

Messi, in his 700th game for Barcelona, showed – yet again – just why there is so much chatter about him picking up his sixth Ballon d’Or on Monday.

There was nothing new either in seeing a disconsolate Ousmane Dembele being forced from the field.

The French winger hoped to shine against his former club, having been handed the starting role alongside Messi and Suarez in attack ahead of Antoine Griezmann.

Instead, he suffered his ninth injury in two-and-a-half seasons with the Catalans and cut a miserable figure as he sat on the turf with his boots off, knowing that his evening was over after just 25 minutes.

Dembele joined in a deal which could yet reach €145 million (£123m/$160m) but he has never remotely looked like value for money, failing to convince on or off the field.

When fully fit and motivated, he has sparkled occasionally, but Barca have learned never to rely on their 'Mr. Glass'.

They have coped without him many times before and they did so again against Dortmund, thanks, inevitably, to their two talismen up front.

The Messi and Suarez combination put three goals into the Dortmund net in the first half, even though only two of them counted.

The first was ruled out for a tight, but correct, offside decision against Suarez, after Messi had played him in.

They repeated that trick again to break the deadlock, though, with the Argentine slipping in his friend, neighbour and most crucial associate on the pitch, who finished with aplomb.

Suarez returned the favour for the second goal with a clever piece of play and Messi tucked the chance away with laser-sharp precision.

Dortmund, thus, became Messi's 34th victim in the Champions League – no player has scored against more sides in the tournament.

The Argentine was the creator of Griezmann’s third, stroking a perfect pass for his team-mate to run on to and finish.

Still, while there was the usual dependence on Messi, this was an impressive all-round display from Barca, who were dire in scraping a win at La Liga’s bottom feeders, Leganes, on Saturday.

The return of Ian Rakitic to the midfield proved particularly profitable.

The Croatia international has largely been frozen out this season but produced the kind of dynamic, influential performance that should prompt Valverde into using him more – despite the internet hordes' constant criticism of the former Sevilla man.

Rakitic would have been expected to start on Sunday against Atletico Madrid, anyway, with Sergio Busquets suspended for the trip to the Wanda Metropolitano, but he should now go into what is a massive game for Barca with some of his confidence restored.

Of course, the Blaugrana's game plan is mainly about providing Messi with a platform on which to shine. However, that means defending well, owning the ball and giving the forwards ammunition – none of which they have done with regularity this season.

Despite Jadon Sancho's thumping late strike, the defence looked better against Dortmund, with Clement Lenglet and Samuel Umtiti excelling alongside one another in the absence of the suspended Gerard Pique.

The latter's form and focus have been questioned this season, and if Umtiti’s fragile knee can stand up to the rigours of frequent football, an all-French central defensive partnership might well be the way to go against Atletico and beyond.

Ultimately, what Barca are looking for is reliability. They know that they can still depend on Messi and Suarez.

Unfortunately, the Dortmund game served as yet another painful reminder of the perils of ever counting on Dembele.