African All Stars
Taiye Taiwo
05:23 03/05/2018 Comments()
Getty Images
The 27-year-old is positive that the Carthages Eagles can spring a surprise when they make their fifth appearance at the global showpiece

Tunisia international Anice Badri is confident that his country can be one of the revelations at the 2018 Fifa World Cup in Russia.

The north African country who are placed 14th in the Fifa ranking have been paired with Belgium, England and Panama in Group G.

In their last four appearances at the World Cup finals, Tunisia have never gone beyond the group stage.

And the Esperance forward has tipped Nabil Maaloul’s team to break their first-round jinx at the quadrennial tournament.

“I’m certain Tunisia can be one of the revelations of the tournament, and I’m not just saying that because it sounds nice. We’re 14th in the FIFA World Ranking right now, which shows how good we are, and we’re going to prove that on the pitch,” Badri told FIFA.com.

“The time has come to change that. We know how to manage games, play as a unit, make our skills count, keep possession, and make the difference in attack. Our opponents are going to suffer against us.” 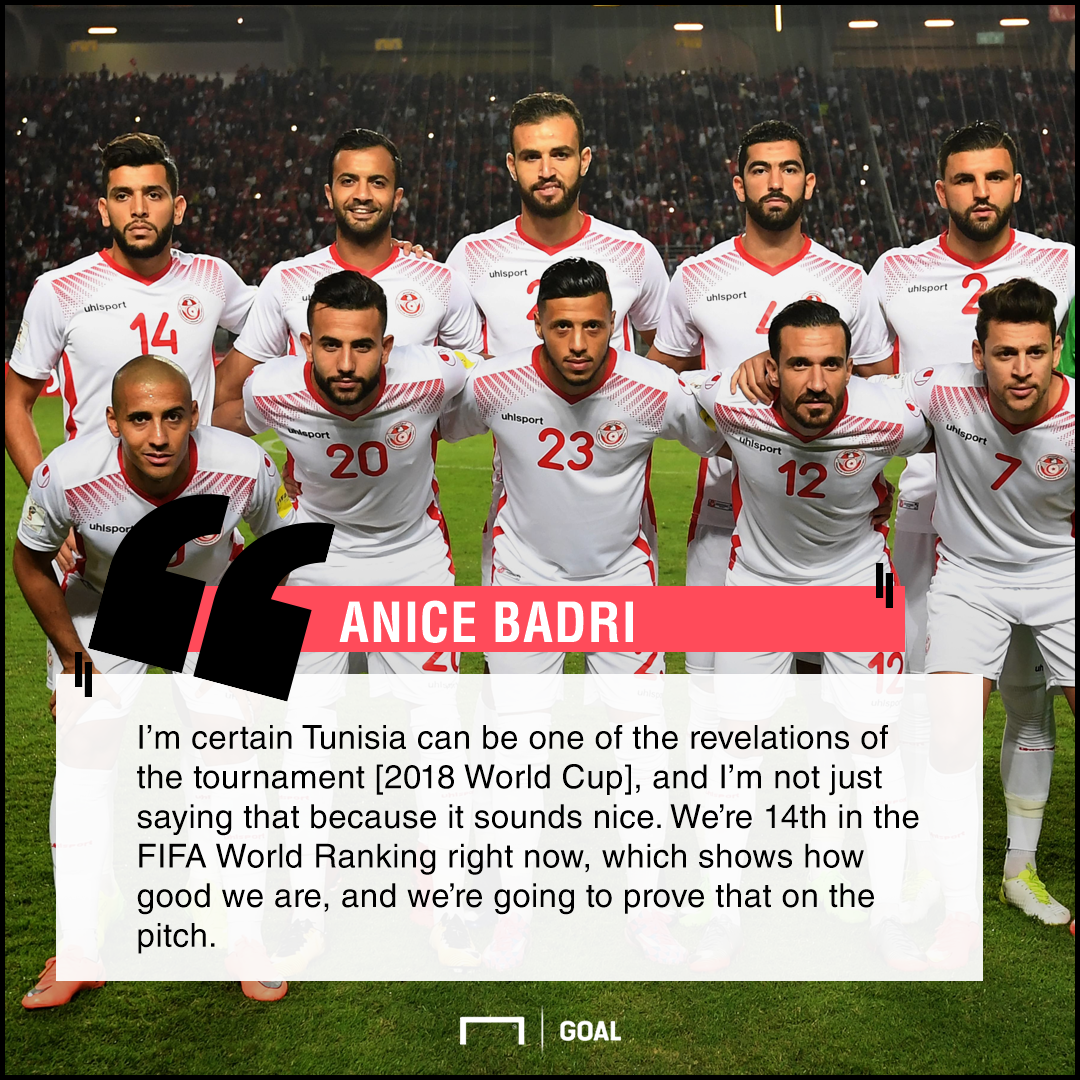 The Lyon-born striker featured for French and Belgian outfits with Lille and Royal Mouscron-Péruwelz respectively before switching to the Tunisian league in 2016.

However, Badri who has scored four goals in 21 league matches this campaign disclosed how the move to Tunis has helped his career.

“I had some good half-season spells in the Belgian league, but I felt that the time had come for me to change course and join Esperance, especially with the CAF Africa Cup of Nations and the FIFA World Cup coming up on the horizon,” he said.

“I’ve progressed on every level: mentally, tactically and physically. I manage matches better now and I’m doing the right things at the right time.”