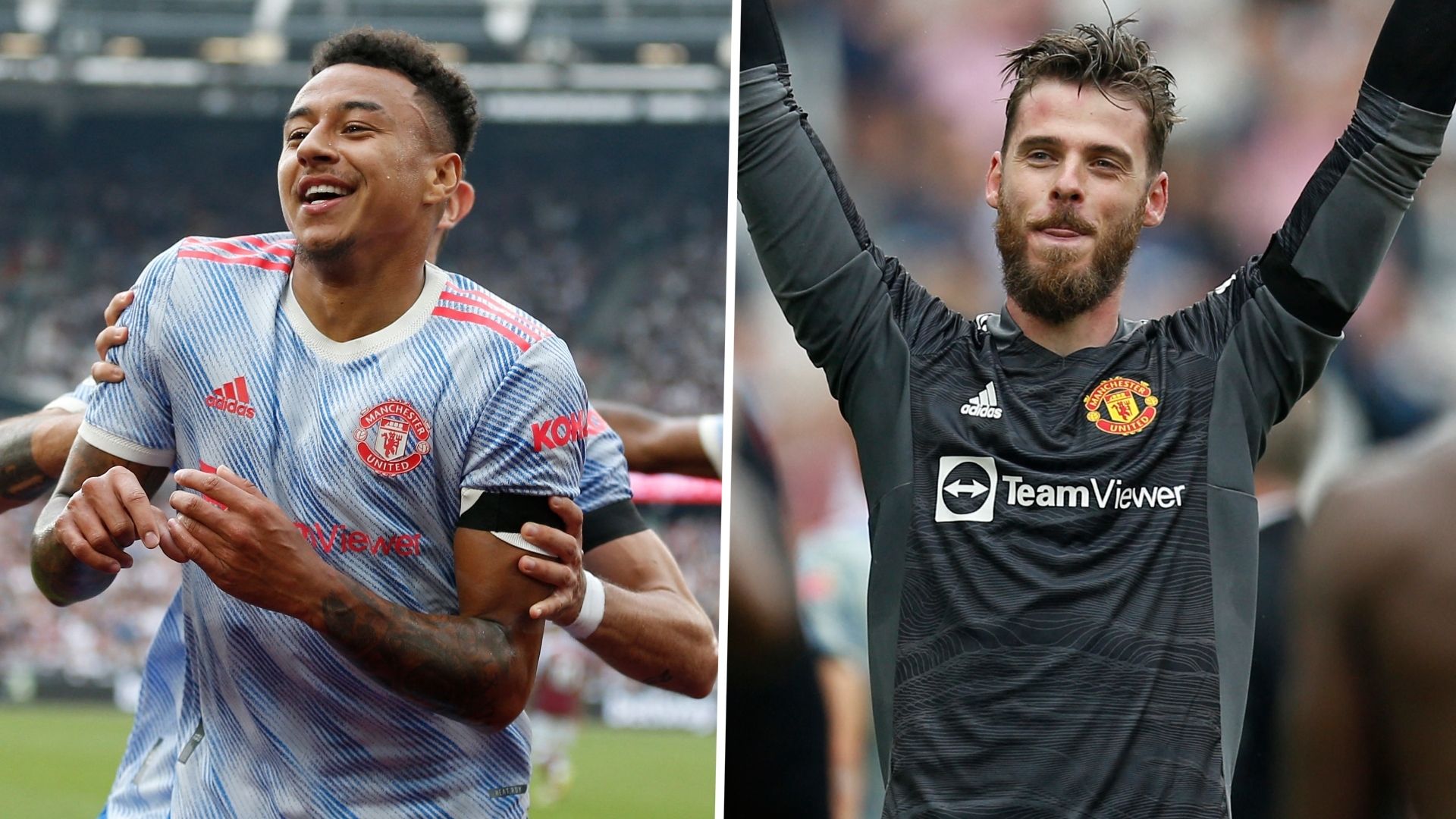 The Red Devils' heroes at West Ham could have been forgiven for thinking their Old Trafford careers were over this summer, but both have bounced back

In an alternative timeline, Jesse Lingard would have been lining up for West Ham against Manchester United on Sunday.

Lingard's loan spell at the London Stadium became one of the stories of last season, the England international scoring nine goals in 16 games to force himself back into the England reckoning ahead of Euro 2020.

That resurgence, coupled with the arrival of Jadon Sancho at Old Trafford early in the summer, led many to believe that Lingard's time at his boyhood club would come to an end before the transfer window closed.

And yet, there he was, having been cheered onto the pitch by the West Ham faithful, celebrating his superb 89th-minute strike in front of the away supporters after giving United a last-gasp lead in a match that they had struggled to reach top gear in.

It is testament to Lingard's resilience that he has been able to bounce back the way he has over the past nine months following a 2020 in which he played just 64 minutes of Premier League football.

That resilience was further on display against the Irons, with the 28-year-old recovering from his stoppage-time error that gifted Young Boys their winning goal in the Champions League on Tuesday to provide a far more celebratory late intervention five days later.

"I’ve been working hard to overcome last week, it wasn’t easy, but to get some minutes today and to score was unreal,” he told Sky Sports post-match.

So Lingard is moving on, but what does his future hold?

Ole Gunnar Solskjaer made it clear in pre-season that he wanted Lingard to stay, and he has been good to his word in getting the attacking midfielder more involved in the first-team picture so far this term.

Lingard himself has put in some strong displays in training in a bid to further win over the Norwegian coach, and was disappointed not to be in the starting XI on Sunday.

He has rejected a new contract offer, with his current deal having entered its final year, while the last-minute signing of Cristiano Ronaldo threatens to keep him on the sidelines for even longer than he might have expected when the season began.

There is still a role for him if he maintains this form as a game-changer off the bench, but with a World Cup now just over a year away, it remains to be seen whether that will be enough to convince Lingard to stay long term.

If he needed any inspiration as to how he can go about becoming more of a regular starter outside of the odd cup match or game against lesser opposition, then he only need look at his fellow last-minute hero from the West Ham game, David de Gea.

The rise of Dean Henderson over the course of the 2020-21 campaign eventually saw De Gea lose his place in Solskjaer's preferred XI for the final months of the campaign, and when he failed to save any of Villarreal's 11 penalties in the Europa League final shootout defeat, some would have been forgiven for believing the writing was on the wall as far as his career at Old Trafford was concerned.

It is understood that Solskjaer had not made a decision on who would be his No.1 goalkeeper when he returned for pre-season training, only for Henderson's struggles with the after-effects of contracting Covid-19 to rule him out of the early weeks of the campaign.

The England shot-stopper has been back in action for the Under-23s in recent weeks as he builds up his fitness once more, but one man's misery is another's good fortune, and De Gea looks to be grabbing the latter with both hands.

His penalty save from Mark Noble in the fifth minute of stoppage time on Sunday was his first since April 2016, with 40 successive spot-kicks (including those in shootouts) having previously whistled past him for club and country.

“I believe in David and I’ve seen him,” Solskjaer said. “He’s a different man.

Whole #MUFC team ran to De Gea at the final whistle. That penalty save in added time earned them a 2-1 win. #WHUMUN pic.twitter.com/2zGBEzMSe4

"He asked to come back early for pre-season, he wanted to show how good he is. He’s been so focused for us and saved two points for us today.”

That Solskjaer could rely upon two more unlikely heroes for his three points is very encouraging, particularly when United have been heavily reliant on the likes of Bruno Fernandes, Paul Pogba and - of course - Ronaldo so far this season.

Regardless of what you make of his tactical decisions, there is undoubtedly a spirit of togetherness that the Norwegian has been able to foster during his time in charge, with those who thought their times had been and gone able to force their way back into the reckoning.

There remain younger alternatives to both Lingard and De Gea in the United squad, but both are currently reaping the rewards of their perseverance and proving their worth.

That does not mean either have long-term futures at the club, but after Sunday's heroics, Solskjaer will not be worrying about that too much.