Tottenham coach Antonio Conte has added another instalment to his feud with Chelsea rival Thomas Tuchel following the latest ‘Battle of the Bridge’ between two London neighbours, with the Italian claiming it would have been “well deserved” had he tripped the German during wild goal celebrations. The Blues’ second effort in a thrilling 2-2 draw, which came courtesy of Reece James, resulted in Tuchel racing past Conte on his way down the touchline.

The Spurs boss had his head down in disappointment at the time, with Harry Kane going on to snatch a late leveller for the visitors, and says he would have taken action – having previously clashed with a fellow tactician when seeing his own side hit the net – had he spotted an opportunity to stick out a leg.

Would Conte have tripped Tuchel during goal celebrations?

The former Juventus and Inter coach has posted on Instagram alongside a video of Tuchel tearing past him in Jose Mourinho-esque fashion: “Lucky I didn’t see you…

“Making you trip over would have been well deserved.” 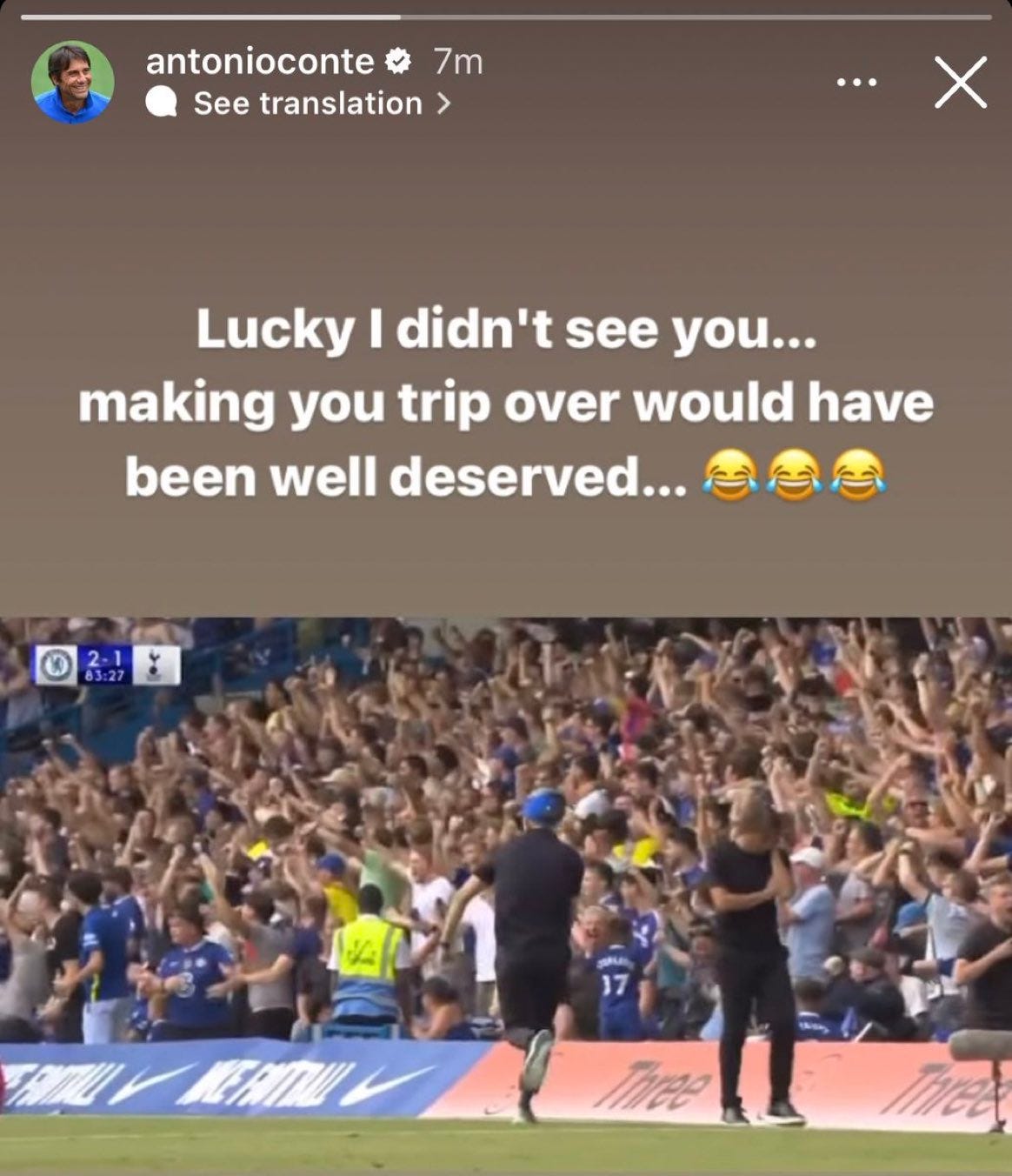 Why were Conte & Tuchel involved in touchline tussles?

With the Blues adamant that a free-kick should have been awarded to them prior to Spurs’ goal being scored, Tuchel was less than impressed when a fired-up Conte took to celebrating in his direction.

The pair had to be separated as an unsightly melee broke out, but neither was done there as they squared up again at the final whistle.

During a post-game handshake, Tuchel refused to let go of Conte’s arm and appeared to suggest that the Italian should look him in the eye when going through such formalities.

TUCHEL VS CONTE: ROUND TWO!!! 🤬🤬 pic.twitter.com/XhWuOU4fwD

Said actions did not go down well and both men ended up being shown red cards that will result in them serving touchline bans in upcoming Premier League fixtures.