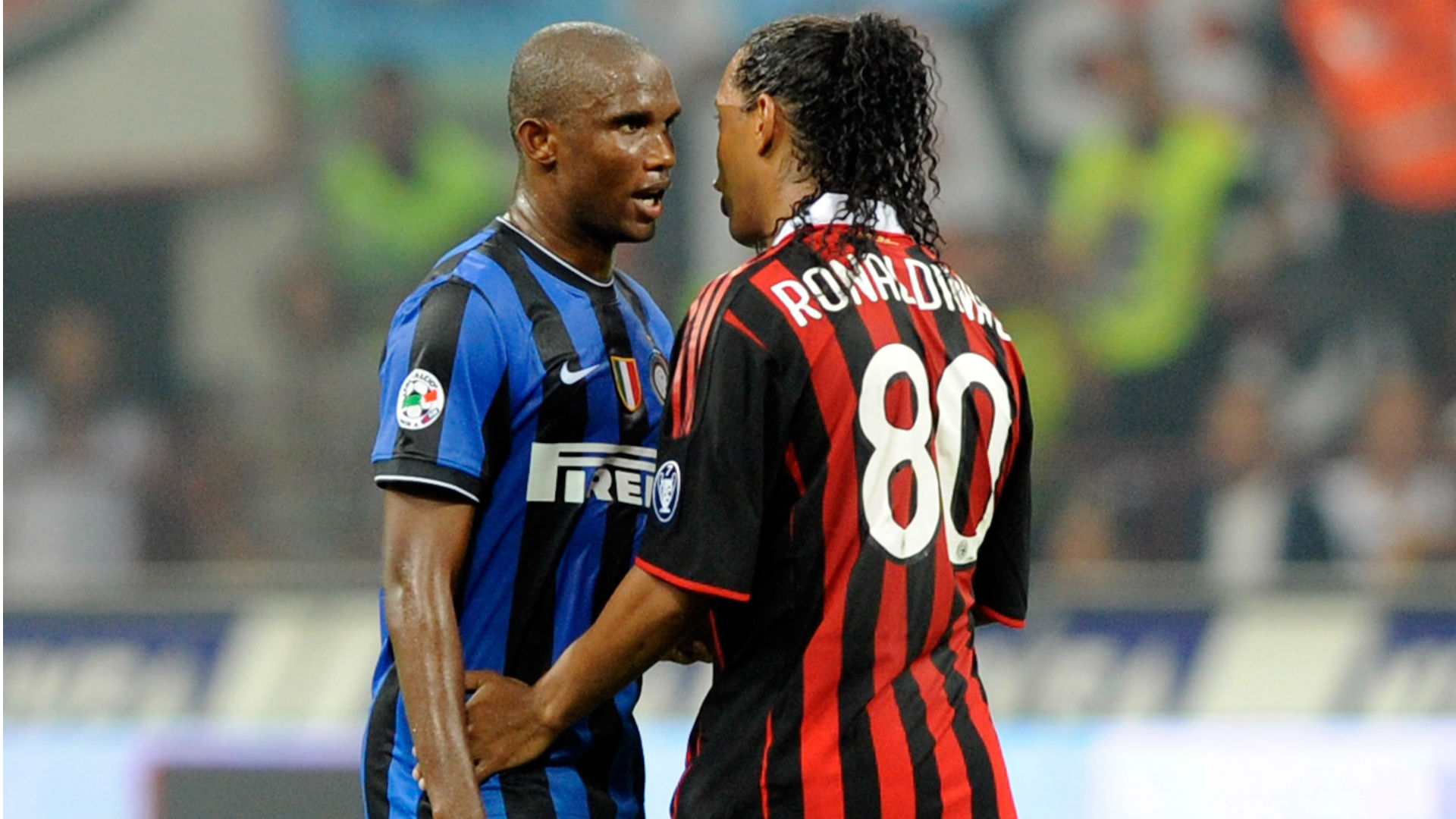 Samuel Eto’o has posted an emotional birthday message to ‘friend’ and ‘brother’ Ronaldinho.

The 2005 Ballon d'Or winner who starred for Barcelona and AC Milan during his active playing days clocked 40 on Saturday.

Unfortunately, the Brazilian remains behind bars having been arrested in Paraguay after allegedly producing a false passport to enter the South American nation.

Nevertheless, the four-time African Player of the Year has reached out to his former Barca teammate in an Instagram video captioned: “Happy birthday my brother.”

There, the Cameroonian extolled Ronaldinho’s good virtues while assuring him of his assistance.

"Hello brother, I have no words, brother. I don't even know what to say, we are talking to see how we can encourage you," said Eto’o in the video.

"You are my brother, my friend. I can't imagine what you're going through. I can only ask you to have strength and to pray a lot.

"I hope that all this can be solved soon, because you were frankly a good person and a good friend. From here, the black loves you very much and you can count on me for everything you need.

Rated as one of the greatest footballers of all time, the Brazilian enjoyed a hugely successful playing career spanning 17 years.

At international level, he won 97 caps for Brazil, scoring 33 goals, and played a key role during the team's run to glory at the 2002 World Cup in South Korea-Japan. There, he contributed two goals and was named in the All-Star team.