The 32-year-old attracted the attention as the Black Stars arrived in Lorca on Sunday in readiness for their friendly against the Blue and White.

WHAT HAPPENED? Ayew was among the 27 players who made the trip after the Black Stars lost Arsenal midfielder Thomas Partey to injury. After touching down at Lorca, the team was driven to their hotel where a crowd had gathered outside to receive them.

As the players came out one by one, the crowd kept singing and dancing but when Ayew emerged, they went wild. It needed the intervention of security officers to make way for Ayew as the crowd surged towards the former Swansea City player for selfies.

WHAT DID THEY SAY? Ayew, who is the captain of the Black Stars, has left fans discussing his ability to attract the crowd with Ernest Agyei saying: "Dede will always get the applauds because of his selflessness and dedication when playing for Ghana.

"One of the few committed players in the team."

Atakora Amaniampong Joshua said: "Dede has done more good to Ghana than bad and deserves the love," adding: "I started watching football from the day he [Ayew] started fighting on captaincy and number 10 jersey." 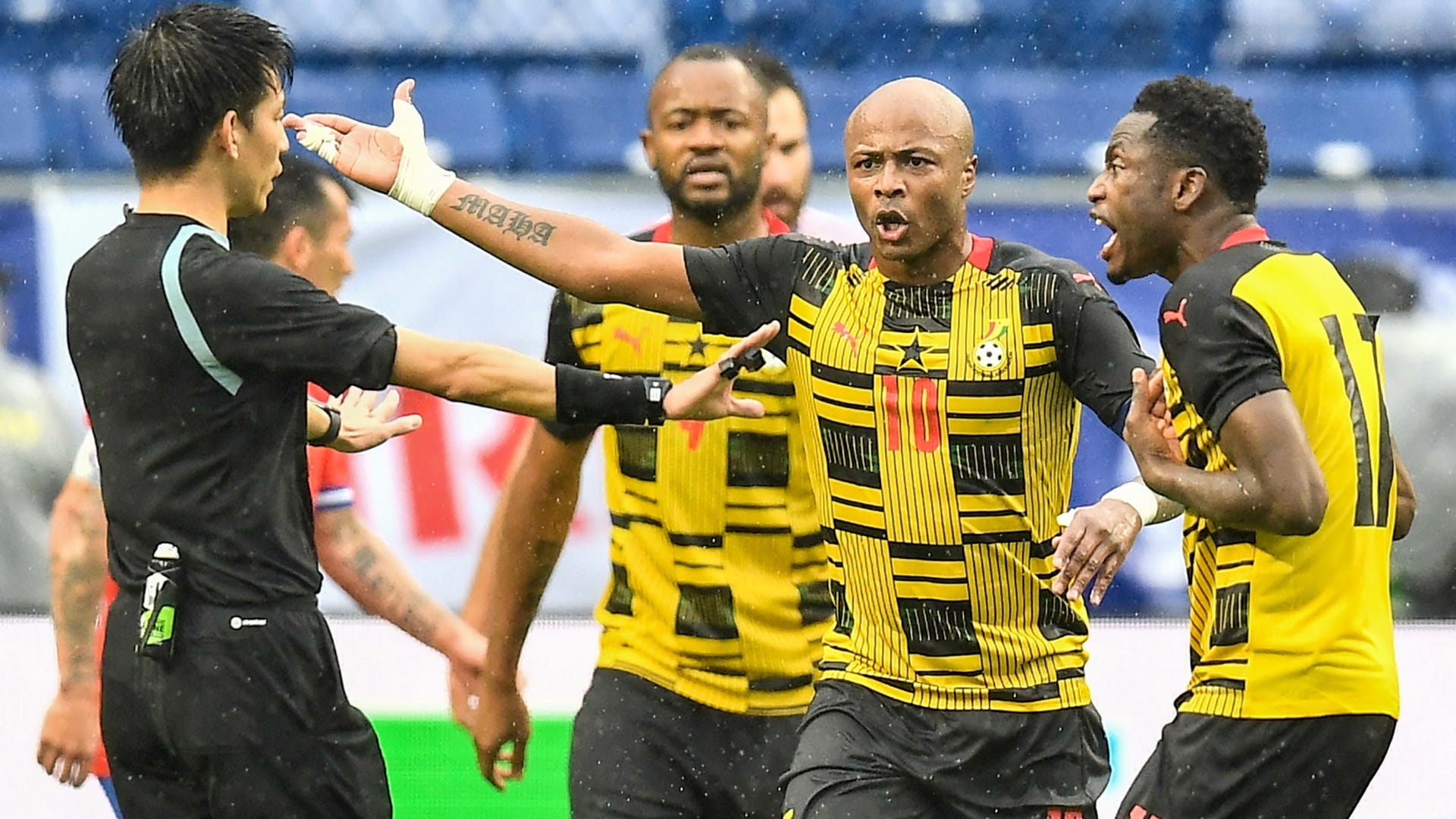 THE BIGGER PICTURE: Ayew and Ghana will hope to bounce back when they take on the Blue and White at Estadio Francisco Artes Carrasco on Tuesday.

The Black Stars suffered a 3-0 defeat against Brazil at Stade Oceane three days ago. The defeat was painful for Ghana to take as the three goals came in the first half courtesy of Marquinhos and Richarlison who grabbed a brace.

WHAT NEXT FOR AYEW? After leading the Black Stars against Nicaragua, the former Olympique Marseille, Swansea, West Ham United, and Fenerbahce winger will return to his club Al Sadd in readiness for their next fixture against Umm Salal in the Qatar Stars Cup at Al Egla Training Facility Field 4 on October 1.

Ayew the darling of fans

Is the Al Sadd winger your favourite player in the Ghana squad?