Paul Pogba and Antoine Griezmann have been dropped for France’s clash against Albania on Wednesday evening.

The Juventus midfielder struggled to impress in the opening fixture against Romania and is replaced by Anthony Martial, who is expected to start on the left flank with Dimitri Payet pushed into a central role. 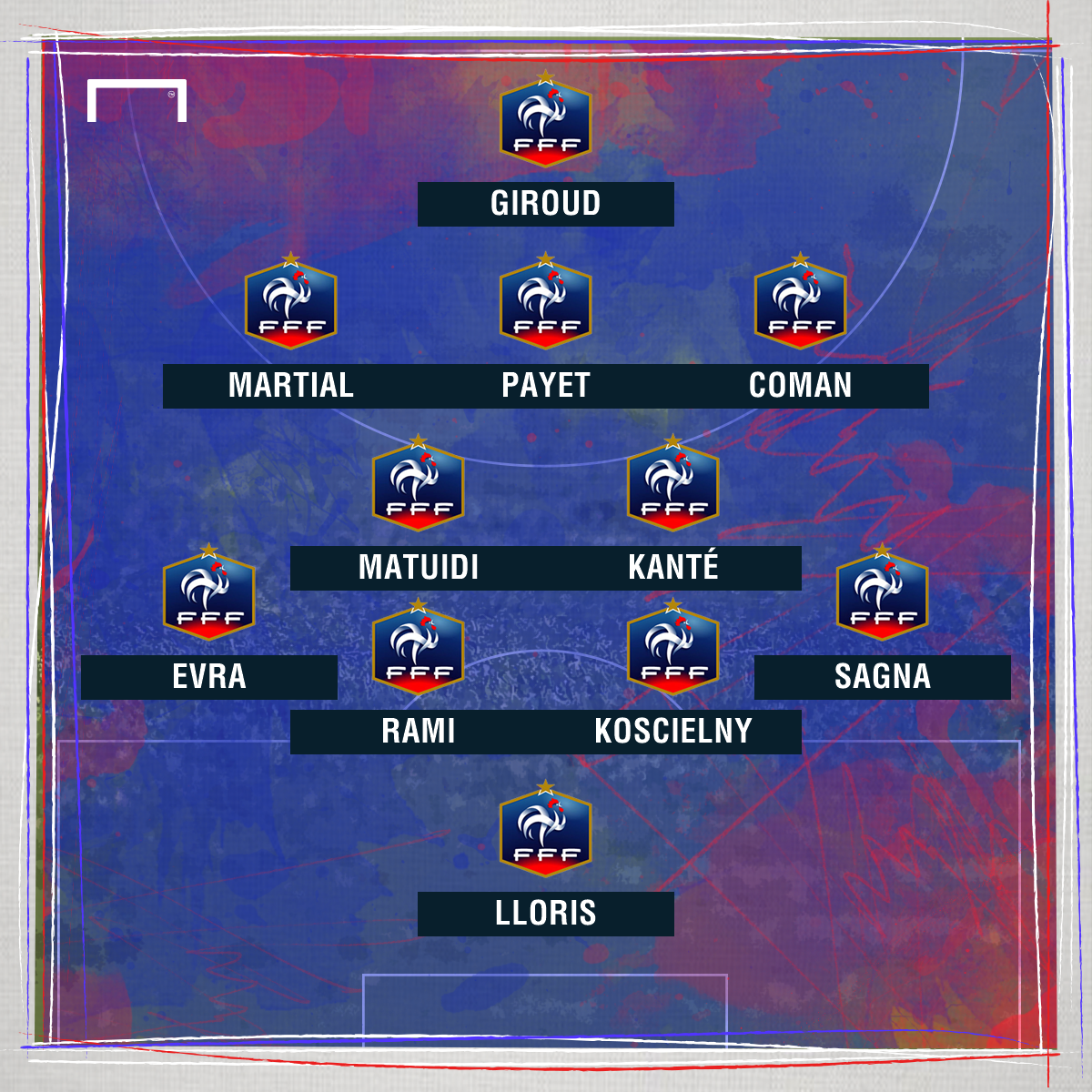 France have the opportunity to move back to the top Group A and progress to the knockout stage after Switzerland’s 1-1 draw with Romania.