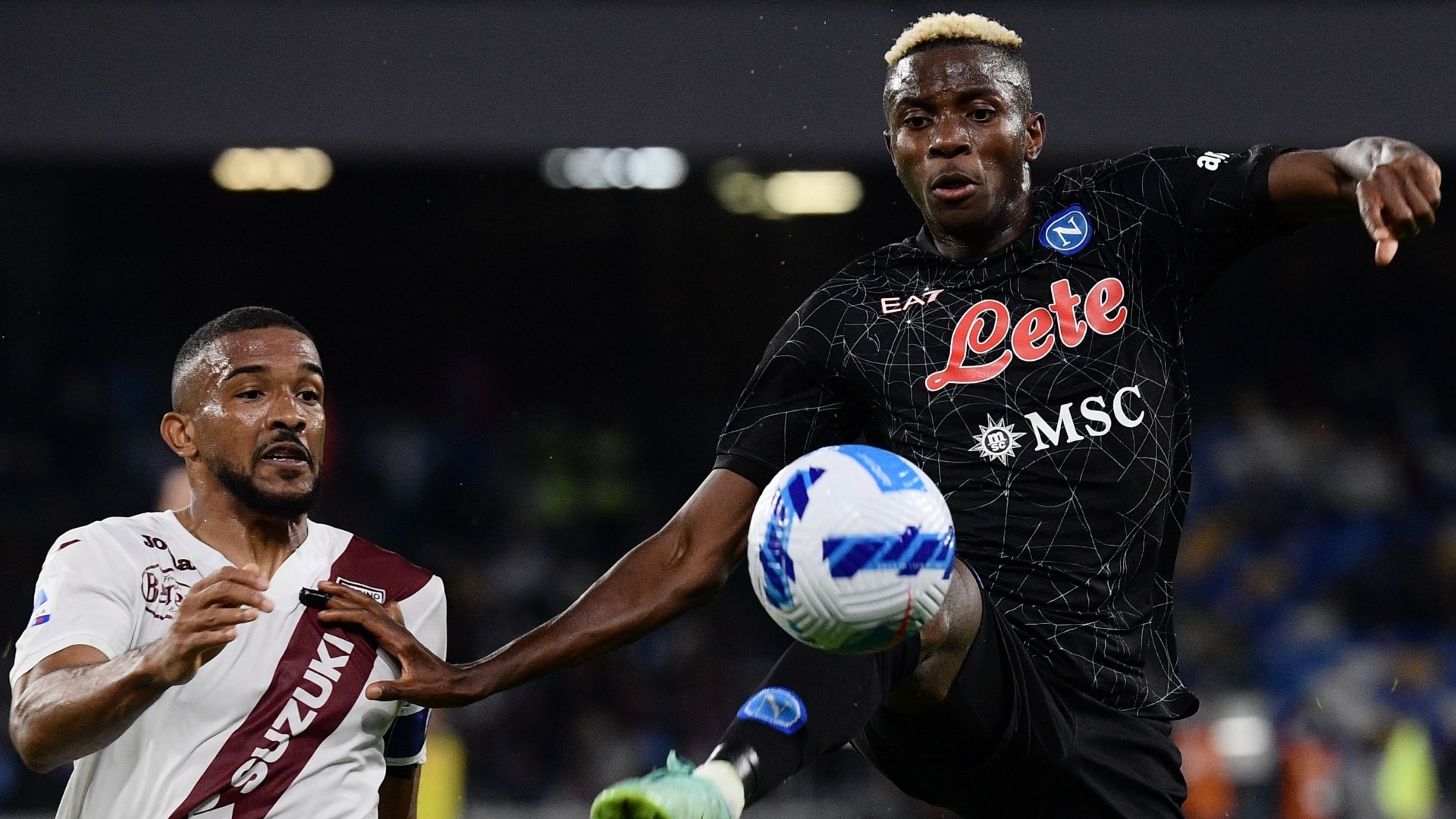 Victor Osimhen was Napoli hero as his late strike powered the Parthenopeans to a 1-0 victory over Torino in Sunday’s Italian top-flight encounter.

With the game looking destined to end on a no winner, no vanquished note, the Nigeria international rose above his markers to head Elif Elmas’ cross past goalkeeper Vanja Milinkovic-Savic in the 81st minute of the keenly-contested showdown.

Heading into the match against the Maroons, the Naples-based outfit had won all their previous seven matches in the Italian top-flight in the 2021-22 campaign.

For Ivan Juric’s men, they travelled to the Stadio Diego Armando Maradona hoping to return to winning ways after losing 1-0 at home to Juventus their last time out.

As expected, the home team got off to an impressive start and dominated ball possession, while the visitors relied on counter-attacking opportunities.

Torino suffered an early setback as Rolando Mandragora was forced off injured in the eighth minute. Subsequently, he was replaced by Ivorian midfielder Ben Lhassine Kone.

However, it was Kone who gifted the hosts a clear chance to take the lead, conceding a penalty for tripping Giovanni Di Lorenzo in the penalty area.

Referee Juan Sacchi had waived off penalty appeals by Luciano Spalletti’s side. Nonetheless, he changed his mind after consulting VAR.

Lorenzo Insigne stepped up to take the ensuing kick, but his disappointing effort was saved by Vanja Milinkovic-Savic, who guessed the right direction.

Despite that disappointment, Napoli continued to push hard for a goal, but they were unlucky in front of goal as the first 45 minutes ended goalless.

Three minutes before the hour mark, Giovanni Di Lorenzo thought he had given the Blues the lead after heading home a well-worked set-piece.

That goal was chalked off by VAR that adjudged he found the net from an offside position. Things got frustrating for Spalletti’s men as Hirving Lozano’s effort struck the woodwork.

Nevertheless, man-of-the-match Osimhen had the final say with nine minutes left on the clock as his bullet header beat the impressive goalkeeper.

That effort was his eighth in his last seven outings as Napoli remain at the summit of the Italian top-flight with 24 points.