Stefan Savic had few friends at Manchester City long before his controversial performance for Atletico Madrid over their two-legged quarter-final battle in the Champions League.

The difference between the shy, fresh-faced 20-year-old that arrived at the Etihad Stadium in 2011 and the snarling, intimidating leader of this week could, though, hardly be more different.

There was the odd indication of the player that Savic would become during his time at City when he joined from Partizan Belgrade more than a decade ago, but nothing close to the intimidating henchman that now leads the Spanish champions.

Signed with the reputation as a no-nonsense defender, the Montenegro international made an impression in his very first training session with City, when he launched into a scything tackle that took out then-manager Roberto Mancini, much to the enjoyment of his new City team-mates.

But the reality is he was a different person from the defender that tried to bully Atletico past the Premier League champions on Wednesday at the Wanda Metripolitano. 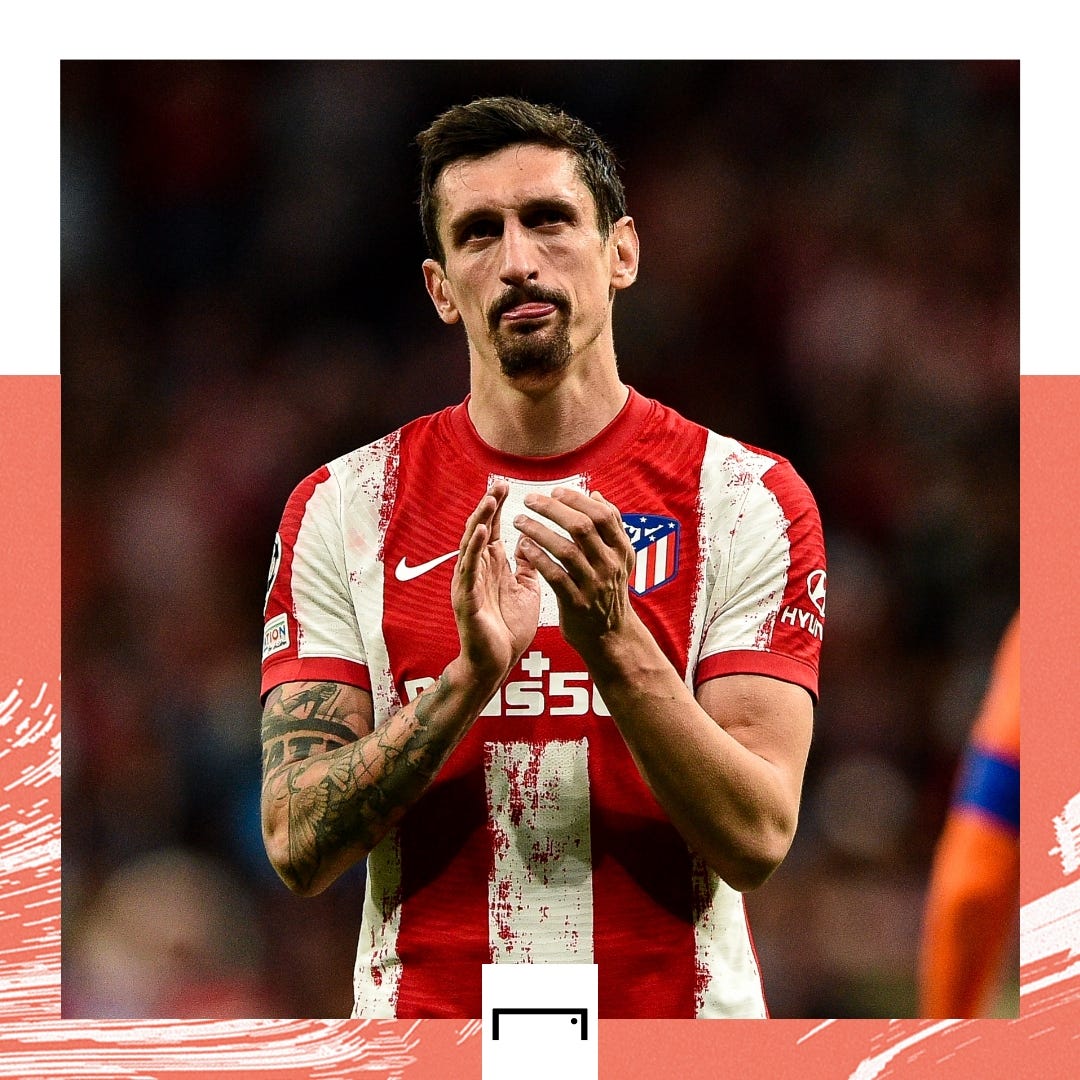 Hard as it is to believe, he was not yet physical enough to play in the Premier League and found it difficult acclimatising to life in England.

With a hippy haircut, Savic looked more like a frontman for a Manchester rock band than the Hollywood baddie that he has morphed into.

Away from the pitch, he was close friends with Serbian Aleksandar Kolarov and Bosnian Edin Dzeko, but largely struggled to make an impression around the first-team squad.

"It was a big step in my career. Looking back, I may not have been ready for the Premier League at the time, it was a very big jump,” he said after the two sides were paired together in Europe.

City went onto win a dramatic title race in 2012 during Savic's time at the club, but he made just five starts in the Premier League and two in the Champions League during that campaign.

Possibly his most memorable moment was being brutally substituted at half-time of a League Cup semi-final exit to Liverpool, when he looked utterly out of his depth in a chastening night at Anfield. 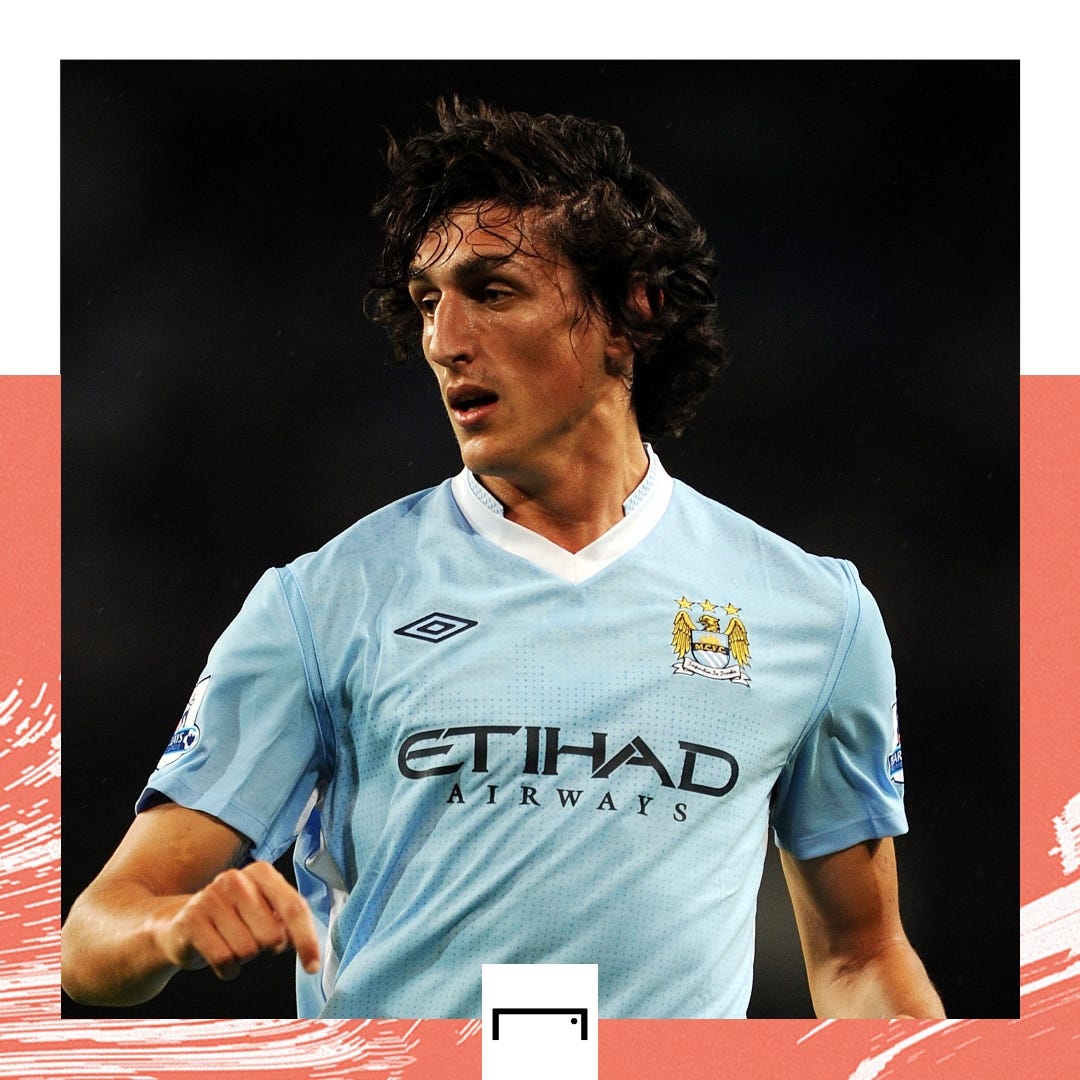 Despite that, there were some inside the club that could see his potential, but he was sold shortly after to Italian club Fiorentina as Matija Nastasic - another ultimately underwhelming centre-back signing for City - coming the other way.

That time in Serie A gave Savic time to grow, and when he finally joined Diego Simeone at Atletico, he found a manager that appreciated his art of defending.

Alongside dark-arts masters like Diego Godin and Jose Maria Gimenez, he has truly learnt his craft and has now taken on the role as the club's main defensive enforcer.

That role is not just defined by defending brilliantly, but also in making it as hostile on the pitch as it is in the stands in the Spanish capital.

"From minute one he will be asking for yellow cards from the touchline and the players will be winding up others," his former Atleti team-mate Kieran Trippier had predicted ahead of the second leg.

"He wants players to get around the ref. Savic will be the big one tonight, he will be in Man City's faces."

Yet it was still surprising to see Savic lose his composure as Atleti tried to desperately force an equaliser in Wednesday's defeat.

In the first leg, he had tried to distract the City players, teasing Jack Grealish's hair and trying to irritate Kevin De Bruyne.

But in the second leg, that discipline was gone, as the masters of the dark arts were riled by a supposedly sophisticated side beating them at their own tactics. 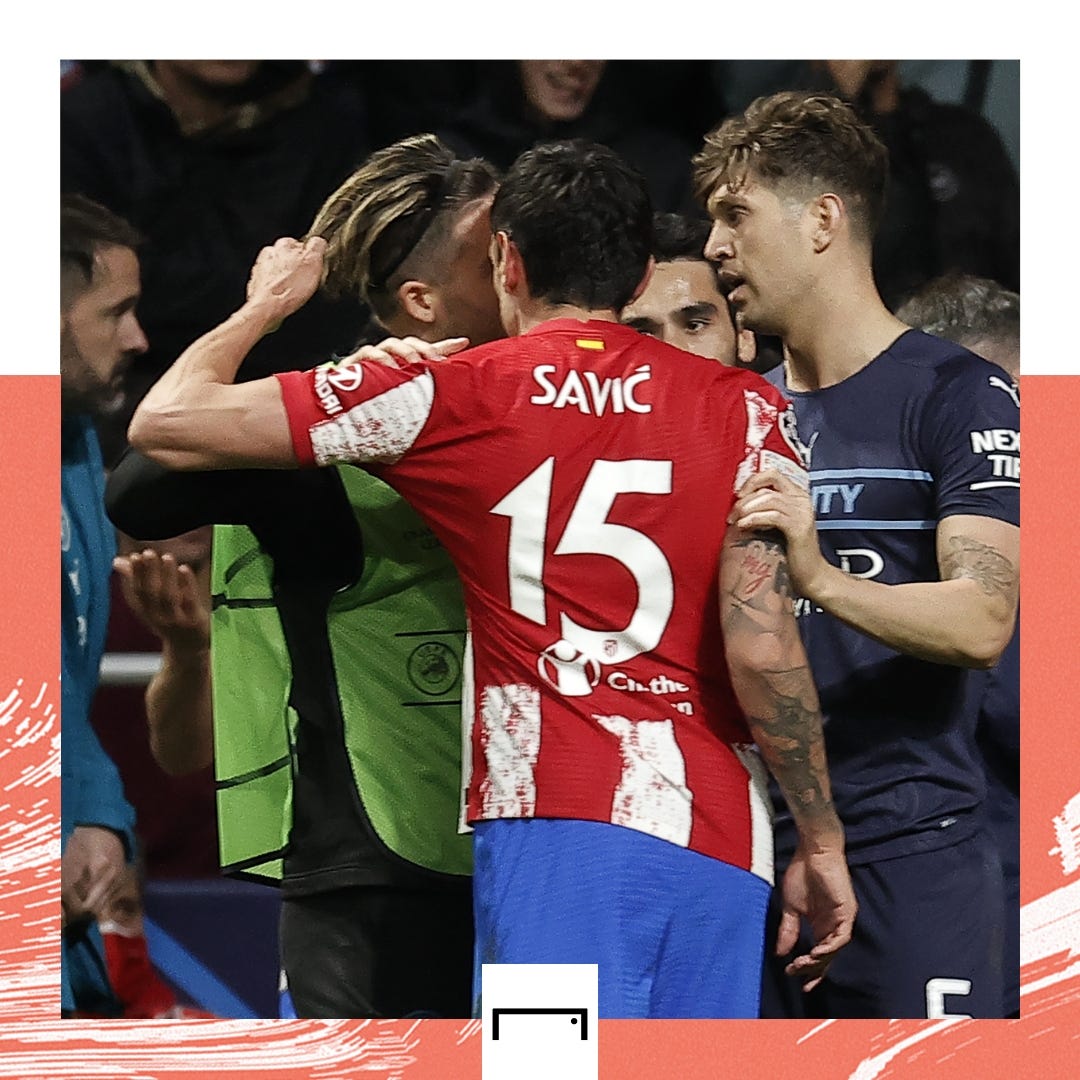 Savic tried to bully Phil Foden throughout, but failed. When the England international kept coming back for more, the Montenegrin lost it.

After trying to drag Foden back off the pitch when the injured midfielder rolled over the touchline following a foul by Felipe, Savic went on to seemingly headbutt Raheem Sterling and yank substitute Grealish's hair once more.

He was involved in more ugly scenes in the tunnel after the game, and UEFA will no doubt investigate exactly what happened after the referee's report arrives.

Incredibly, the statisticians revealed that Savic did not commit a single foul during the 180 minutes of the tie, but it would be a surprise to see him escape any further punishment.

Atleti and Simeone, though, will only love him more for the passion and commitment that he showed.

And so while Savic does have a Premier League winner's medal from his time at City, it is a brief chapter in his illustrious career.

When City have a squad reunion to mark the 10th anniversary of that remarkable and dramatic title later this year, Savic will not be there.

Not because of any bad blood following the Champions League encounter. But because he was only a bit-part player at City.