'Salah never has a day off!' - Adrian pays tribute to Liverpool's record-breaking machine 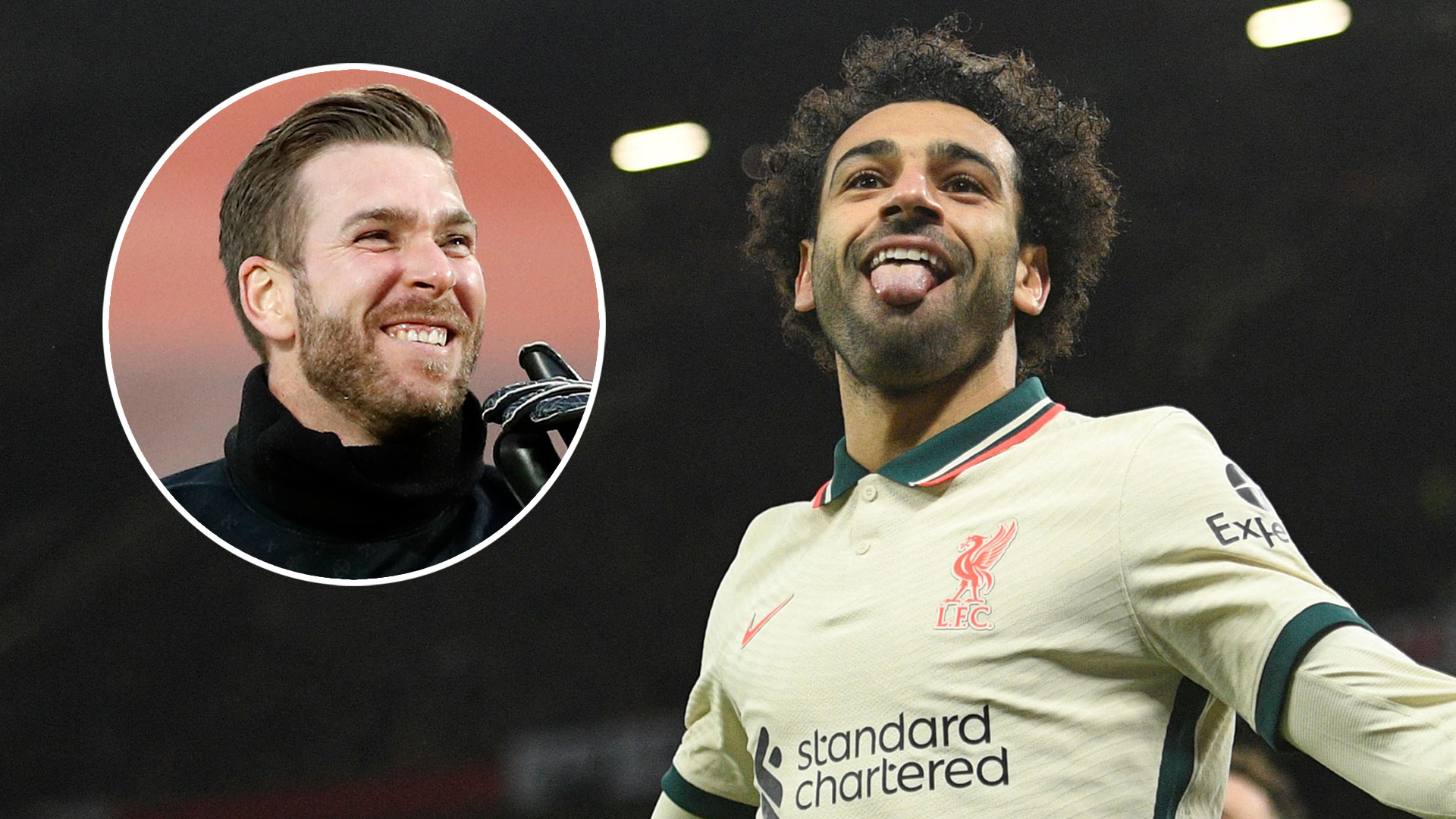 In an exclusive interview with Goal, the Reds goalkeeper offers an insight into the Egyptian star's elite training-ground mentality

Mohamed Salah’s work ethic and humility has allowed the Liverpool forward to become one of the best players in the world, according to Reds teammate Adrian.

Speaking exclusively to Goal,  the goalkeeper offered a unique insight into Salah’s mindset and personality, as the Egyptian continues to break record after record at Anfield.

Salah’s form this season has been remarkable, with 15 goals in all competitions already. He has scored in each of his last 10 appearances, including a hat-trick in Liverpool’s 5-0 win at Manchester United on Sunday.

What did Adrian say about Salah?

Discussing Salah’s performances, and what makes the 29-year-old stand out as one of the finest players in the sport, Adrian said: “I don’t know Cristiano [Ronaldo] or [Lionel] Messi, and how they work daily, but I know Mo!

“He is a proper hard worker. He never has a day off. He is always training or recovering. Even a few hours after a game, he is doing something to recover and trying to be ready for the next game.

“He trains unbelievably. It is not luck that he is in such a great moment right now. To be one of the best players in the world and showing that level in every game, scoring, passing, pace, dribbling. He’s doing amazing.

“He deserves it. We are really happy for him, but also he needs the team behind him and he understands that. He is one of the most humble people in the dressing room, he works like hell!

“It’s a good feeling for everyone to have someone like Mo, who is in such a great moment, but we are 11 players or 25 players. We are a squad and everyone has to push everyone else, every day.

What do Salah, Ronaldo & Messi have in common? NO DAYS OFF 👑

Adrian spoke to Goal as a @FfP_Global ambassador ✌️ Donate $10 today to StockX for a chance to win amazing prizes - and support grassroots football! pic.twitter.com/mKbXd2TfFc

Adrian smiled as he reflected Sunday’s momentous victory at Old Trafford, Liverpool’s biggest ever at the home of United, and the celebrations which followed.

“You can imagine, no?” he said. “It was a historic result, for sure, but the performance of the team was just incredible, the highest level of Liverpool FC. And it was the best game to show that level in.

“It was really great. It gives us that inspiration to keep showing that level, that LFC level. Maybe two years ago we had the same feeling, that we were flying but that we had to keep our feet on the floor, every single day. There’s still a long way to go, many games, but we are in a good way.”

Asked if he felt the similarities between the Liverpool of this season and the one of 2019-20, which romped to the Premier League title, he replied: “Yeah, I hope so!

“I always like to say that in football, sometimes you win and sometimes you learn. Last season was time to learn. It was not our best season, we had so many difficult circumstances and in the end we finished as high as we could.

“The season I came [19-20], that feeling from the beginning was, wow! It was just the hunger of everyone to go and get titles, to fight for all the competitions. As a player in the dressing room, you can feel that again this season.

“We have started well but there is a long way to go. We are doing well in the Champions League as well, we have the Carabao Cup, soon the FA Cup as well. There are many competitions, many games, but we are a strong squad, strong in all areas of the pitch, competitive players, great players in great moments like Mo is now.

“Everyone is pushing and shoving, and that competition makes us better every day.”

'We have to use football as a tool'

An ambassador for Football for Peace, Adrian was speaking about the launch of a new partnership between Football for Peace and StockX, the leading global platform for consuming and trading current culture, to launch a ‘Campaign for a Cause’ supporting grassroots football clubs affected by the Covid-19 pandemic across the globe.

“I’ve been working with Football for Change for a while now,” he said. “It’s really important to be able to help grassroots football clubs who are struggling after Covid. Many of them have had to close and others are fighting to stay open, it’s big. They don’t have huge resources, so day-by-day it is hard for them.

“As a professional football player, it’s important to show that this kind of club is where we are all born. Nobody is born playing at Anfield, Old Trafford or the Bernabeu. You start in the parks and at the grassroots level, so we have to show our support, and that’s what we try to do, to try and get some funds to the people who need it. We have to use football as a tool. The power of football is huge, and it is up to us to make sure it is used for good."

Until Thursday, October 28, you can head to StockX and donate $10 for a chance to win a number of prizes from the world of football and beyond, including signed memorabilia from the likes of David Beckham, Hector Bellerin and Neymar, VIP match tickets, as well as sneakers, apparel and much more.

Football for Peace, a philanthropic organisation that utilises the unique power of football to deliver global social change to serve people and the planet, will distribute funds to a selection of grassroots youth football clubs that have been negatively impacted by the pandemic and play an important role in their community, including Alpha United Juniors (Bradford, UK), AB St Denis (Paris, France) and Little Haiti FC (Miami, USA).

To learn more about the partnership and make a donation, please visit http://stockx.com/lp/football-for-peace