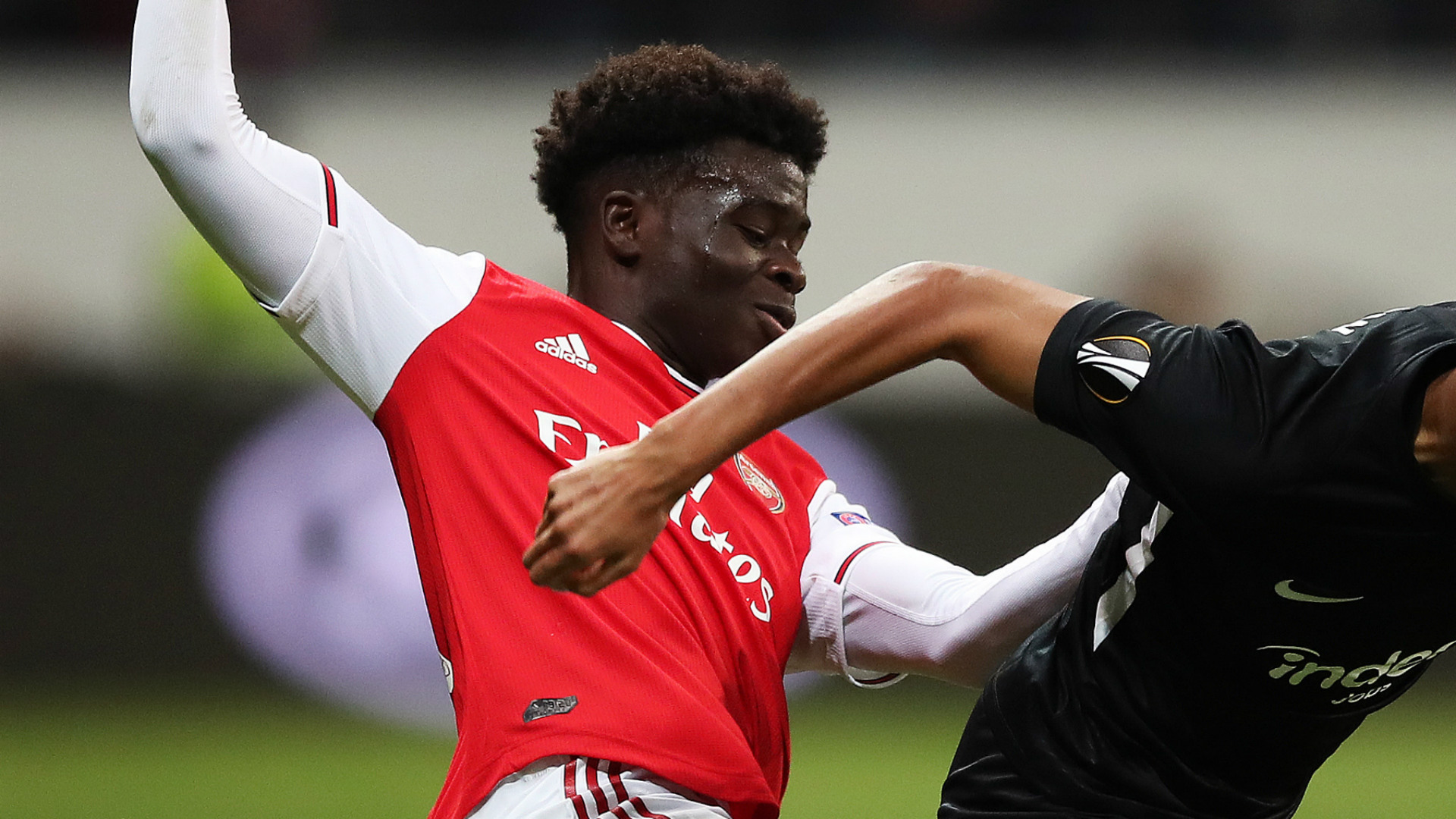 Arsenal teenager Bukayo Saka looks to already be a greater threat than club record signing Nicolas Pepe, according to Gunners stalwart Martin Keown following the young winger’s man of the match-winning performance in the Europa League against Eintracht Frankfurt.

The 18-year-old played a starring role as Unai Emery’s side got their European campaign off to a victorious start with a 3-0 defeat of the Bundesliga outfit in Germany, scoring his first senior goal in the latter stages.

The north London outfit, who were beaten finalists against Chelsea in last season’s competition, fielded a clutch of youngsters alongside several more experienced faces at Commerzbank-Arena.

Saka, alongside Joe Willock and Emile Smith Rowe, made up a trio of graduates from the club’s Hale End academy and all three impressed, with the former joining his team-mate on the scoresheet too.

Speaking on BT Sport, Arsenal great Keown was effusive in his praise for his former side’s younger talents, going so far as to say that Saka’s performance beat anything shown by Pepe this season.

The Ivory Coast international arrived at the Emirates Stadium ahead of the new campaign full of promise but has failed to find the net so far this season, with only a single assist to his name too.

“They toil away, trying to get young players in and they’ve found one in Saka,” Keown stated.

“You think of the way Pepe is playing at the minute, they paid £72m ($90m) for him and this kid looked better than him tonight.

“When Saka gets the ball, he shows composure, he’s passing it into the goal, it’s a beautiful finish. To think he’s 18 years of age.

“By the way, Willock as well, he’s got his reward, this has been a breakthrough moment for him. He got a little bit lucky, but that’s all 100% the academy, that first goal for Arsenal.

“He’s been a bit rushed, lacks a little bit of composure, but I love his energy and he gets his reward tonight to put Arsenal in front.”

Saka made history with his goal too, becoming the youngest player to score in European competition for the club since Aaron Ramsey netted against Fenerbahce over a decade ago in October 2008 at the age of 17.