There have been a number of questions raised as to England’s favoured attacking formation over recent times, with many wanting to know how Roy Hodgson might find space for Harry Kane, Jamie Vardy and Wayne Rooney in his starting XI.

Against Portugal at Wembley on Thursday the trio stepped onto the field together for the first time for the Three Lions, but in truth the fractured front line was the biggest concern to come from the underwhelming 1-0 win and Hodgson now boards the plane to France for the European Championship no closer to finding an answer to his quandary.

The knee injury which kept Rooney out for six weeks in the spring coincided with a period which saw Vardy and Kane increase their claims for starting shirts, but the first attempt to include the national skipper in the first-choice forward line was a complete and utter failure against 10-man Portugal.

While the team news was greeted with a belief that Rooney would play at the point of a midfield diamond, the Manchester United captain actually spent much of his time in-between Kane and Vardy in the attacking line. The decision to have the two in-form strikers split around 20 to 30 yards apart on either side of the attack for the majority of the game to make way for Rooney was baffling to say the least. 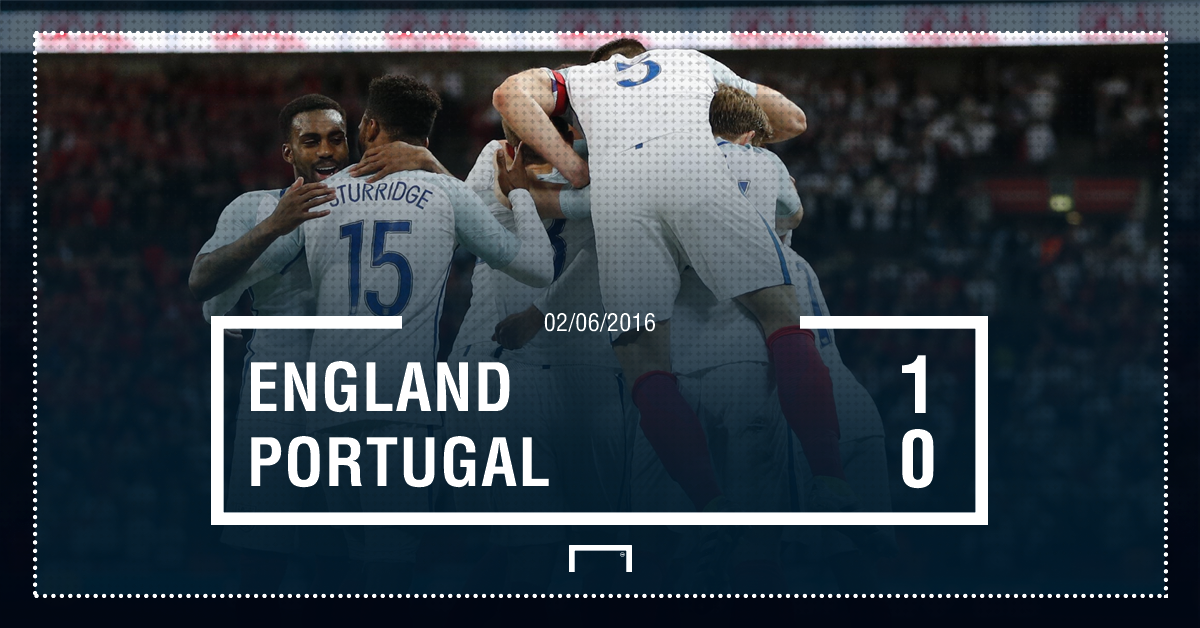 Rooney did occasionally drop deeper to attempt to influence the play more, but even then there was little indication that Kane and Vardy had been encouraged to make their presence felt closer to goal. The Tottenham man even found himself assigned to the taking of wide free-kicks and corners rather than getting on the end of them.

When Vardy was eventually replaced by Raheem Sterling in the 66th minute it was clearly more a reflection on Hodgson’s own choices in attack rather than the Leicester striker’s display itself. Vardy is no more a left-sided attacker than Kane is a set-piece king.

Almost immediately afterwards, England looked more enterprising with Dele Alli and Jack Wilshere taking up prominent positions. The lack of a leading role for the Tottenham midfielder before the substitutions began was yet another reason why the starting shape had not worked.

Chris Smalling's late header may have won them the game but England should have done so much more to test Portugal, especially after Bruno Alves was sent off late in the first half for a stunningly reckless high boot which caught Kane around the side of the head as he went marauding down the right-hand side.

And the primary reason was Hodgson’s decision to shoe-horn his captain into a position which suited the player himself more than the team. The desire to include a man with 111 caps and 52 goals to his name is understandable, but it surely cannot be done to nullify a striking duo who hold the key to England’s success at the Euros this month.

Rooney should be playing on the left of midfield, with Alli more prominent, and Vardy and Kane working in tandem rather than in isolation. Either that or the captain and talisman should be left out, and there will be games during the finals for which that may well be the best option available to the England head coach.

If this is the only way Hodgson believes he can fit Rooney into his starting XI, then he would be better off not picking him at all.