The 18-year-old striker impressed during a loan spell with the Israeli second-tier outfit, with the side having now activated the option to sign him

Hapoel Ra’anana have confirmed they have completed a deal to sign Peter Olawale on a permanent basis from Tripple 44 Academy.

The Nigeria youth international had been on loan with Eldad Shavit’s side, and he impressed enough to convince the Liga Leumit outfit to make the move permanent, on a four-year deal for an undisclosed fee.

Olawale made 10 appearances in all competitions for Ra’anana in the 2020-21 season, scoring four goals. With this development, the 18-year-old will remain at the Karnei Oren Memorial Field until 2025.

“Hapoel Ra’anana is pleased to announce the acquisition of 18-year-old Nigerian striker Peter Olawale from his Nigerian team Tripple 44 for the next four years,” the Israeli outfit wrote on Twitter.

Although the youngster was linked to several clubs, his mentor and proprietor of Tripple 44 Academy Samuel Olatunji-Okuku explained the reason why he chose to let him extend his stay.

“It’s simple logic, he was promoted this year and he played 10 games, scored four times for them with as many assists,” Olatunji-Okuku told Goal.

“We only felt it was the right move for him in terms of development even though we had to accept a relatively low fee for him.

“However, we want to see our best talents develop to their full potential and they need the patience to do so.

“This is why we decided to let him stay at this club and continue to develop rather than ship him out to a different club. Remember he’s just 18 and he still has a long career ahead of him.” 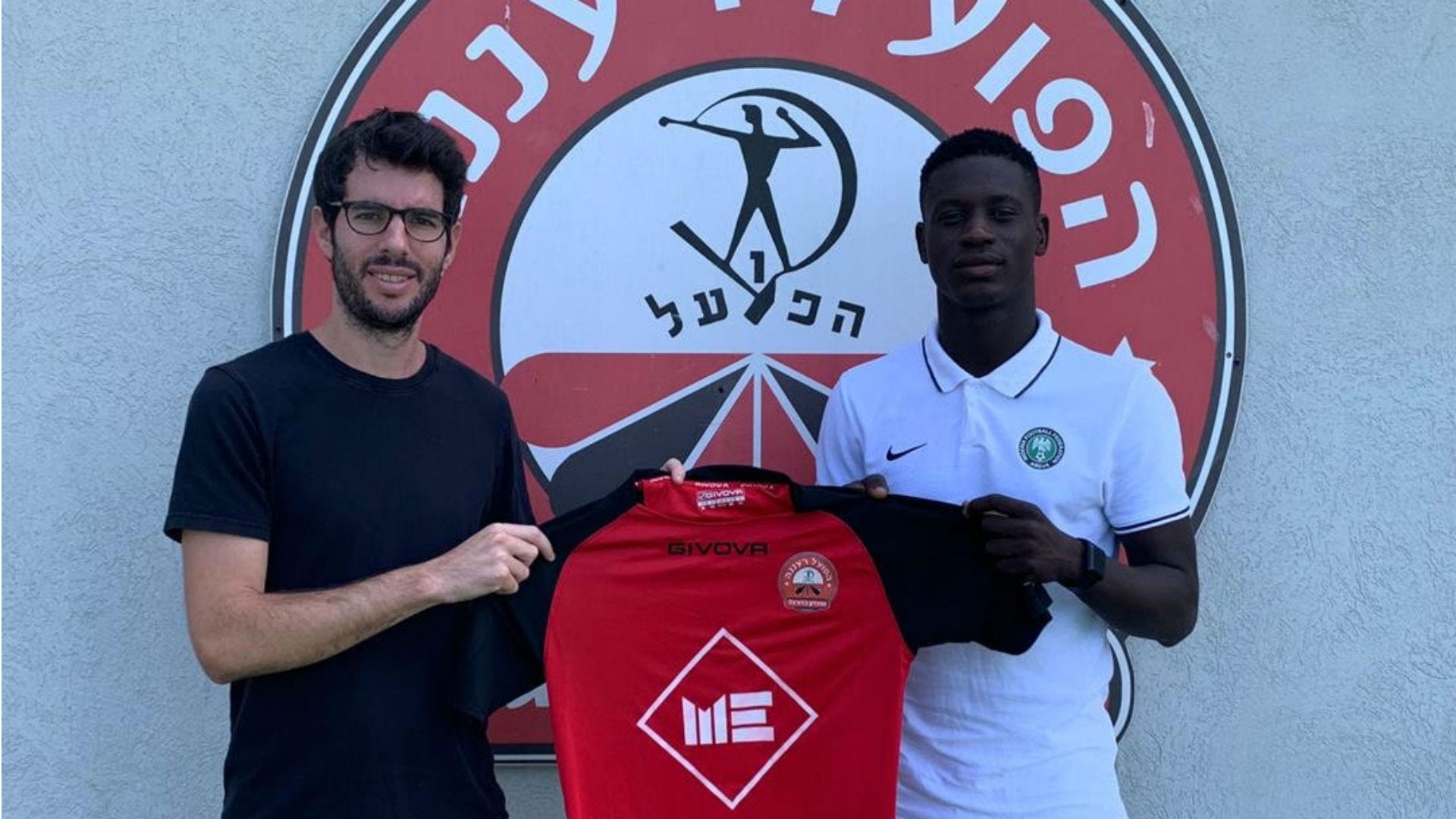 “There was a club in Germany who thought he wasn’t worth 15,000 Euros six months ago after he came back from the U17 World Cup,” he continued.

“But they came back to us last week willing to pay 350,000 Euros. But I turned them down because Olawale still has a point to prove and he’s got a bigger responsibility at Ra’anana rather than leaving too soon.

“He is a huge talent that the world would see very soon, he’s probably the best player of his age group in Nigeria today. He will be a star and I want to be quoted in the next five years that I said what I said.”

With Olawale in Shavit’s team, Hapoel Ra’anana would be hoping to return to the Israeli Premier League next season. They were demoted from the elite division in the 2019-20 campaign after placing 14th on the log.