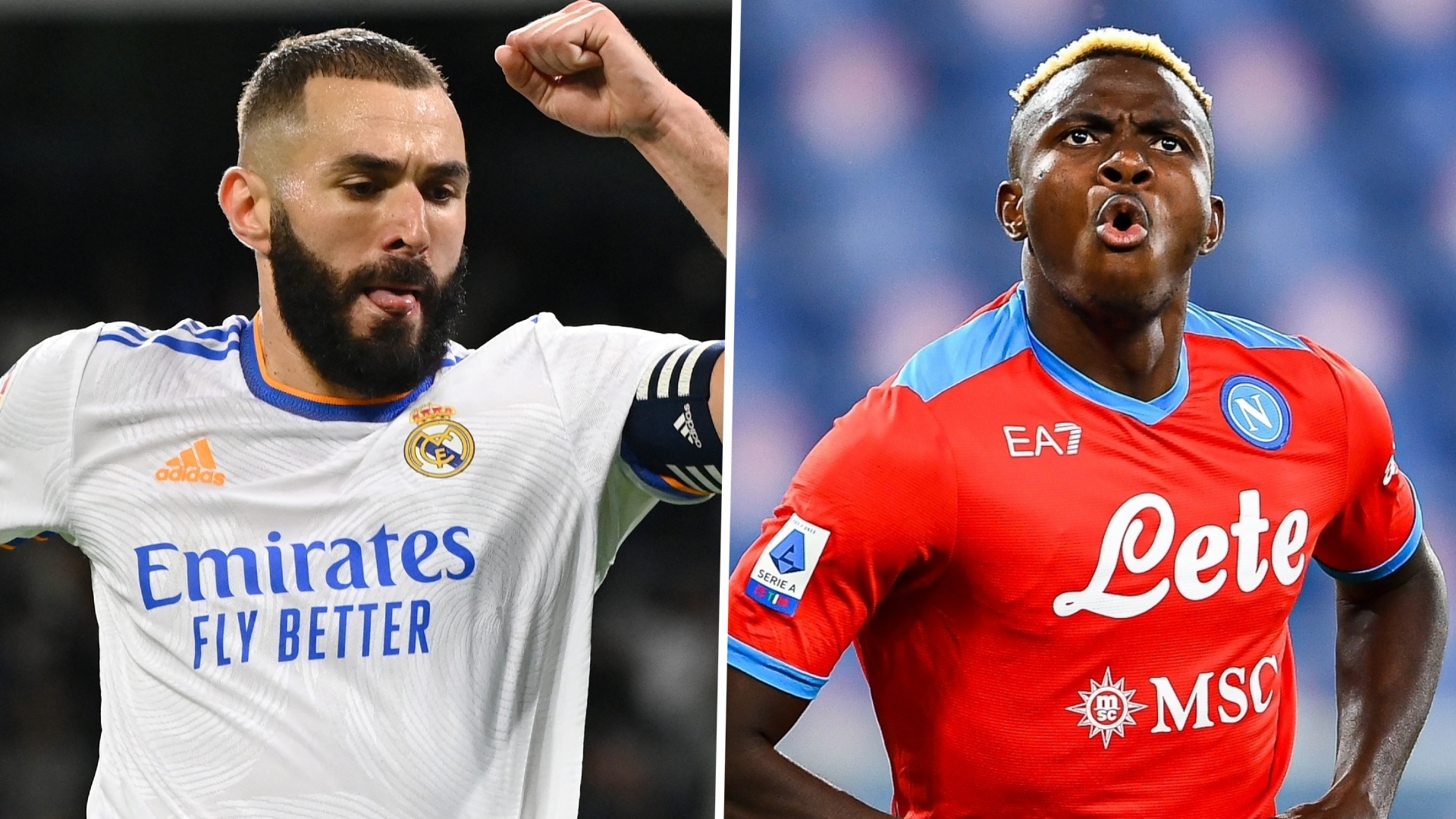 Napoli striker Victor Osimhen and Real Madrid’s Karim Benzema are the joint-top scorers in Europe’s top five leagues for the month of September.

The Super Eagles star matched Benzema’s tally on Sunday with his sixth goal in the month under review which steered Luciano Spalletti’s side to a 2-0 Serie A win over Cagliari.

After he failed to score in his first two appearances for Napoli this season, Osimhen has apparently rediscovered his goalscoring boots and he opened his goal account with a second-half brace in the Uefa Europa League that earned the Italian outfit a 2-2 draw against Leicester City.

The 22-year-old followed it up with a goal in their 4-0 thrashing of Udinese on September 20 and a brace in another 4-0 win over Sampdoria, three days later.

Sunday’s effort at the Diego Armando Maradona Stadium was Osimhen’s fourth Serie A goal of the season and it also pushed Napoli to the top of the league table.

Spalletti’s men are yet to drop a point in the Italian top-flight this campaign, with 18 points gathered from six matches.

Benzema, meanwhile, started his goal fest in September with a hat-trick in Real Madrid's 5-2 comeback win over Celta Vigo and he grabbed the winning goal that helped the Blancos come from behind to beat Valencia 2-1.

A week ago, the France star scored notched a brace as Carlo Ancelotti's men hammered Mallorca 6-1 in a league match.

The next in line in the European scoring chart for this month is Borussia Dortmund's Erling Haaland who has scored five goals in all competitions.

He scored back-to-back braces in the Bundesliga against Union Berlin and Bayer Leverkusen, and then a goal in their Uefa Champions League victory over Besiktas.

Liverpool’s Mohamed Salah is the next prolific African star after Osimhen with four goals in the four games he has played in this month.

With just three days left until the end of September, Osimhen will be looking to extend his tally and dominance at the top of the scoring chart when Napoli host Victor Moses' Spartak Moscow for their Europa League fixture on Thursday.