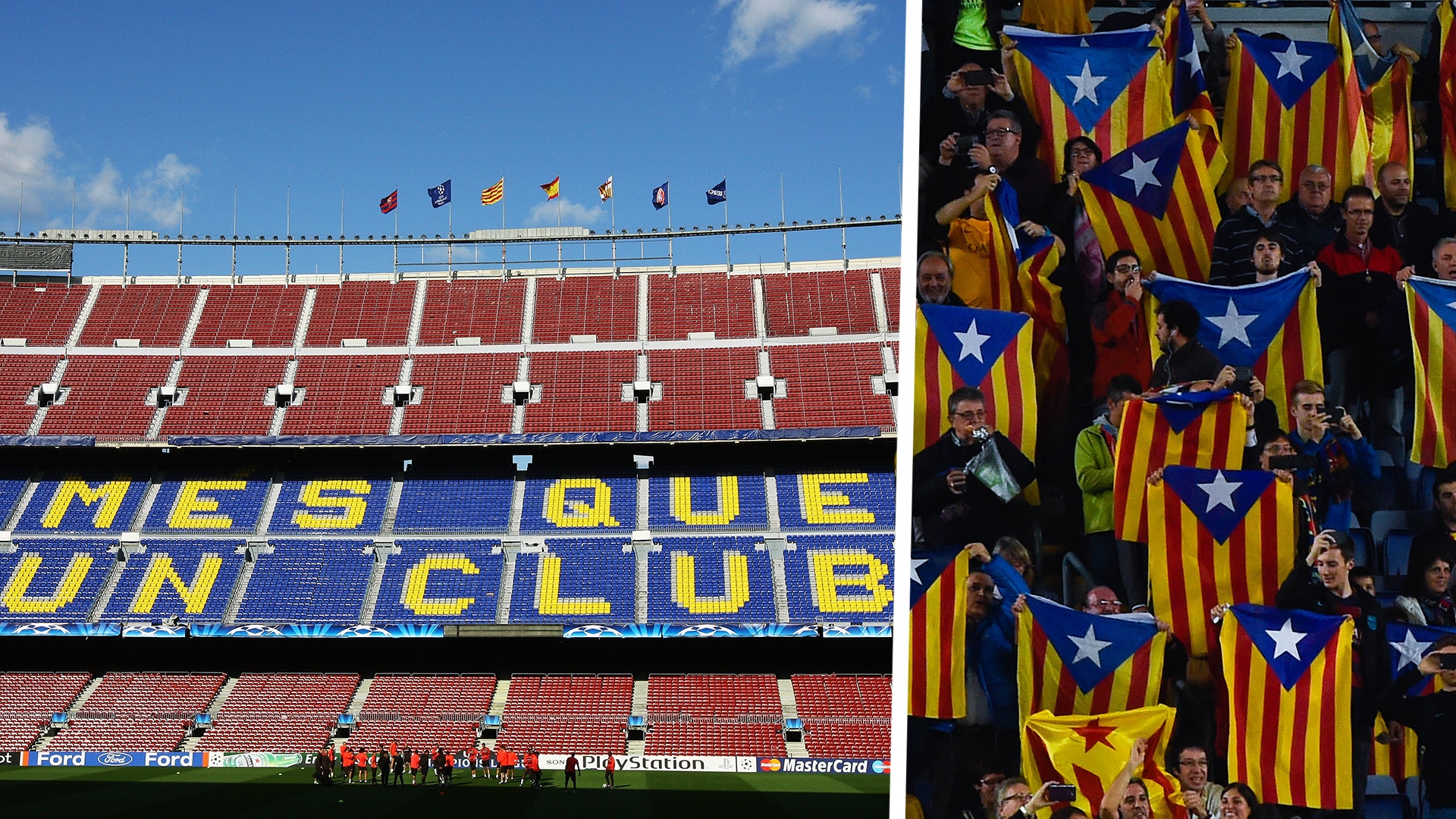 When it comes to world football, few clubs possess an aura like that of Barcelona.

Fans and players who make the pilgrimage to Camp Nou are immediately struck by the gigantic words 'Mes Que Un Club', which are imprinted into the seating, taking pride of place, and look down onto the hallowed turf.

So what does it mean exactly and where did it come from? Goal takes a look.

The motto Mes Que Un Club is a Catalan phrase and it means 'more than a club'.

Said to have been first uttered by former club president Narcis de Carreras in his 1968 nomination speech, Mes Que Un Club has since become synonymous with the Liga giants, occupying a place at the very heart of the institution.

It is a slogan which immediately evokes intrigue, prompting one to question how exactly Barcelona are more than a football club.

The club itself explains that it is more than a club due to the fact that it is a members-led outfit with a unique philosophy, promoting values such as humility, ambition, teamwork and respect in all its sports.

La Masia - the club's youth academy system - is also a huge part of the notion of Barcelona being more than a club, in that its intention is to nurture well-rounded people through education as well as great athletes.

Perhaps most importantly of all, though, is that all of the above is firmly rooted in a powerful sense Catalan identity and the celebration of the region's distinct culture.

The struggle for Catalan independence from Spain has long been a prominent feature of Barcelona the football club and it is undoubtedly crucial to the idea of Barca being mes que un club.

That association can trace its origins back to the early 20th century, when keenly felt divisions in Spain eventually culminated in a bloody civil war in the late 1930s.

Regions such as Catalunya, in which the population broadly held separatist aspirations, experienced severe treatment. For example, the Catalan language - the official language of the club - was banned, as was the senyera estelada - the iconic Catalan flag - and the use of non-Spanish names was not permitted either.

Furthermore, one of Barcelona's presidents, Josep Sunyol, a noted Catalan separatist politician and writer, was killed without trial by General Franco's forces in 1936. Sunyol subsequently became known as the martyr president.

In that repressive climate, Barcelona, which had warmly embraced the Catalan culture since its establisment by a group of Swiss, English and Spanish individuals in 1899, evolved into a bastion and venues such as Camp de Les Corts and Camp Nou soon became safe ground for those who were sympathetic to the Catalan political cause.

The tradition endured throughout the 20th century and lives on the 21st century. Indeed, the club and a number of individuals associated with it were notably to the fore of the push for Catalan independence in 2017.

Former Barca head coach, Pep Guardiola, for example, was a vocal presence in the drive for secession, speaking passionately at rallies and showing his solidarity by defiantly wearing a yellow ribbon, even with the threat of sanction by football's governing bodies.

The club was particularly critical of the Spanish government's heavy-handed response to the vote for independence, with scenes of violence marring polling day, and participated in a number of region-wide strikes in protest.

In a reminder of their position on the matter, a statement of condemnation issued at the time referenced the club's "historic commitment to the defence of the [Catalan] nation".

Interestingly, however, former Barcelona president Josep Bartomeu had not been as forthright as others when it comes to the matter of Catalan independence, preferring not to become too mired in the issue.

While stressing the club's support for the democratic process and the will of the Catalan people, Bartomeu previously said that he would not let the club be used as a "political instrument".

"No one can doubt Barca’s commitment to the Catalan community. We defend the principles of democracy, the right to decide and freedom of expression, always with respect," he said at Barcelona's 2017 annual general meeting.

"That said, more than ever we call for dialogue and respect. In our case, we also call for respect to improve the coexistence between people. We know Barca are more than a club and Camp Nou is a place for expression.

"We cannot be a political instrument, no one can use or manipulate our badge or our flag, we will not let them be used. You can be sure that this board will always act in the club’s defence."