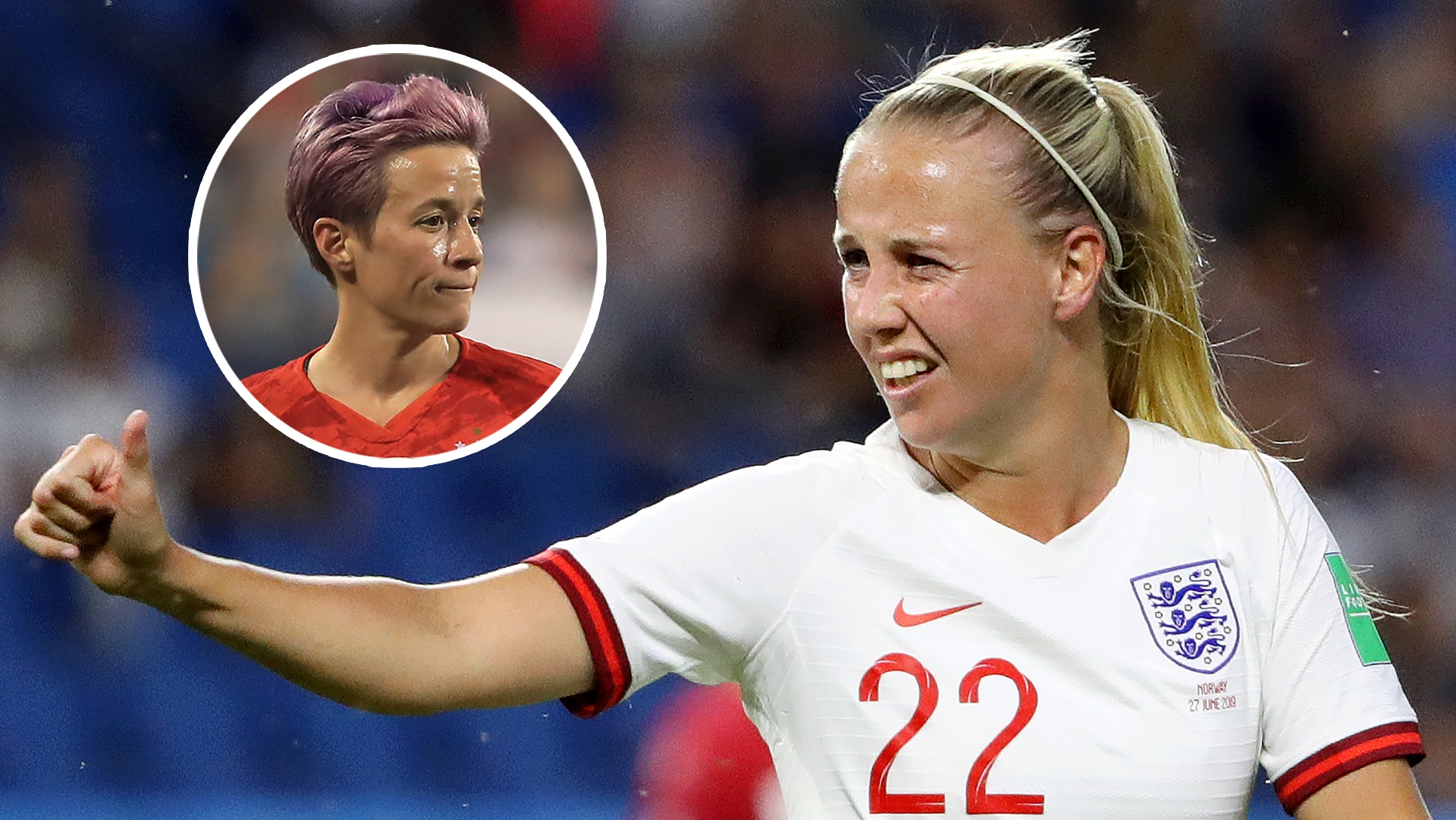 It was seven years ago when the Riverside last showcased the talent of England’s Lionesses.

Seventeen of the 18 players who made up Team GB's London 2012 squad were English, and at the time they were playing a warm-up game against Sweden in Middlesbrough, a former Boro youngster by the name of Beth Mead was in attendance.

The last time England themselves played in the north east was two years later, beating Sweden 4-0 at Hartlepool’s Victoria Park, and 19-year-old Mead was still banging in the goals for her national team at youth level, still waiting for her chance.

Five years on, with her having developed into one of the most prominent figures of Phil Neville’s team, 24-year-old Mead finally got her moment as the Lionesses faced Brazil on Teesside – even if the result wasn’t what she will have dreamed of the night before.

Two sloppy goals saw the Lionesses condemned to a 2-1 defeat, with goalkeeper Mary Earps’ mistake letting Debinha’s header squirm over the line for the first, while Brazil’s No.9 was again a touch fortunate with the second, which looped over the ‘keeper after being blocked.

But this was a significant moment for Mead. 30 miles up the road from her Whitby home, she returned to show a record 29,238 crowd – the biggest ever England women crowd outside of Wembley – that she is now well and truly a star.

Last time she was being cheered on by the locals in the north east, Mead scored 77 goals in 78 games for Sunderland, who she joined at the age of 16 after spending six years in Middlesbrough’s centre of excellence.

That incredible scoring rate fired the Lady Black Cats into the FA Women’s Super League, where she would be top scorer at the end of the 2015 season – all still at the age of 20, all still without a senior call-up.

It speaks volumes that when her senior England debut finally came in April of last year, it was seen as long overdue, even though she was still 22 years old.

That Mead has adjusted to a new position out wide through this rise - moving from the centre forward role she excelled in on Wearside - is another testament to the talent she has.

But nothing demonstrates just how highly-rated the forward is quite like Phil Neville’s pre-match comments.

“We saw Rapinoe win the big award last week, on the big occasions she delivers. That’s the challenge we’ve set Beth: Do you want to get to that level?” he told the press the day before.

“We’ve shown her the stats, the assists, the goals, we’ve said do you want to reach for the moon? You can go left or right here.

“Do you want to do OK, which is what we’ve seen, or go to the next level?”

Mead’s performance at the Riverside suggested that she is well and truly aiming for the latter.

Whether it was the challenge Neville had put down for her, or the fact she was back in familiar surroundings, she was lively from the off, proving far too hot for handle for Brazil’s right-back Giovanna, who Pia Sundhage rescued from a tough game at half-time by substituting her.

Mead should have had a goal long before Kathellen was moved from the centre of defence out wide to deal with her threat, having cut inside before curling her effort just wide of the far post midway through the first half.

She almost had an assist inside 10 minutes too, with Jodie Taylor just offside as her and Nikita Parris combined prior to the latter bundling in a teasing ball.

It wasn't until Beth England came off the bench that Mead, who created more chances than any other player, appeared to have a player as ready to change this game as she was.

The Chelsea forward headed in just minutes after coming on from Steph Houghton's long ball, and almost had a similar second from a Mead cross shortly after.

It might not have been the homecoming Mead - nor any of the other six players born in this neck of the woods - dreamed of.

But having been a promising young star in the background when the Lionesses have come up to the north east in recent years, the local girl from Whitby took centre stage this time.