The Blues' third-choice shot-stopper, who has taken a couple of spot-kicks himself in the past, would back the Brazilian to convert from 12 yards

Ederson is being backed to step up to the spot for Manchester City if required in the Champions League final, with Scott Carson facing enough "incredible" efforts from the Brazilian in training to convince him that success would be achieved from 12 yards.

The South American shot-stopper has never shied away from the fact that he would fancy his chances on penalty duty if Pep Guardiola ever gave him the nod.

City have endured plenty of problems in that department over recent times, with the likes of Raheem Sterling and Sergio Aguero fluffing their lines, and it may be that a goalkeeper needs to provide inspiration in a continental showdown with Chelsea on Saturday.

Carson claims Ederson will not be fazed if forced to face and convert penalties, with City's third-choice shot-stopper telling the Manchester Evening News: "He has smashed a few at me and Zack [Steffen] and it’s one of them where you actually want him to score, you don’t want the ball to hit you because he smashes it that hard.

"It does hurt! He takes a few every now and then and seems to find the side-netting every single time, and with the power. It’s incredible."

Could City go to spot kicks?

There will be plenty of goalscoring talent on show when two Premier League rivals lock horns on a European stage in Porto, but contests with so much riding on them tend to be tight affairs.

It may be that penalties are required to determine the destiny of sought-after silverware, with Carson - who has taken a couple himself in the past - admitting that Guardiola's side are preparing for all eventualities. 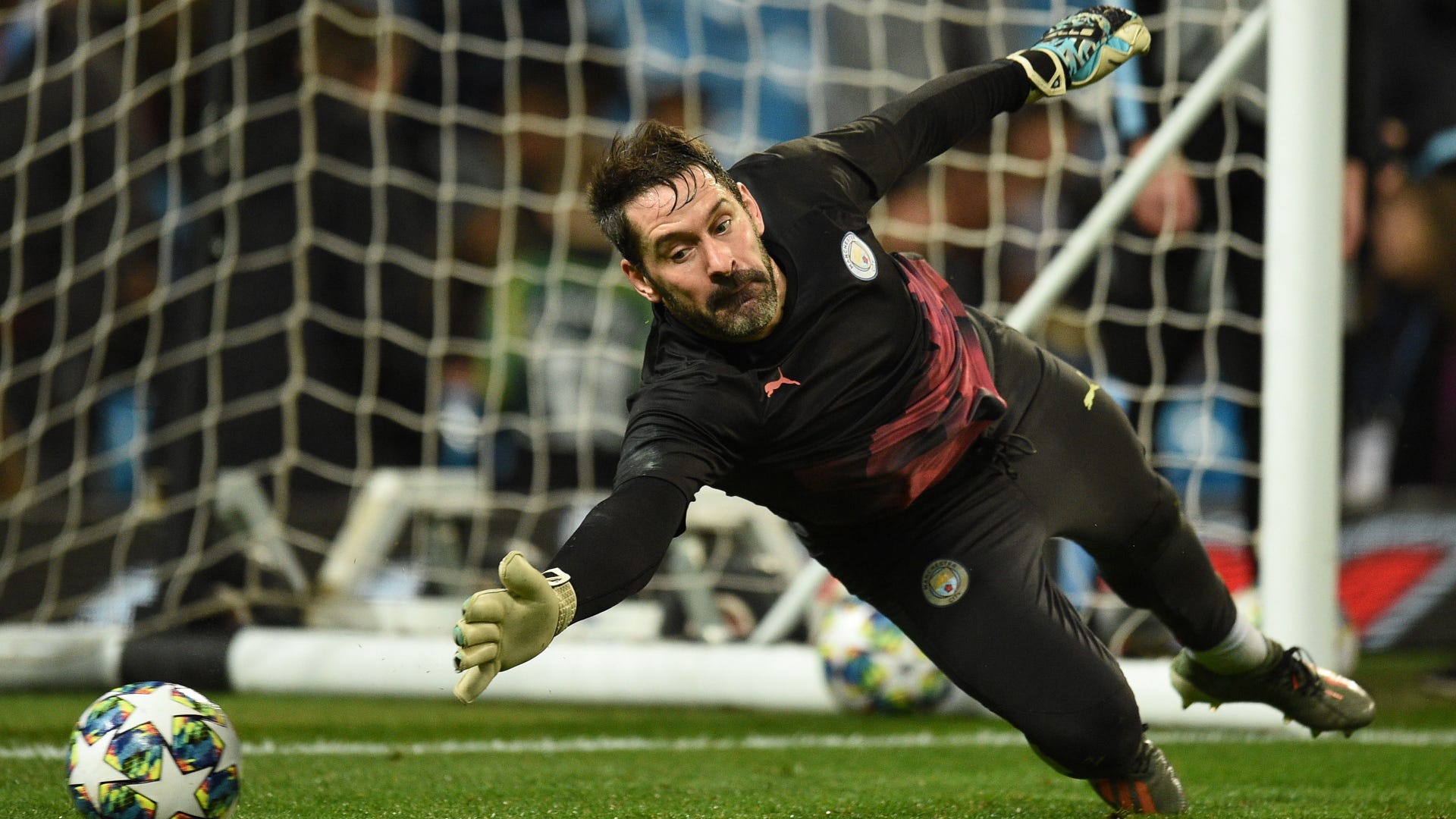 The 35-year-old former England international added: "Every day after training finishes, the lads will come and ask for a couple of penalties and the keepers try to make sure they do it properly.

"The training ground is different to a stadium with fans and pressure, but we just try to keep them honest and make them do it properly. You can watch videos of past penalties but it’s just instinct on the night, and who keeps their nerve.

"Xabi [Mancisidor] the goalkeeping coach will have the iPads out with past penalties - that’s normal stuff everyone does now. But that can only help you so much, as you don’t know what’s going to happen. You have to do it on the day - it can be about luck.

"But it’s a great position to be in as a goalkeeper because you can come out as the hero.

"When the shoot-out starts, you are enjoying it, but when the numbers start to go up - eight, nine, 10 - then you think ‘I’m going to be taking one soon if I don’t get my finger out!’

"That’s when it starts to get a bit nervy, as it’s a situation you’re not used to, out of your comfort zone.