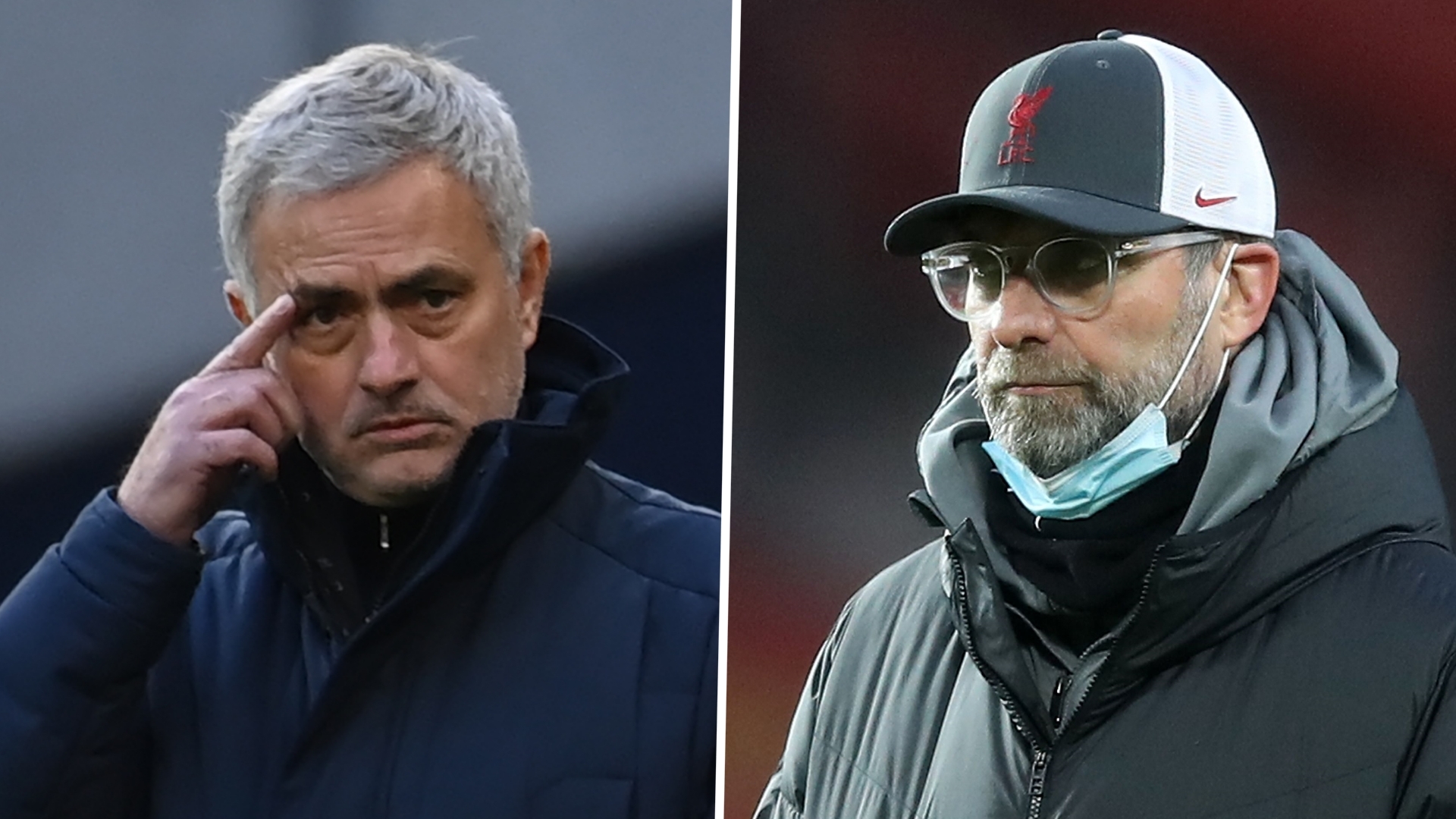 Despite calling out his opposite number after December's clash between the two clubs, the Portuguese claims to have no ill will towards the Reds boss

Tottenham head coach Jose Mourinho says that he is “not a friend” of Liverpool manager Jurgen Klopp ahead of his side's clash with the Reds on Thursday night, but admits he has great respect for the German.

Two of world football's most decorated and highly-rated managers go head-to-head in a match that would see the victor move into the top four ahead of West Ham, with Spurs boasting an additional game in hand over their fellow European hopefuls.

Mourinho called out Klopp following the two teams' clash in December, claiming that if he had acted in a similar fashion to the German on the sideline he would be sent off.

The Portuguese then doubled down on his comments ahead of Thursday's clash, stating his belief that other top-tier managers are not treated in the same way as him.

“What I can say is when I didn’t behave well I paid the price,” he said. “And I paid the price in two ways: one was to see matches on TV in the dressing room and another price was big-money fines and I feel that, for some of the other guys, it doesn’t happen the same.

“It doesn’t happen the same with them.”

Following those comments, Mourinho went on to admit his respect for his Premier League and Champions League-winning counterpart, although he added that the pair do not share a friendship due to the brief nature of their meetings to date.

“I'm not a friend of Jurgen because I never had time with Jurgen,” 58-year-old Mourinho told the press. “When you know the person well you can say, 'I like him, he's my friend' or 'I don't like him, he's not my friend'.

“With Jurgen it's five minutes before a match and five minutes after a match. What I can say about Jurgen is that he's a colleague that I respect, that I don't have any problem with.

“And I believe that he is the same way with me. No problems at all.”

Spurs and Liverpool are separated by a solitary point in England's top flight, with there only eight points between first-placed Manchester City and sixth-placed Tottenham.