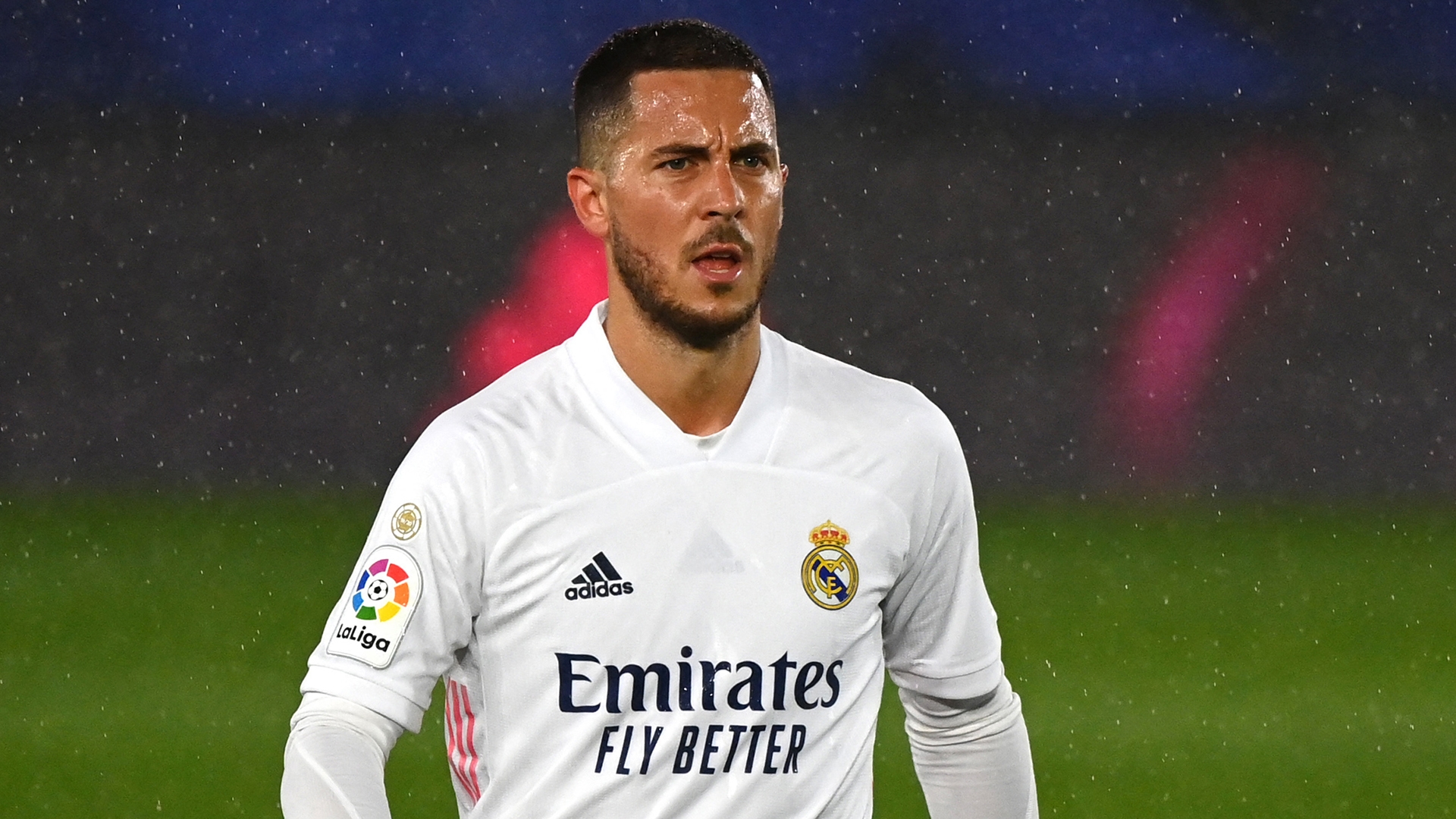 Eden Hazard has insisted that he won't leave Real Madrid "as a failure" and says he's determined to show that he's "made for" the Blancos in 2021-22.

Unfortunately, the 30-year-old has been unable to live up to that price tag due to a string of niggling injuries, and he has now opened up on his frustrations while away on international duty with Belgium at the European Championships.

"I'm only myself when I can enjoy myself on the pitch. That hasn't happened in the last two years at Madrid," Hazard told Het Nieuwsblad.

"If you have one or two injuries you can flip the switch, you recover to come back stronger, but if it's five, six, seven it's much more difficult mentally. But I keep going."

Asked if he has ever contemplated leaving Real, the former Chelsea winger responded: "It didn't occur to me for a second that it would be better for me to leave.

"I won't leave there as a failure. I only want to show that I'm made for Real Madrid.

"The last two years have been difficult, I've been at Madrid without really being at Madrid, you know... We've played in a stadium without fans, and I signed to play at a full Bernabeu."

Hazard has been restricted to just 43 appearances across all competitions during his first two seasons at Real, while missing a total of 60 games through injury.

The Belgium international only has five goals and six assists to his name so far, but did pick up a La Liga winners' medal in 2019-20.

Hazard went on to address the criticism he received after being seen laughing with Chelsea duo Edouard Mendy and Kurt Kouma after Real were beaten 2-0 by the Blues in the second leg of their Champions League semi-final at Stamford Bridge last term.

The Blancos were ultimately knocked out 3-1 on aggregate and Hazard saw his loyalty to their cause questioned, but he claims the incident was blown out of proportion.

"That was bad, yes," he said when asked to recall the pictures. "What [Edouard] Mendy and [Kurt] Zouma said wasn't even funny... If there was one game I wanted to win, it was against my former club Chelsea at Stamford Bridge.

"I was surprised when I saw the images. I got some phone calls [from Real Madrid team-mates]. But honestly, it's a nice group of players, that's one of the reasons I want to stay, the atmosphere is impressive."