Croatia
Nicholas McGee
23:43 31/05/2016 Comments()
Getty Images
The Sporting Gijon loanee was left out of his nation's Euro 2016 plans, after winning a place in Ante Cacic's provisional squad ahead of the tournament

Barcelona teenager Alen Halilovic will not feature at Euro 2016 after being left out of Croatia's final 23-man squad.

The 19-year-old attacking midfielder, who spent the past season on loan at Sporting Gijon, was named in the 27-man provisional squad by coach Ante Cacic.

Halilovic had previously said it would "not be a tragedy" if Cacic did not take him to the tournament.

And he will indeed not be making the journey to the finals in France - Halilovic is one of four players failing to make the cut.

Liverpool's Dejan Lovren was not considered for selection by Cacic for disciplinary reasons.

The defender was accused of refusing to warm up after being named among the substitutes for a friendly against Hungary in March and latter delivered an ultimatum to the coach, demanding he be picked in the first XI and threatening to make himself unavailable for the tournament, prompting Cacic to axe the 26-year-old indefinitely from the national team set-up.

Darijo Srna will captain the side, with the likes of Luka Modric, Ivan Rakitic and Mario Mandzukic all likely to be key to Croatia's hopes of success.

Croatia have twice reached the quarter-finals of the Euros, but were knocked out in the group stage four years ago.

Cacic's men have been drawn in Group D alongside defending champions Spain, Czech Republic and Turkey, who they will face in their opener in Paris on June 12. 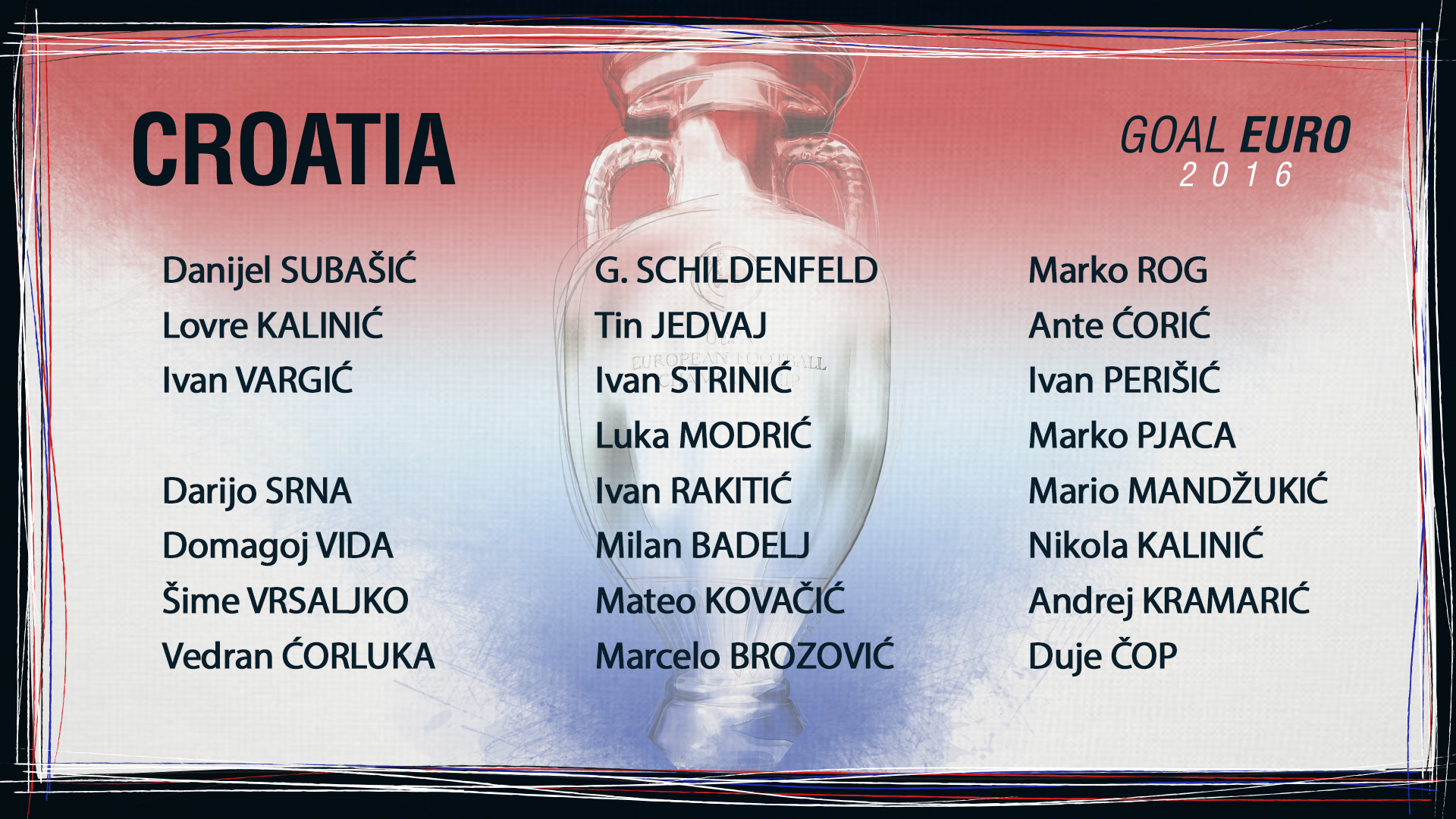