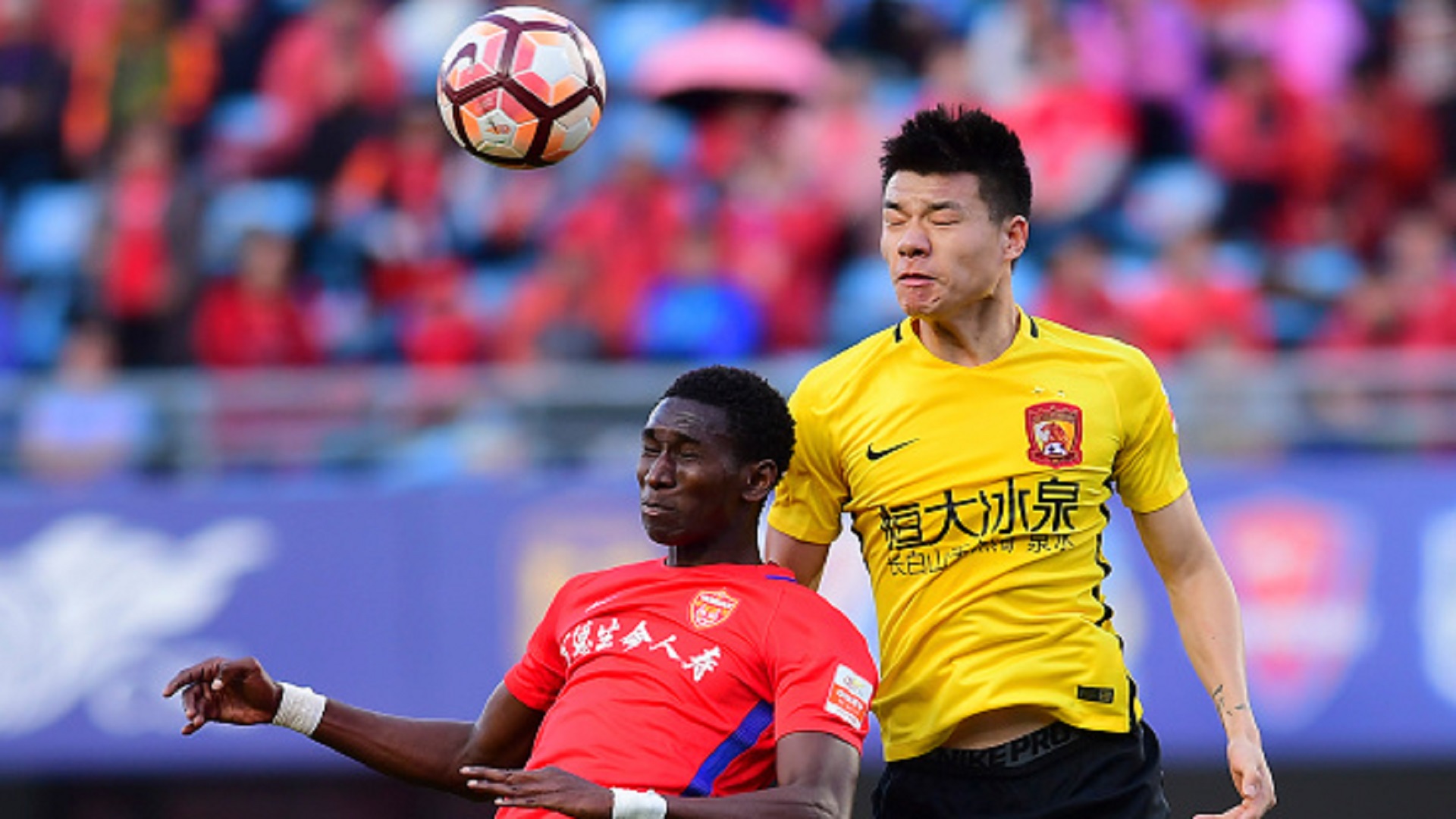 Gambia, a tiny west African country surrounded, mostly, by Senegal is known for being heavily dependent on groundnut  (peanut) production. Even at this, the country has produced some of the most notable names in African football, and one such name is Bubacarr Steve Trawally.

Born in Serekunda on 10 November 1994, Trawally announced himself to the African audience when he hit 18 goals in 28 appearances for relegated Chinese Super League side, Yanbian Funde to finish as the leading African scorer in the Chinese top tier last season.

The explosive forward has since moved to Guizhou Hengfeng FC after cutting short his stay at Yanbian. In what was a first for Africa, the 23-year-old moved directly to the CSL from Gambian side Real de Banjul in 2015 when he joined Hangzhou Greentown.

“The move to China was a big opportunity for me, I knew that aspirations were high about my talent,” he told Goal.

“The journey started when an agent came to the Gambia on a scouting mission and saw me playing for Real de Banjul. He would be interested in me and soon arranged trials with Hangzhou Greentown for me. I passed the trials and signed a contract with them but unfortunately, I never played a competitive game for Hangzhou and I was sent to Yanbian Funde on a season-long loan.

“At Funde, I impressed by scoring 17 goals in my first season.  I was then offered a permanent three-year deal. And after three good seasons, a number of teams were interested in my service and I ended up signing for Hengfeng in January 2018.”

As is the case with many African footballers who have made it big in world football, growing up in Africa is never easy, especially if one harbours a dream of turning into a professional footballer. And Trawally is no exception as he also had to cult a few tribulations of his own.

“Growing up in Serekunda was quite challenging because when you are in the Gambia, the chances of becoming a professional footballer are quite slim due to the fact that many European agents are not very attracted to Gambian football,” he continued.

“But I never stopped dreaming of becoming the player that I am today. I kept pushing and putting in work day by day with the belief that I will become a professional one day.

“And luckily I happened to be one of the lucky ones that the chance appeared for and I made good use of it to be where I am today.”

The Chinese topflight boasts a number of top African stars of late and finishing as Africa’s leading marksman is a feat that the Scorpions international does not take lightly.

“Playing in the Chinese super league has taught me a lot,” he added.

“It is a big accomplishment for me as the league is very competitive with lots of big players from all over Europe’s top leagues with lots of experience.

“There are players to look up to and learn a lot from and at the same time, work hard to compete with them and try getting to their level.

“I must admit am proud of my work last season scoring 18 goals in 28 games and finishing up in the top-five leading goal scorers in the league and above most of these big names from Europe.

“Playing in the same league and also finishing as the top African goalscorer above the likes of Ighalo [Odion], Gervinho etc.”

Despite making the headlines in China, Trawally admits though that he has been a fan of Arsenal since he was a boy and that he idolised Didier Drogba growing up. He is also fond of Pierre-Emerick Aubameyang and Sadio Mane and lining up against these start in Premier League remains his dream as he hopes to one day turn out for the Gunners.

“I am very happy in China and enjoying every week of my games but growing up, every kid had a dream and my dream is to be one day be one of the best players Africa has produced.

“So I am looking forward to playing in one of the biggest stages in European football.

“I grew up watching Real Madrid and Arsenal because my elder brother is an Arsenal fan. So I normally watched most of their games loved the way they play and since then, my dream has always been to play for Arsenal one day.”