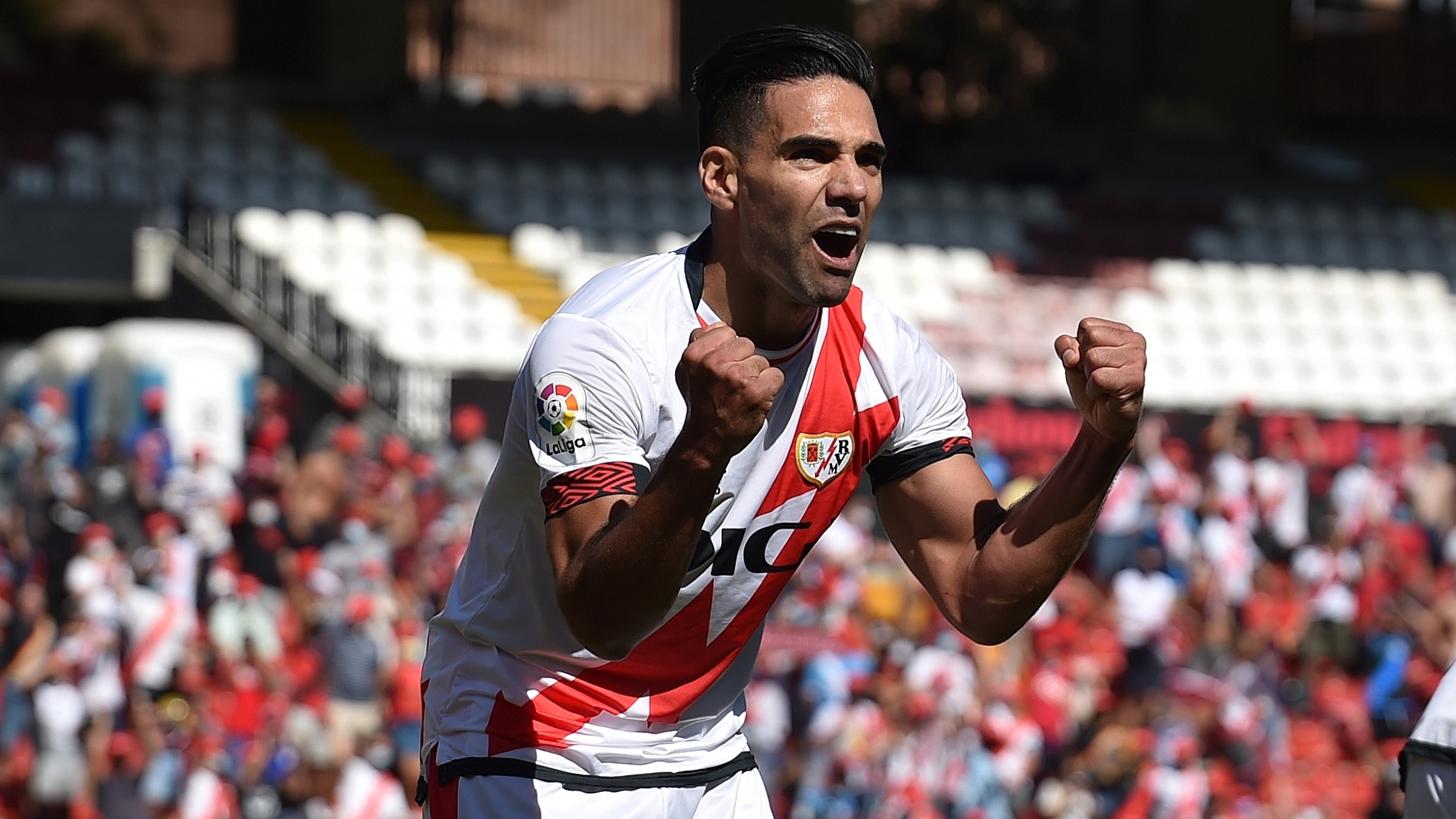 The Colombia idol chose to move back to Spain in order to play at the highest level possible, a gamble that is paying off handsomely so far

Rayo Vallecano president Raul Martin Presa does not shy away when it comes to creating lofty expectations.

After the tiny Madrid club pulled off a deadline-day coup with the arrival of Colombia legend Radamel Falcao on a free transfer, the under-fire club chief certainly saw no reason why he should not set the bar high for his new recruit.

“From my point of view we are talking about one of the top three finishers in the history of football, along with Hugo Sanchez and Pele,” Presa announced.

“It is a privilege to see him at Rayo Vallecano and La Liga.”

Such praise would be hard to live up to for any elite player, and with Falcao's horrendous run of injury misfortune, which has dogged him throughout what should have been his best years, one could have been forgiven for thinking that the ex-Atletico Madrid, Monaco, Manchester United and Chelsea sharp-shooter was being set up for a fall.

Instead, the striker has set about showing just why Presa was so excited to welcome him to Rayo with a dream start to life back in Spain, netting twice in two games to steer them to back-to-back wins this past week.

Both efforts were quintessential Falcao. He needed just over 10 minutes after coming off the bench against Getafe on his debut last Saturday to spring the visitors' leaky offside trap and steer his shot past David Soria, sealing a 3-0 victory which could prove invaluable later in the season if Rayo are drawn into a relegation dogfight.

Just three days later he was called on once more as a late substitute, and again did not disappoint, powering a 96th-minute header home to down Athletic Club 2-1 in Bilbao, a huge result a the newly-promoted side.

The sight of him in the No. 3 shirt, which he took as a tribute to his late father - “he transmitted to me the passion for this sport, he played with that number,” Falcao told reporters at his presentation – may still take some getting used to.

However, seeing him in the right place at the right time is instantly recognisable as the Falcao trademark - a sight which could have been lost for good throughout his recent, injury-ravaged seasons.There is certainly a sense that the forward is making up for lost time.

After his spell with Galatasaray ended this summer following two campaigns of injury frustration - he missed more than half the Turkish side's matches in that period, while still managing to score at a rate of one goal every two games - El Tigre could have chosen a more forgiving alternative to the lower reaches of La Liga.

Several sides in MLS, including David Beckham's Inter Miami, were linked with his services, while he has also fielded offers from Saudi Arabia and his native South America in the past.

Rayo are also in far from optimal condition. Promotion did nothing to cool tensions between the club's famously left-wing fanbase and Presa, who has come under fire for his administration and ticket price increases, and who further enraged the Bukaneros by inviting right-wing VOX politician Santiago Abascal to watch a game.

Even Falcao's presentation turned into a protest against the president. “Rada yes, Presa no,” and “Presa out” chants largely drowned out proceedings, meaning the Colombian was barely able to get the words out amid the jeers and whistles.

Once he did manage to speak, though, he made it clear why he took on this challenge. “One of my goals is to make it back to the Colombia national team,” he explained. “We are fighting for a spot at Qatar and what better than to come to this institution which gives me the opportunity to play.”

“I promise to give my best, play with my heart and if God is willing, score lots of goals.”

So far, so good. Sunday brings another potential relegation six-pointer for Rayo against Cadiz, but the hosts are currently closer to the Champions League spots than the drop zone in part thanks to their new striker's early heroics.

Another decisive performance for Falcao would also help swing the balance on the international front. Having missed the Copa America due to a niggling muscle injury, he earned a recall for Colombia's last three World Cup qualifiers in September, appearing in each game as a late substitute.

In his absence the Cafeteros have found goals hard to come by, and if he is fit and in form it will be extremely difficult to continue leaving the national icon out of the starting XI.

His hunger, certainly, cannot be faulted; it has not escaped the attention of many observers back home that while James Rodriguez, another Copa absentee, chose Qatar for his next destination, Falcao opted to continue fighting it out in one of Europe's best leagues in order to stay in contention for his beloved Colombia.

It is difficult to find anyone with a bad word to say about the humble, ultra-professional Santa Marta native, and as well as the Rayo faithful no few neutrals will be cheering him on over the course of 2021-22.

There will also be trepidation with the fear that more injury woes could knock him out of circulation - and even end his career at 35 - always present. That would be a cruel conclusion indeed for this brilliant performer.

Having seen physical traumas ruin his chances not just at the likes of United and Chelsea, colouring English fans' views despite his sparkling record elsewhere, but also the 2014 World Cup, when he was arguably the most lethal forward in the game prior to suffering a cruciate ligament tear, Falcao deserves to go out on a high.

If his body can take the strain, a strong season in Spain followed by final tilt at glory next year in Qatar would be a dream ending to his football tale.