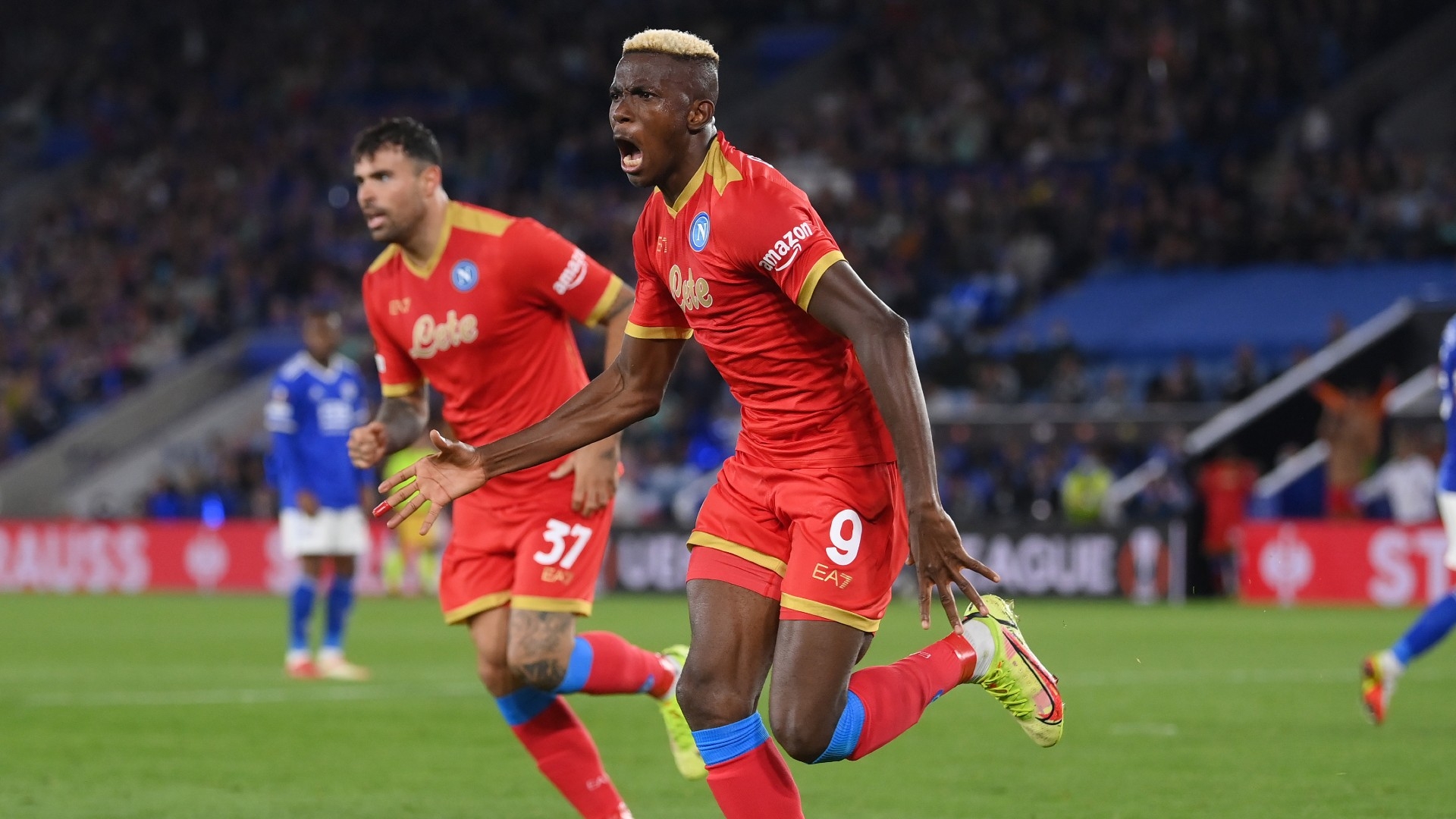 Victor Osimhen ended his wait for a Europa League goal with a brace as Napoli settled for a 2-2 draw against Leicester City on Thursday night.

With the Foxes looking destined for a win at the King Power Stadium, the Nigeria international scored twice late in the game to end proceeding all square.

Osimhen was a doubt for the game against Brendan Rodgers’ men following a knock suffered during the Parthenopeans’ 2-1 victory against Juventus in a Serie A fixture at the Diego Armando Maradona Stadium.

Notwithstanding, he overcame the injury setback to get Luciano Spalletti’s nod to start alongside Lorenzo Insigne and Hirving Lozano.

The English Premier League side got off to a flying start as Ayoze Perez gave them a tenth-minute lead after volleying past David Ospina a cross from Harvey Barnes.

Napoli dominated ball possession but wasted numerous scoring chances as they searched for a quick response.

Towards the end of 45 minutes, they came close to restoring parity, but goalkeeper Kasper Schmeichel combined well with Timothy Castagne to block Piotr Zielinski’s shot.

A few minutes later, the Denmark international made a superb double save from Hirving Lozano and Fabian Ruiz.

Five minutes earlier, Patson Daka’s sumptuous finish had been chalked off for offside as VAR adjudged that he was in an offside position.

In the 69th minute, Osimhen reduced the deficit. Benefitting from a pass from Fabian, the African lifted the ball over Jannik Vestergaard before lobbing an on-rushing Schmeichel.

To add to the Foxes’ woes, Wilfred Ndidi was given the marching orders in injury time for a second caution. With that, he will miss his club’s trip to the Stadion Wojska Polskiego – where they are guests of Legia Warsaw.

For Napoli, they welcome Russian Premier League side Spartak Moscow to Naples in their next Group C outing. Before then, they square up against Udinese, Sampdoria and Cagliari in Serie A.