European Championship
Stefan Coerts
17:08 03/06/2016 Comments()
AFP
The star names of their previous eras may be long gone, but Romania will represent a solid proposition at Euro 2016

After failing to qualify for the 2014 World Cup, Romania booked their ticket to Euro 2016 with relative ease, finishing second in Group F with 20 points from 10 games.

Northern Ireland beat them to top spot, but Romania impressed as they remained unbeaten throughout their campaign.

They may no longer have high-profile names like Gheorghe Hagi and Adrian Mutu of eras gone by, but they more than make up for their lack of superstars with their defensive solidity.

Anghel Iordanescu's men conceded just twice in their 10 qualifiers - fewer than any other team - with only Hungary winger Balazs Dzsudzsak and Finland attacker Joel Pohjanpalo finding a way past first-choice goalkeeper Ciprian Tatarusanu and his deputy Costel Pantilimon. 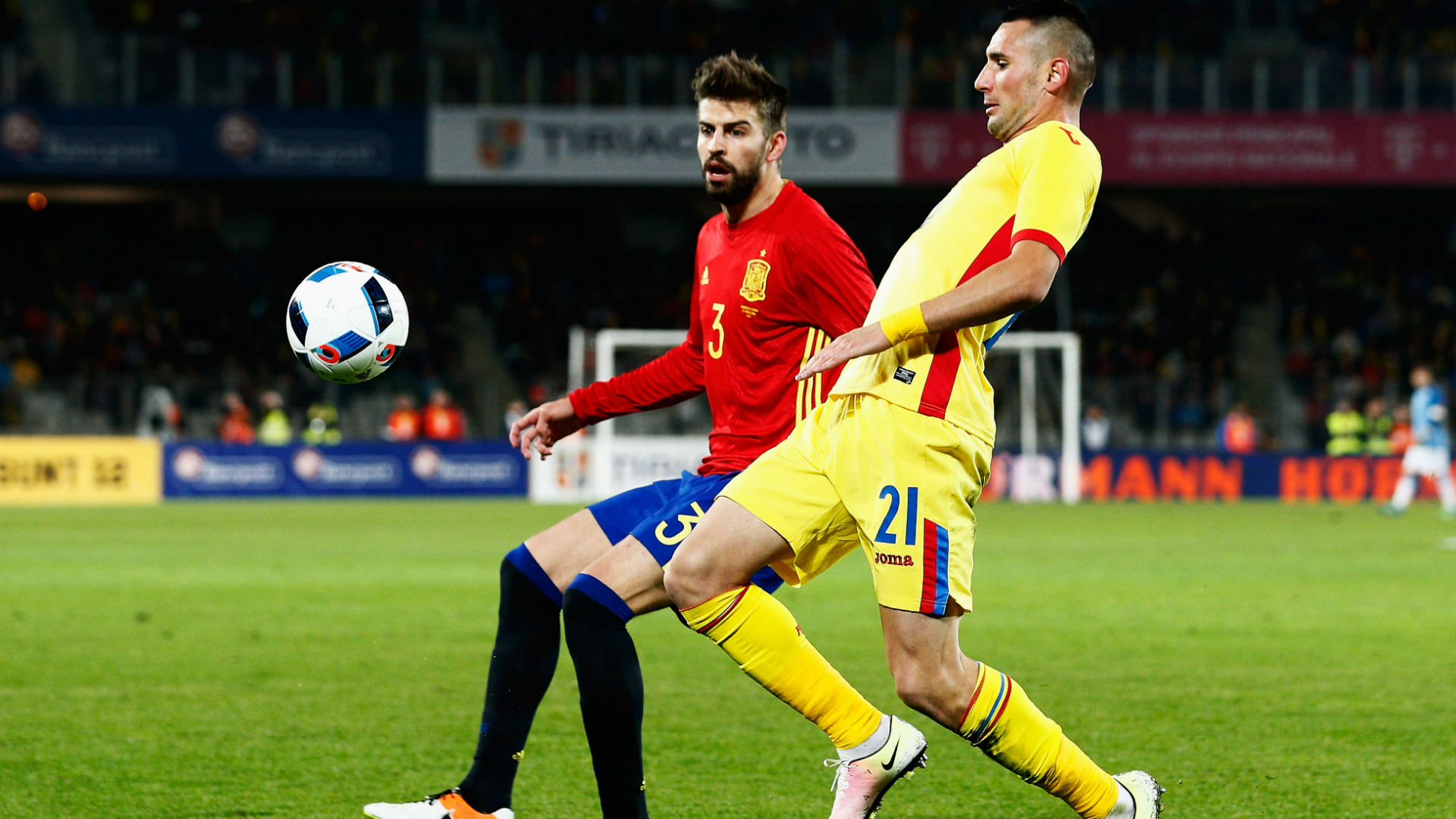 Napoli's Vlad Chiriches is at the heart of Romania's superb defence alongside Dragos Grigore, with the former Tottenham man Chiriches struggling to secure regular first-team action at club level, but always rising to the occasion for his country.

Veteran full-back and captain Razvan Rat missed the start of 2016 with a shoulder injury, but he remains a key figure, with the left-back fourth in Romania's list of most-capped players, only behind Dorinel Munteanu, Hagi and Gheorghe Popescu.

Their defensive prowess saw them hold reigning European champions Spain to a goalless draw in March, but the match in Cluj also highlighted their difficulties on the ball.

With gifted midfielders such as Gabriel Torje and Lucian Sanmartean, Romania have plenty of creativity in their squad, but they are lacking a true poacher in attack to make the most of their chances.

They netted a meagre 11 goals in 10 games during qualifying, with just three players scoring more than once, including right-back ​Paul Papp - who has not even made the squad for France.

Cordoba striker Florin Andone impressed in the 2-2 friendly draw with Italy back in November, while also giving a good account of himself versus Spain, and Romania will be hoping the 23-year-old can replicate his fine club form at international level come the finals.

There is no denying that their defensive performances will be key to their chances of surviving a group with France, Switzerland and Albania, though.

Iordanescu failed to guide Romania past the group stages at Euro '96 during his first of three spells in charge, but he will be hopeful of doing better this time around and he should draw inspiration from one of his former teams.

A solid defence and a strong collective effort saw Greece shock the continent as they emerged victorious at Euro 2004. Iordanescu - who coached the Greeks in 1998 and 1999 - will be hoping that he can emulate his former employers' surprise win.

There are definitely similarities between the current Romania and Greece's 2004 squad, so underestimating the Romanians would be a huge mistake.