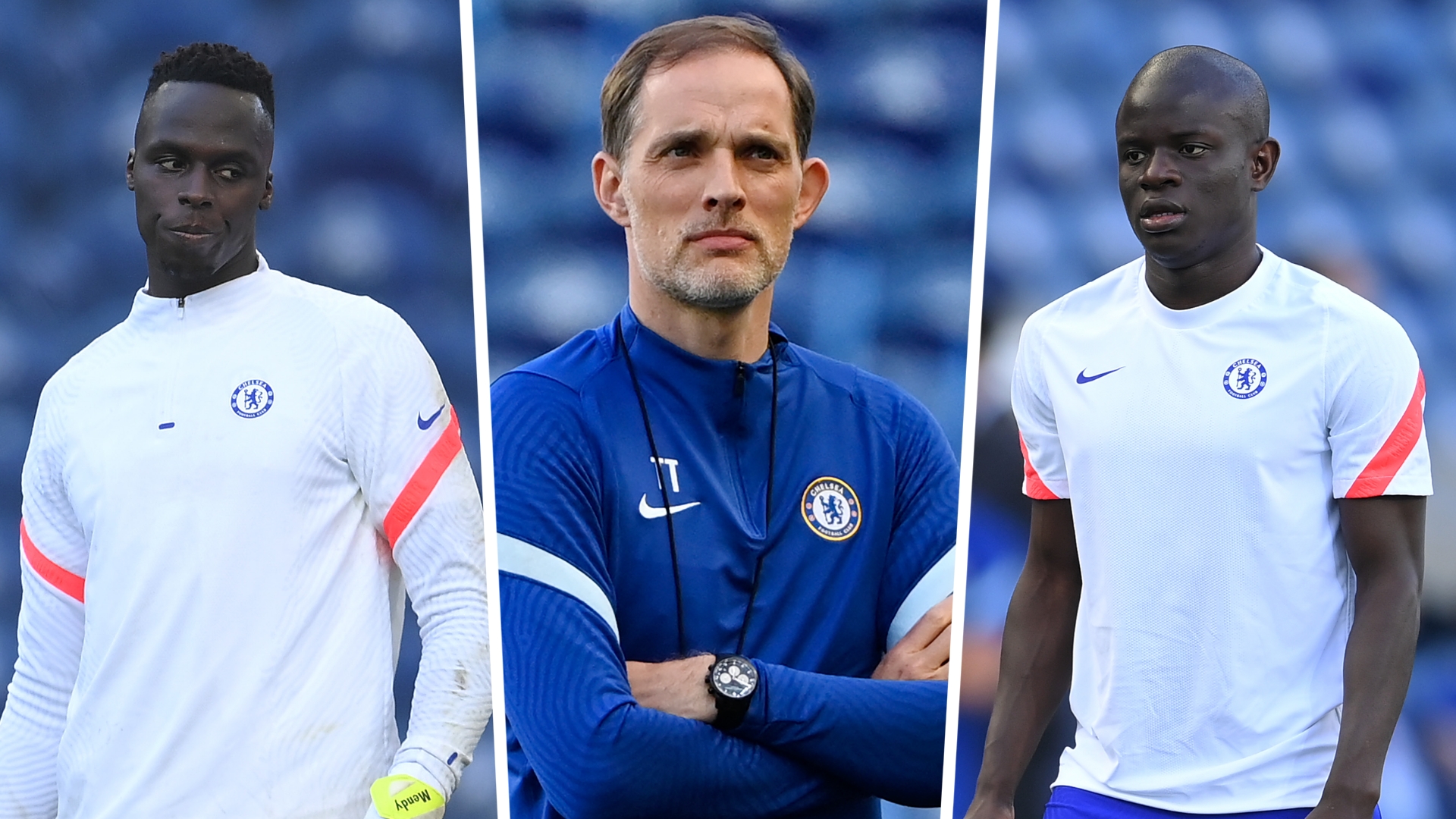 Thomas Tuchel has confirmed that Chelsea have a full complement of players ahead of their Champions League final against Manchester City on Saturday.

N'Golo Kante has recovered from a thigh problem that he sustained against Leicester, while Edouard Mendy has avoided serious injury after colliding with the goal post against Aston Villa on Sunday.

The Blues haven't had any further setbacks, taking a 25-man squad to Porto ahead of the match at Estadio do Dragao.

"It is the best news ever, no injuries and I hope it stays like this until after the training today," Tuchel told reporters ahead of the match.

He then went on to describe the mood in the camp ahead of the club's first Champions League final since their only success in the competition in 2012.

"I would say I have full trust in everybody once it is about hunger, always on the highest level in sport it comes down to the question of how badly do you want it. But I felt us very concentrated, very focused, very disciplined in the build-up of this week," he added.

"I feel us with genuine confidence, which is very nice to have, and a very nice feeling to arrive in a final with. We had two training sessions in London, one yesterday we did a bit of a tactical session because today is live.

"So today is the last training, to find out the last details, get the last feeling and more importantly for the players to get a feeling about the stadium. Feel it, smell it, and then the occasion is coming closer. And from dinner today we will have a countdown with two meetings tomorrow, and the big match coming up."

What would Chelsea do for penalties?

Tuchel went on to reveal that he has already selected his penalty takers and prepared for that eventuality, should the match end level after extra time.

"We always practice penalties when facing a match where it is possible to end in this way," Tuchel continued. "Can we simulate the pressure, the fatigue, the occasion and how it will be tomorrow? No.

"But still we believe we can take care of that, a certain rhythm and habit during penalties. Honestly, the penalty shootout was fantastic [Man Utd vs Villarreal] in terms of quality from the takers, I don't think I ever saw something like that, 20 in a row with no misses.

"Such belief is well taken. Let’s see, we have the guys we have identified who should take the penalties for us but I don't know in the end who will be on the pitch. But we are prepared if we go into penalties we go in there together and we leave them together."