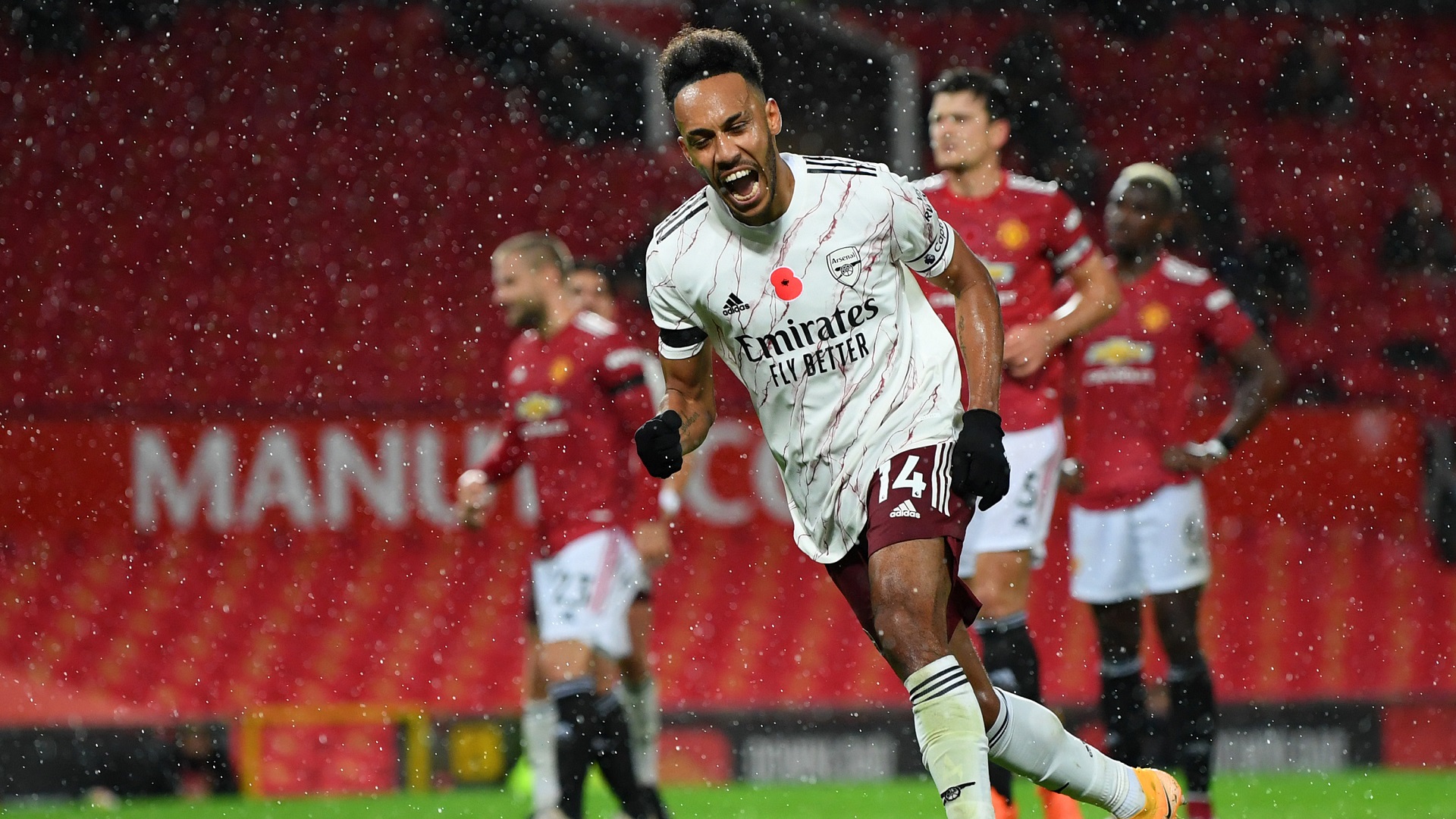 Pierre-Emerick Aubameyang has become the first Arsenal player to score a penalty at Old Trafford in a Premier League game with his match-winning effort on Sunday.

The 31-year-old stepped up to score only the goal that handed Mikel Arteta's side a 1-0 win over Manchester United after Hector Bellerin was brought down by Paul Pogba in the 18-yard-box.

It was the third penalty attempt the Gunners have had at Old Trafford in the English top-flight with Robin Van Persie and Gilberto Silva not the hitting the target in the previous two, in 2011 and 2006, respectively.

1 - Pierre-Emerick Aubameyang is the first Arsenal player to score a penalty at Old Trafford in the Premier League, with neither of the previous two attempts being converted (Robin Van Persie in 2011 and Gilberto Silva in 2006). Confidence. pic.twitter.com/aQnuu9Kasd

The 69th-minute strike was Aubameyang's second goal of the season and it ended his five-game goal drought in the league, his first was against Fulham on an opening day.

The Gabon captain was in action for 87 minutes before he was replaced by Shkodran Mustafi, however, he was shown a yellow card by referee Mike Dean for time wastage.

Former Nigeria international Odion Ighalo did not make Ole Gunnar Solskjaer's squad for the encounter while Ghana's Thomas Partey alongside Egypt's Mohamed Elneny played the duration for the Gunners. Ivory Coast's Nicolas Pepe watched on from the bench.

Sunday's victory was also Arsenal's first Premier League win at Manchester United since September 2006 and their maiden league triumph over a "big six" club since January 2015.

The Red Devils dropped to 15th on the league standings with seven points after six matches while Mikel Arteta's side climbed to eighth with 12 points after seven outings.

Aubameyang will shift his attention to Arsenal's Uefa Europa League outing against Norwegian club Molde on Thursday, before they host Aston Villa at the Emirates Stadium on November 8.

The 2015 African Footballer of the Year has scored four goals in nine matches across all competitions so far this campaign.