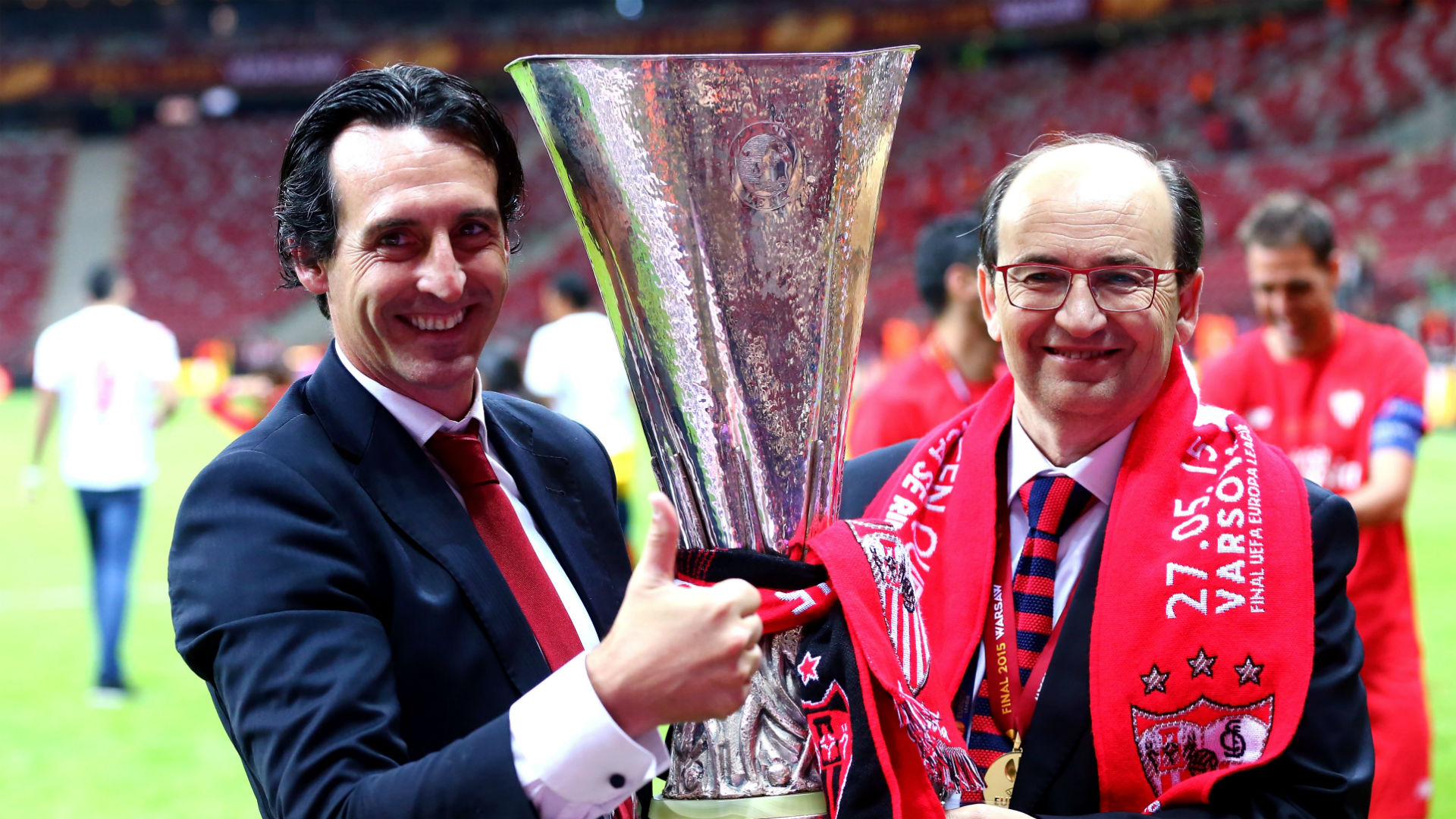 Sevilla are capable of cementing a standing as Europa League specialists, Frederic Kanoute has told Goal, but the likes of Arsenal and Chelsea will also be in the mix.

The Liga outfit have enjoyed a stunning run of success in continental competition, with five triumphs savoured in the last 10 years.

A hat-trick was secured between 2014 and 2016, with no rival able to get close to matching a side then managed by Unai Emery.

He is now at the helm of Premier League outfit Arsenal and back in the hunt for a trophy he is well acquainted with.

Two-time UEFA Cup winner Kanoute, speaking courtesy of Enterprise Rent-A-Car, told Goal on the claims of his former club, who face Lazio at home in the second leg on Wednesday, to another title: “They are one of the favourites. But this season is going to be difficult with the likes of Arsenal and Chelsea, and a lot of others. But, they are still well into the competition.

“I saw the first game against Lazio and they pretty much cruised against them so hopefully they can win the second leg and then after that anything is possible. I really believe they can make it but this year is going to be very tough.”

If Sevilla are to emerge victorious once more, then they are going to need to keep their frontmen firing.

Andre Silva, taken on a season-long loan from AC Milan last summer, has contributed 11 goals to their cause so far, but none in Europe.

Quizzed on whether the Portugal international is worth keeping on or would represent a risk at €40 million (£35m/$45m), Kanoute said: “The end of the season will tell us a lot about whether or not they should sign him. Obviously, he is a very good player. Especially at the beginning of the season, he was really good.

“He is a player that can be really interesting for Sevilla. There are a few months to go and anything that happens from now on will help Sevilla and the player make the right decision. It will be interesting to see.”

On the comparisons being made between Silva’s partnership with Wissam Ben Yedder and the one he enjoyed when operating alongside Luis Fabiano, Kanoute added: “It’s very good. I enjoy watching them. Lots of people have compared the partnership I had with Luis Fabiano and this one.

“Ben Yedder has been really good in all of the years that he has been with Sevilla and is doing great. I think that offensively he is the best asset that Sevilla have. The two together can make a really good partnership.”

While Ben Yedder and Silva are charged with the task of providing end product for Sevilla, there is plenty of creative talent on their books.

Jesus Navas falls into that category, with a World Cup-winning winger still going strong at the age of 33.

Asked for the secrets behind an iconic figure’s longevity, Kanoute – who spent seven years playing alongside him between 2005 and 2012 – said: “Physically, he is a beast. I remember when we were doing pre-season training and when it was hard for everybody to do the endurance tests, he was not even breathing hard or sweating while everyone else was lying on the floor!

“Naturally, he is really strong physically, has good endurance and also has a good lifestyle, a stable life, and that helps him to carry on for a long time.”