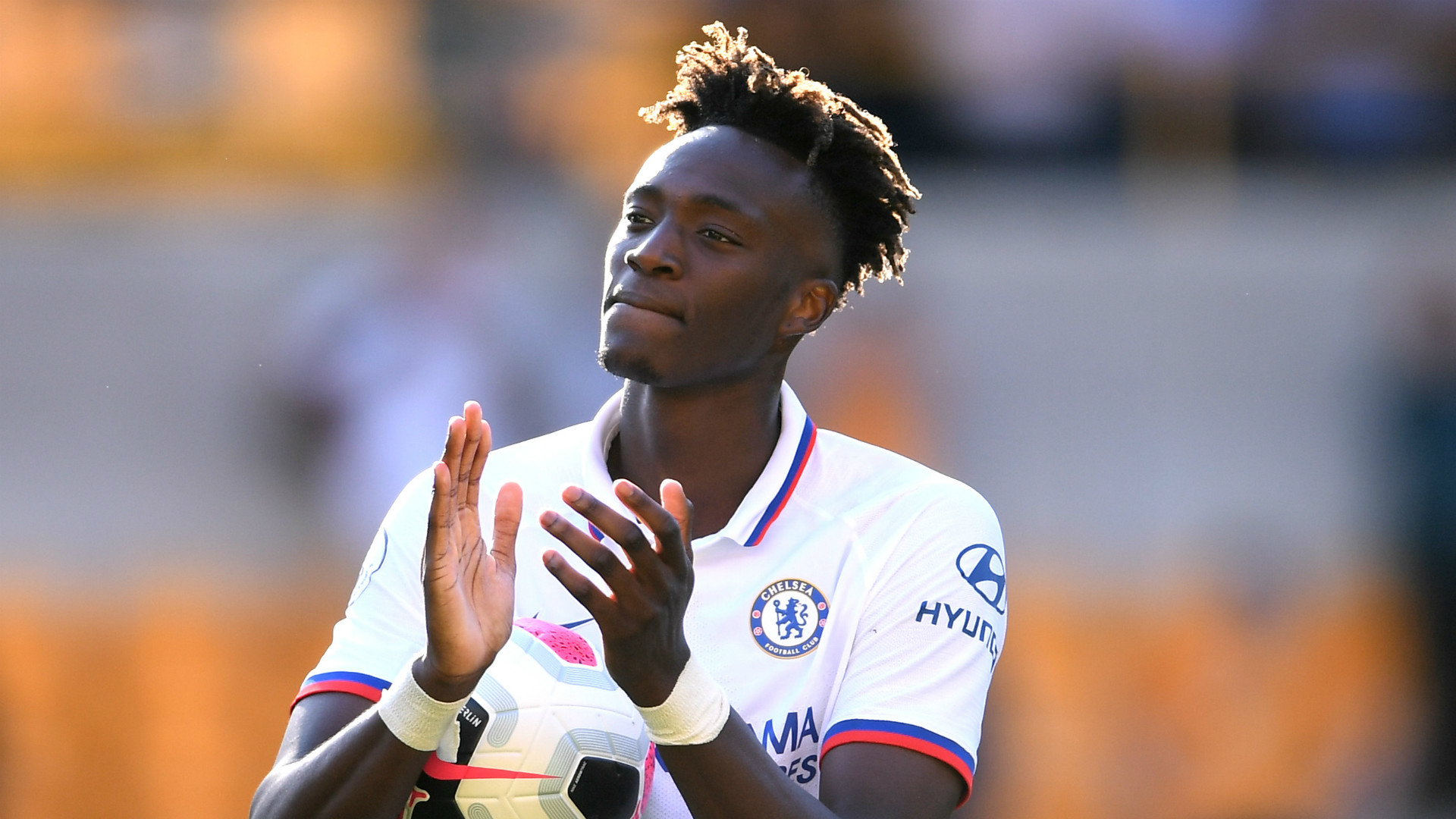 The Blues star was among the goals against Wolves, as he scored a hat-trick, and has now netted on more than one occasion in three straight games

Tammy Abraham has become the youngest player to record a Premier League hat-trick for Chelsea, while also matching the record of a certain Cristiano Ronaldo.

The England international has been in fine form of late.

A hot streak in front of goal has been enjoyed since opening his senior account for the Blues in a meeting with Norwich on August 24.

He bagged a brace in that contest, before going on to net another the following week against Sheffield United.

Those efforts were not enough to earn him a place in the latest Three Lions squad, but his form has been maintained across the international break.

Abraham returned to action away at Wolves on Saturday and justified the faith being shown in him once again.

Frank Lampard has given the 21-year-old an opportunity to shine, and that chance has been grabbed with both hands.

Abraham netted a treble at Molineux, with his three efforts coming in the space of 21 minutes either side of half-time.

Having found the target more than once in three successive games, the youngster has emulated the achievements of Manchester United legend Ronaldo and current Tottenham star Dele Alli.

2 - Tammy Abraham is the third player in Premier League history to score 2+ goals in three consecutive appearances aged 21 or younger, after Cristiano Ronaldo in December 2006 and Dele Alli in January 2017. Shining. pic.twitter.com/WSuVIrXpcT

Five-time Ballon d’Or winner Ronaldo enjoyed a productive Christmas for United in 2006 as he bagged braces against Aston Villa, Wigan and Reading between December 23 and 30.

Alli’s exploits also came towards the end of a calendar year, with his run for Spurs started on December 28, 2016.

He followed up a double in that game by delivering the same against Watford and Chelsea in his first outings of 2017.

Abraham has now matched those feats, while going one better by adding a hat-trick to his tally.

In claiming a match ball against Wolves, he has also secured his own piece of Chelsea history.

He is the youngest player to have achieved that feat for the Blues.

Eden Hazard previously held that record, but the Belgian has been knocked from top spot.

3 – Tammy Abraham (21y 347d) has become the youngest ever Chelsea player to score a Premier League hat-trick, and is the youngest Englishman to do so in the competition since Raheem Sterling (v Bournemouth) in October 2015. Outstanding. pic.twitter.com/huibRPCliW

Abraham will be hoping to carry his fine domestic form into continental competition next week, with a first Champions League goal of his career up for grabs in a meeting with Valencia on Tuesday.