Thomas Unsworth
The Sweden international has signed a one-year deal at Old Trafford following his departure from PSG, and says he snubbed an offer from the former England captain
Zlatan Ibrahimovic has revealed that he turned down the opportunity to link up with David Beckham in the MLS to join Manchester United.

The Sweden international was heavily linked with a move to the United States after his exit from PSG, but ultimately opted to sign a one-year deal at Old Trafford, reuniting with former boss Jose Mourinho in the process.

And, speaking exclusively to Goal , Ibrahimovic has now admitted that he snubbed Beckham’s offer to play for his new Miami-based franchise, which has recently secured land for a stadium and hopes to join the league in 2018, such was his desire to play in the Premier League.

"David is a good friend of mine, and he has asked me to play for his (Miami) team," Ibrahimovic said. "For now, I want to achieve big things with Manchester United, but I have a lot of respect for the MLS, and anything is possible." 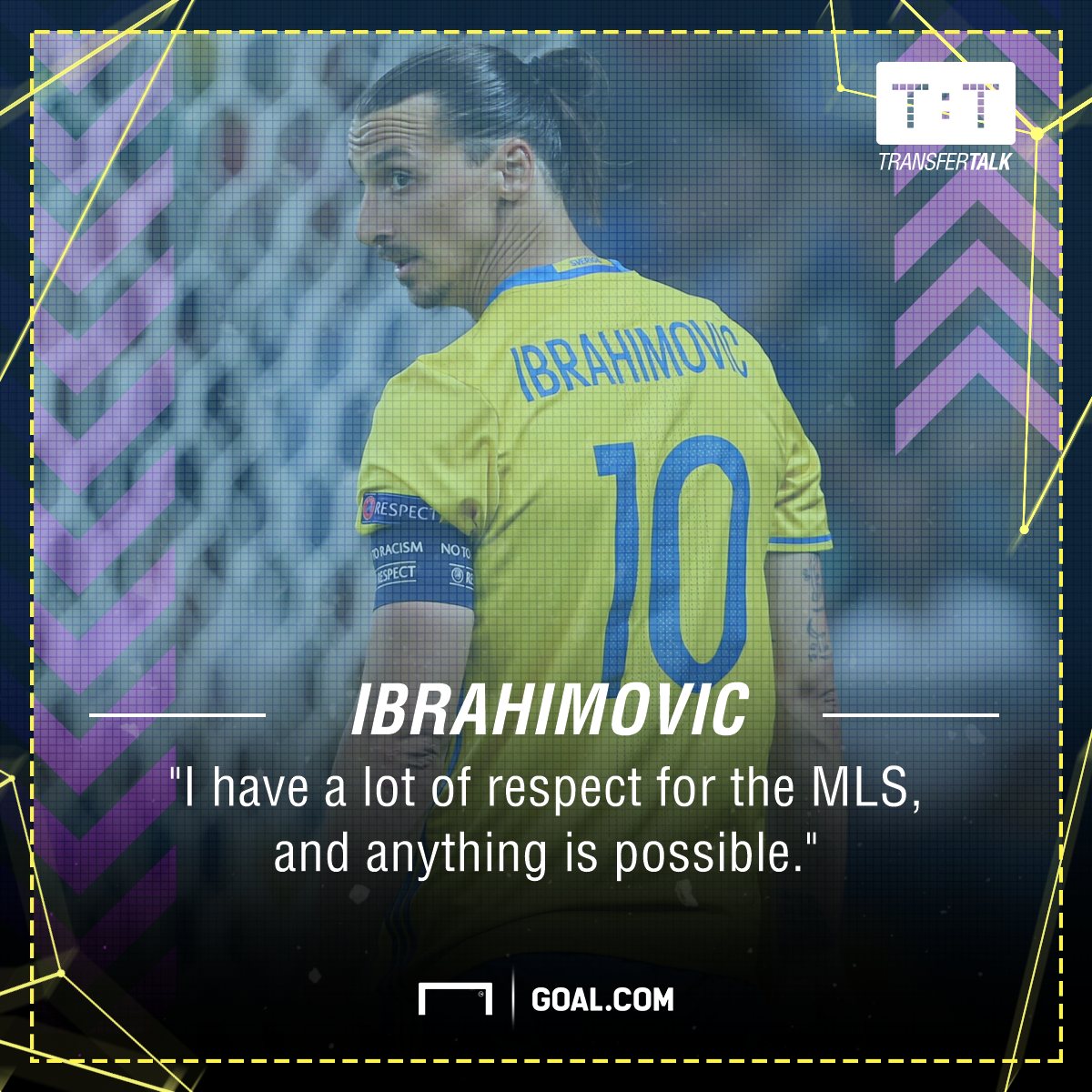 However, despite waxing lyrical about the ability of Jose Mourinho, Ibrahimovic has refused to rule out a move to America in the future.

"I am not ruling out the MLS," he added.

"Once I had decided to leave PSG there were many offers, but with Zlatan that is normal.

"I know that teams from the MLS were interested, but the opportunity to play for Manchester United, and of course to work with my good friend Jose Mourinho again, was impossible to turn down.”

The veteran striker, who has won league titles in the Netherlands, Italy, Spain and France, will turn 35 in October but maintains that he has no intention to retire in the near future.

"I would never rule out the MLS in the future. I have a contract with Manchester United, but I feel in great shape," he added.

"I feel as though I could play until I am 40. It is impossible to predict the future."