Following the conclusion of the 2011-12 European league season, Goal.com has put together a list of the best performing Nigerian players
By Goal.com Nigeria Editors

Chelsea midfielder John Obi Mikel was the biggest Nigerian winner in Europe in the just ended season. He won his fourth FA Cup and a first ever Champions League trophy with the Blues, placing him in the legendary class of Nwankwo Kanu and George Finidi, the two other Nigerians to have won the prestigious title.

But it was John Utaka who caught the imagination with his performances at lowly-rated Montpellier who ended up winning the French league, their first ever. Utaka started 34 out of 35 matches and scored the winning brace in the final trophy Championnat winning game against Auxerre.

Nigerian players did the country proud in Europe and it is no wonder that they are highly sought after. Here’s a list of the top 10 performers chosen by Goal.com: 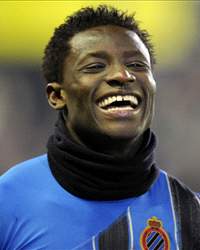 Akpala had consistent performances by scoring 15 goals in 36 appearances in the Belgian top division which helped Club Brugge clinch a Champions League spot for next season. Akpala may however be on the way to England to join West Ham as he has been scouted by the team which will be competing in the Premier League next season. He also scored seven goals in the Europa League. The 25 year-old has however been overlooked by the national team handlers for the time being. If he continues the way he left off this season, he will surely be up for a recall in the nearest future. 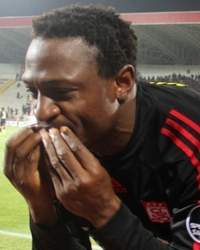 In his first full season in Turkey, Michael Eneramo scored 11 goals to help Sivaspor finish in seventh position. The 26 year-old was his club’s top scorer putting in impressive all round performances that helped them stay in the top division. Even though he has hit out at being left out of the Nigeria squads in the past, Eneramo would hope for a favourable look in by Stephen Keshi.

After last season’s match fixing troubles, Fenerbahce came back to challenge for the Turkish League title and they were propelled in defence by the services of Joseph Yobo who started in 39 matches. Unfortunately, they could only earn second place behind rivals Galatasaray but earned a Champions League spot. Fenerbahce would go on to win the Turkish Cup even though Yobo took an early shower after getting injured in the first half. On the whole, his contributions to the club were massive and they could not have gone that far without him. 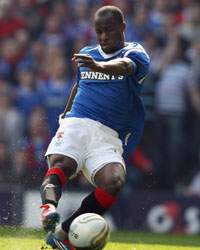 The 23 year-old Rangers forward had an unforgettable season in the Scottish top flight. Sone Aluko scored 12 goals in 21 league matches including a hat trick against St Johnstone to earn lots of praise from his team mates and coaches. Rangers ended up in second place but will not play in the Champions League due to the club going into administration. His improved performances did not go unnoticed as he has been recalled into the Super Eagles by Stephen Keshi, the first time since he made his debut in 2009. 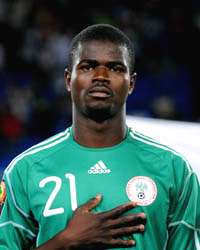 As a defender, Elderson Echiejile scored four goals in 26 appearances, the most by any Nigerian defender. At a point, his club Sporting Braga were in the frame for the Portuguese League title but ended the season in third place. This earned them a Champions League qualifying place. Echiejile was the highest scoring Braga defender in the season. 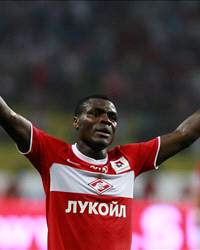 In his first season in Russia, Emmanuel Emenike continued his goal scoring exploits for his club Spartak Moscow. He scored 13 goals in 22 appearances and helped nick the Champions League spot from local rivals CSKA Moscow. He encountered a tough time in Russia as he endured racist taunts from opposing fans and got a media backlash with his response. Emenike has however not been called up into Stephen Keshi’s squad for June’s important qualification matches. 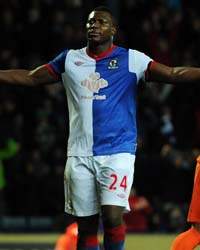 Though Blackburn Rovers were relegated, Yakubu Aiyegbeni had his best scoring season in the Premier League with 17 goals and he could be on the way to join Reading, who just got promoted to the top division among a slew of other admirers. The big striker showed that he is still as hungry in front of goal as when he arrived in England a few seasons ago. However, he was not able to transfer his club form to the national team as Rwanda held Nigeria to a goalless draw in Kigali earlier in the year. 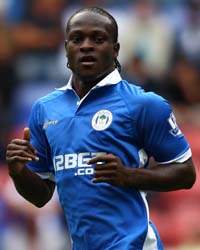 Moses had the most successful dribbles in the Premier League and his haul of six goals helped Wigan Athletic continue their stay in the top flight for the eighth consecutive year. He is on the radar of many top clubs but may end up wherever his coach, Roberto Martinez goes.  The 20 year-old also secured his international future with the Super Eagles after making his debut in the goalless draw with Rwanda in Kigali. Nigeria coach Stephen Keshi has expressed hopes that the young player could be an important part of the squad he is building. 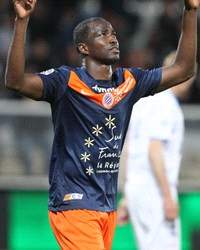 John Utaka’s resurrection was complete when he scored the brace that confirmed lowly Montpellier as Ligue 1 winners for the first time ever. Even though the 30 year-old scored just seven goals in the French top division, they were valuable goals that ensured he would win his first ever league title in the most unprecedented manner. He underlined his recall into the Super Eagles since the end of the 2010 World Cup with this performance in France. He has shown that there’s still fire in those ageing bones. 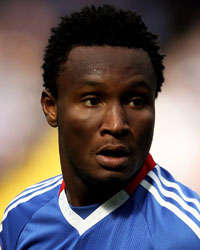 What a year it was for Chelsea’s John Obi Mikel. At a time, he was considered a spent material at Stamford Bridge as young coach Andre Villas Boas found him unworthy for a starting place in midfield. Mikel’s season took a turn for the better when caretaker coach Roberto di Matteo handed him the keys to the Blues’ engine room where he worked hard to ensure that Chelsea would end up with two trophies, the FA Cup and the elusive Champions League.  Though he did not get a goal throughout, the midfielder lived up to his high billing making him the most successful Nigerian player in Europe in the just ended season.


Do you agree with Goal.com's Top Ten Nigerians in Europe for this season? If not, who do you think should be on the list?

for the latest in Nigerian footballing news, features, and analysis
Close