By Ed Dove
The young England-born midfielder’s career has been exciting till date and his desire is now to play for the national team of his parents' country of birth, the Super Eagles
EXCLUSIVE
By Ed Dove

The recent success of the young, vibrant Super Eagles team has, it seems, not only acted as an inspirational force for Nigeria fans worldwide; the triumph, and the new direction of the vibrant national side, has encouraged a reaffirmation of Nigerian national identity across the globe.


It looks as though the team may be primed to benefit from the pride that the victory has induced within Nigerians overseas. Reading midfielder and Premier League star Hope Akpan was moved to declare himself available for the Super Eagles—and Stephen Keshi’s revolution could take another major step forward with the inclusion of this exciting young talent.

Akpan may not be a name familiar to many Eagles fans, but his meteoric rise of late deserves acknowledgement; having been released by Everton as a 19-year-old, the youngster was picked up by then-League Two’s Crawley Town.

A promotion-winning campaign was the perfect antidote, helping Hope move on from the ‘heartbreak’ of being shown the door by the Blues after 11 years of service. Beginning 2012-13 in England’s third tier, Akpan quickly adapted to the ‘rough and tumble’ of the lower leagues, learning his trade, appreciating the realities of the game further down the pyramid, and imbuing him with a hunger to return to the upper echelons of the sport.

He didn’t have to wait long. Clearly a cut above the rest in League One, the dynamic midfielder was picked up by Premier League club Reading in January of this year. Speaking to Goal.com, he admitted there had been rumours about bigger clubs coming in for him, but despite this, it was still a massive surprise when reported interest became a concrete move.

Only days after Reading knocked Crawley out of the FA Cup, Akpan had gone; Exit League One, Enter Premier League.

While recent weeks have been stymied by injury, Akpan has adapted well to the EPL in his nine games to date. Having already notched up three assists, early signs suggest that he is well capable of taking the step up to a higher level and cementing his status as one of the country’s finest young midfielders.

Unfortunately, his immediate future may not be in the top flight. With Reading struggling to escape from the relegation zone throughout the season, it has long seemed inevitable that the Royals will tumble. Descent to the Championship would cap a rollercoaster few years for Hope: Release, promotion campaign, Premier League, relegation battle—we joked that, at 21, he was already among the most experienced campaigners in Reading’s squad! 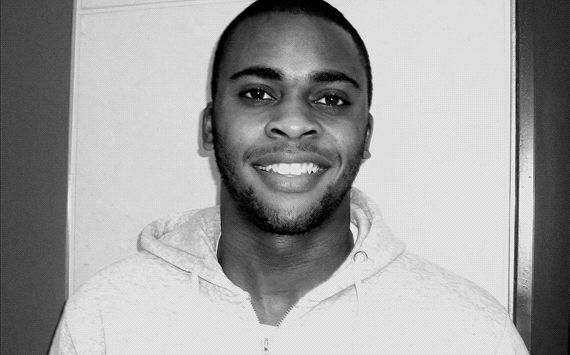 The natural progression for Akpan appears to be international football. He was candid about his desire to break into the Super Eagles set-up, and there was a distinct twinkle in his eye when the prospect of accompanying Nigeria to the 2014 World Cup was raised.

It’s clear that despite being born in Liverpool, Nigeria runs through the veins of this young star. “I remember watching the World Cup vividly when I was a kid, and being in awe of the Nigeria team—our house filled with shrieking aunties and uncles, just going crazy when the Super Eagles came to play.”

There is a definite joy at being Nigerian; it was evident in Akpan’s recent BBC interview, as the youngster talked with genuine pride at seeing the Super Eagles back at ‘the top of the tree’, and it is evident as he enthuses about the quality of some of Nigeria’s personnel, particularly former teammates Joseph Yobo and Victor Anichebe.

“Of course, they were a massive influence and major role models for me back at Everton—the club was so ‘Nigerian’, with those two, and Stephen Pienaar, who tried to be Nigerian!”

Growing up and training with the Nigeria captain Yobo must certainly have made an impact, while Akpan envisages Anichebe as a key man, a ‘big player’ in the future of both Everton and the national side.

Akpan was also open about what an important influence Victor Moses’s recent rise has had on his desire to force his way into the international set-up. Seeing his dazzling performances in the Afcon, particularly in crucial bouts with Ethiopia and Mali, spurred Hope on to throw his hat into the ring with the Super Eagles.

Moses’s rise, and the central role he now occupies for Nigeria, is clearly an appealing model for Akpan to follow. Despite turning out for England’s youth sides, including the U21 team, the Chelsea man opted for Nigeria and is flourishing in his role as a national idol—he is an emblematic component of Stephen Keshi’s youth revolution. 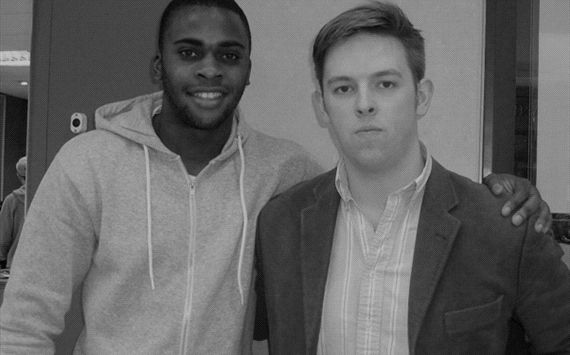 Akpan is aware of the movement, conscious of the national team’s change in direction and approach, and keen to become a crucial part of this exciting project. Like Moses, he is acutely aware of the way football allows African players based in Europe to ‘reconnect with their roots’, and this is clearly a major motivating tool for him.

For those Eagles fans unaware of the player’s qualities, he identifies himself as a midfielder who can keep the ball moving, recycling possession and preserving a team’s control on the game, but at the same time as having the physical presence—the dynamism and energy—to drive forward through the centre of the park and develop the side’s play.

Having scored ‘8 times in 22 games’ for Crawley Town—Akpan has also demonstrated he knows how to find the net and it’s no coincidence that he once cited Yaya Toure and Patrick Vieira as key influences.

The prospect of the Reading midfielder joining Nigeria’s current stable of talented midfielders is tantalising. Naturally, there was one name that stood out from the others when considering the men who he may one day share the centre of the park with.

“John Obi Mikel, what can you say? He’s a guy who plays week in week out at the top level, with a major Premier League side, and is also a Champions League winner—it would be a privilege to play alongside him.”

Perhaps it won’t be too long before Stephen Keshi decides that Akpan’s qualities might be the perfect foil for Mikel in the heart of the Super Eagles’ midfield.