The Dortmund star could fall short of the number of required caps for Japan, while Sir Alex Ferguson is set to allow his Euro 2012 stars an additional two-week summer break 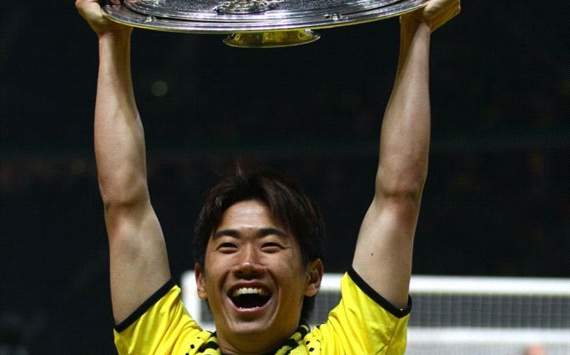 Shinji Kagawa’s dream move to Manchester United could be derailed by a potential work permit issue, the Sweeper understands.

The Premier League giants tabled a €16.8 million bid for the Japan international last week but a swift conclusion to the transfer has not been forthcoming.

Despite being an integral part of the Borussia Dortmund side which recently claimed back-to-back Bundesliga titles, the 23-year-old has featured infrequently for his country.

Kagawa was not included in Japan’s squad for the 2010 World Cup in South Africa and has played in less than 75 per cent – the mark required to gain a work permit - of Fifa affiliated matches in the last three years for the Blue Samurai.

Japan have three upcoming fixtures, but even if Kagawa, who has scored 10 goals in 30 appearances for his country, was to feature in all of them he would still fall short of the required mark, meaning an initial application for a work permit in England would most likely be rebuffed and go to appeal.

Last season Arsenal’s pursuit of Kagawa’s fellow Japan international Ryo Miyaichi hit a similar snag, before he was granted permission to play in the Premier League on grounds of “exceptional talent”.

Sir Alex Ferguson will give his Euro 2012 players an extra two weeks' break before starting their pre-season preparations.

The rest of the squad are expected back on July 2 for the first day of training.

The 35-year-old ex-Chelsea and Liverpool player has told Goal.com that he is 'still as fit as a fiddle' thanks to a disciplined personal training schedule at home in the Netherlands despite being without a club since leaving Sunderland a year ago.

Zenden, who came close to joining Blackburn last season, will step up his search for a new club after fulfilling his commitments as a television pundit at Euro 2012.