Sacha Pisani
Bayern Munich head coach Carlo Ancelotti did not mince his words about the referee after going out of the Champions League to Real Madrid.

An infuriated Carlo Ancelotti called for the introduction of video assistant referees (VAR) after Arturo Vidal was controversially sent off as Bayern Munich were eliminated by Champions League holders Real Madrid.

Cristiano Ronaldo scored a hat-trick to lead Madrid to a 4-2 win after extra time and a 6-3 aggregate victory in Tuesday's quarter-final second leg.

However, the thrilling clash was overshadowed by the officials as Bayern midfielder Vidal was shown a second yellow card for what appeared to be a legitimate challenge with the German visitors leading 2-1 on the night as extra time loomed.

Ronaldo and the refs see Madrid through

Bayern were left further aggrieved when Ronaldo netted his second of the night in an offside position in the 104th minute and former Madrid head coach Ancelotti did not mince his words about the referee post-match.

"The referee's performance was worse than ours," Ancelotti told Sky .

"I know it's football and it happens sometimes, but not this serious of a mistake." 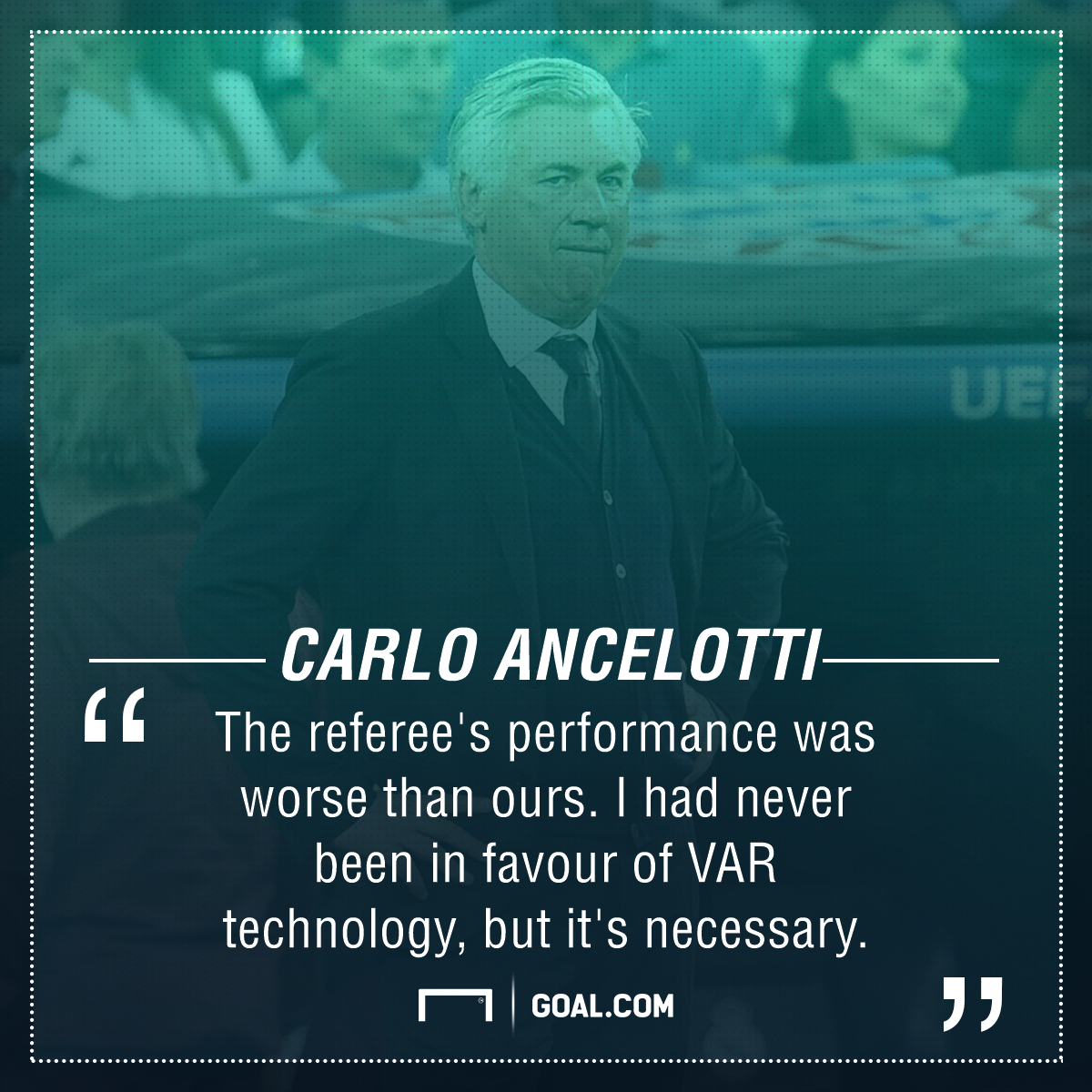 Ancelotti continued via Mediaset Premium : "We had thought of everything going into this game – except the referee. It's a pity, because it was the perfect game otherwise.

"I am very proud of my players, as they did all they could and more, but then it went the way it went... the referee probably wasn't up to the task.

"I don't think Real Madrid have any influence on referees. The officials tonight simply got it wrong. I had never been in favour of VAR technology, but I must admit it's necessary now.

"You can't decide a Champions League semi-final spot like this. I spoke to [Madrid coach Zinedine] Zidane after the game and he agreed with me that the refereeing performance was negative.

"It shouldn't be happening at this level and I hope the referees will be helped by technology as soon as possible."