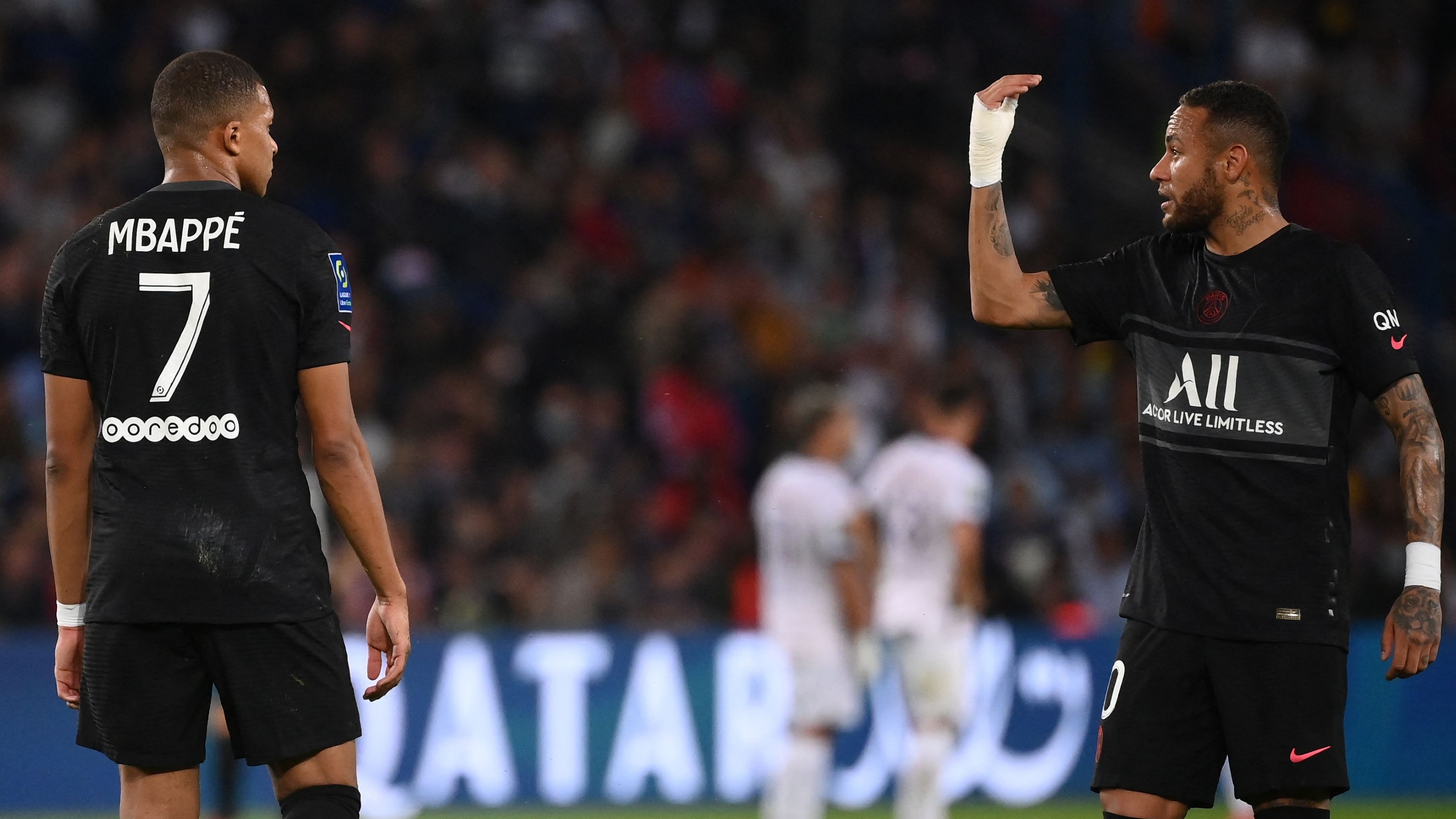 Don’t be deceived by Paris Saint-Germain’s Ligue 1 record of eight wins from eight matches: all is not well at Parc des Princes.

PSG spent the summer amassing superstars on free transfers with little regard for how they might integrate with the team, and this strategy is already threatening to blow up in their faces before September is out.

Lionel Messi has already shown his frustration with head coach Mauricio Pochettino for replacing him during a recent Ligue 1 win over Lyon, Gianluigi Donnarumma is reportedly discontent at being second choice in goal behind Keylor Navas, but perhaps the most alarming concern is over the relationship between Kylian Mbappe and Neymar.

After the Brazilian set up Julian Draxler for a late goal in Saturday’s 2-0 win over Montpellier, Mbappe was caught on camera complaining: “He doesn’t give me the pass.”

Some reports even suggested that Mbappe called his team-mate a "tramp".

While it was never made clear exactly who ‘he’ is, head coach Mauricio Pochettino effectively admitted at his Monday press conference that there is tension between Mbappe and Neymar.

“In football, this kind of thing happens between competitors. The permanent goal is to win,” Pochettino said. “It made a lot of noise outside of the squad, but internally it was nothing.

“The two spoke to each other, I also spoke with them, and you saw that in training they were laughing.”

Ahead of a Champions League meeting with Manchester City on Tuesday, the contrast between the two clubs is stark. City’s possession-based approach epitomises the team ethic, whereas PSG have a group of wonderful individuals who have been thrown together with little consideration and expected to perform.

The concept of a team has been lost, apparently even between those who were once united before.

Neymar said that he and Mbappe were “like brothers” as recently as May in an interview with TF1. Over the four seasons in which they have played together, they have assisted 31 goals for one another. They are yet to get off the mark in this regard in 2021-22, albeit in relatively little game time.

Nevertheless, it is clear the pair’s relationship has since become strained, despite their apparent good humour as they worked together on the training ground after the victory over Montpellier.

Messi’s arrival at the club has been a catalyst for the issues, as Pochettino inadvertently admitted while speaking with the media earlier in September.

“We are at this moment when, while Leo, Angel Di Maria and Neymar know each other, Kylian must be included in all of this. It will take a little while,” the Argentine confessed.

Equally, though, Mbappe is doubtless feeling a sense of frustration from the disjointed performances from the team as a whole. Despite running away with the Ligue 1 title already, PSG have struggled to dispose of their opponents.

Stoppage-time goals were required to see off Lyon and Metz last week in somewhat ill-deserved successes, while the 4-0 win over Clermont is the only match that the Parisians have won with any degree of comfort.

And they are already under pressure in the Champions League after toiling to a 1-1 draw against Club Brugge.

Mbappe, meanwhile, has hit a bump in the road in terms of his form. After scoring or directly creating a goal in each of his first seven matches of the season, he was frustrated by Metz and then Montpellier.

In that first clash, he drew the ire of mercurial Metz boss Frederic Antonetti, who was enraged along with his team that Mbappe apparently tried to score after they had kicked the ball out of play to allow a player to receive treatment.

“Kylian Mbappe had better behave differently if he wants to be loved,” the Corsican, who himself was sent to the stands during a fiery clash, complained.

“I adore this player, he is very, very strong, but he would benefit from showing more humble behaviour.

“In the game he had been non-existent. It happens when he cannot find space.”

Similarly subdued against Montpellier, it seems that Neymar was the target of his frustration having happened to set up Draxler to score literally seconds after the World Cup winner had departed the scene empty-handed.

With PSG failing to sparkle on the field, such sideshows are starting to become the main event. Between the issues in attack and in goal, there are countless subplots in this hastily-assembled squad that are undermining the whole, and unless Pochettino can somehow get a handle on these and tie them off successfully, it promises to be a campaign of spectacular disappointment in the Champions League.