Sumareh inspired by the 2010 success 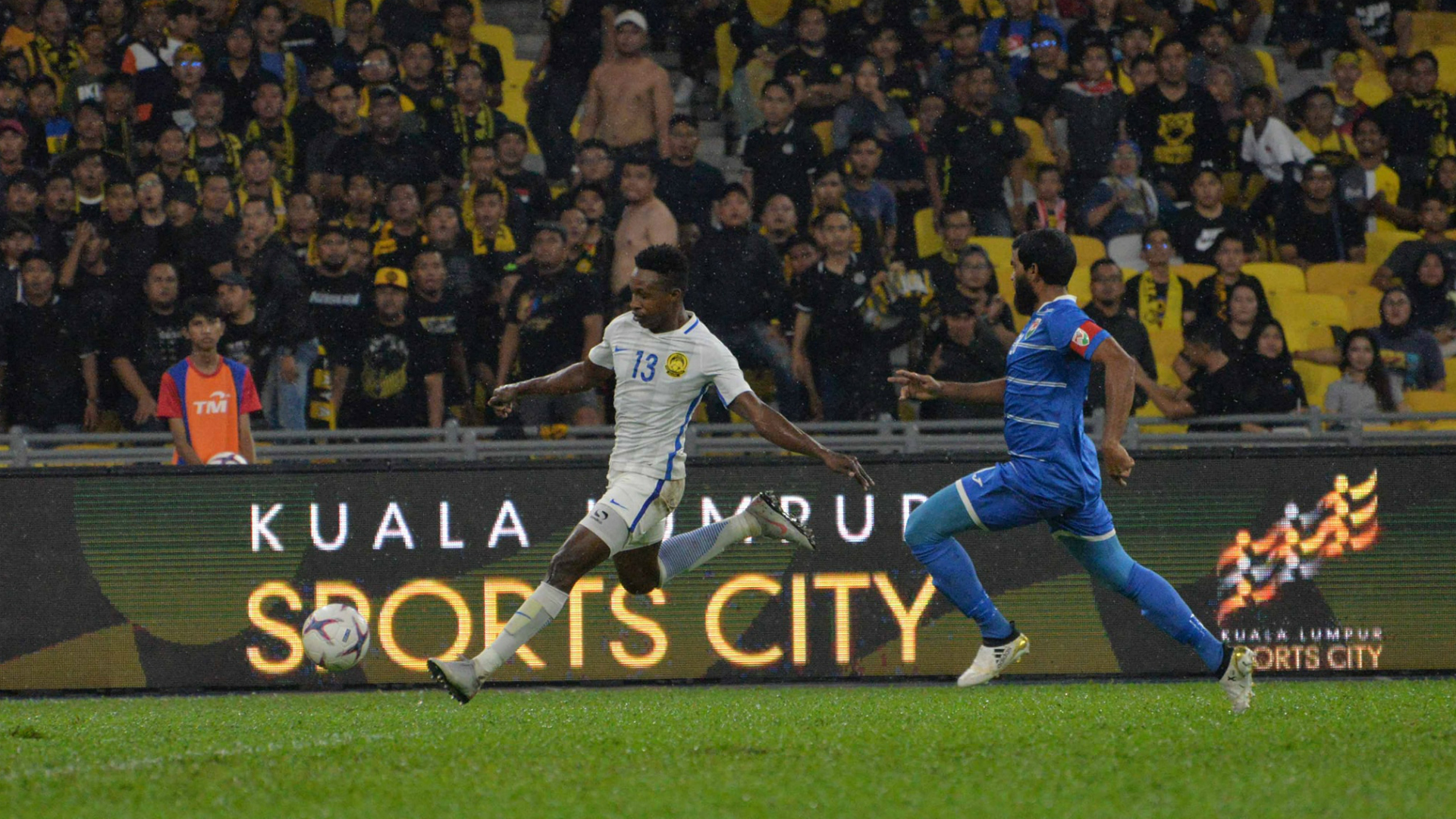 Like so many other Malaysians, Sumareh was also captivated by the solitary Malaysia success at the AFF Championship 8 years ago.

When Malaysia take to the field at Olympic Stadium in Phnom Penh on Thursday to face Cambodia in the opening match of Group A of the 2018 AFF Suzuki Cup, there's a possibility of that for the first time in the history of the competition that Malaysia will field their first naturalised player.

Mohamadou Sumareh was called up to the national team for the first time by Tan Cheng Hoe during last month's bout of international friendlies against Sri Lanka and Kyrgyzstan. The Pahang winger is a Gambian born but has resided in Malaysia since he was a kid.

In fact, like any other Malaysian, he could still recall the time when Malaysia won the Suzuki Cup back in 2010. Already living in the country then, it was almost inescapable with the attention that the team got especially after they made it through to the latter stages of the tournament.

"In 2010 I was still in school and not a professional yet. I watched it on television. When Mat Yo (Norshahrul Idlan Talaha) and Safee Sali was playing. It was a really good team and one of the best times in Malaysian football. When I watched it then, wow it was really big."

"Then when I came into the league, I knew it was the biggest Southeast Asian tournament. Life is funny, I never thought I'll be part of it but today I'm going to be participate in it. I couldn't be any happier to be part of it. The best would be if I'm part of the second history making team, winning it for the second time for a Malaysian team. That would like a dream come true," Sumareh told Goal.

Like with any changes in any walk of life, there's resistance. It was no different for Sumareh as his inclusion in the national team wasn't one that received 100% backing whether from people within the sport or fans.

It is not something that has escaped the attention of Sumareh. There's fire in his eye when talking about the perception and he's fighting as hard as the next person to get Cheng Hoe's trust to be fielded against Cambodia.

However, that in itself won't be a simple task. Competing with him in the wider positions are Syazwan Zainon, Akhyar Rashid as well as newly-crowned Malaysia's Most Valuable Player in Safawi Rasid.

This is only the second time that Sumareh is in the national team camp but unlike the first time around, there's no club mate and good friend Matthew Davies alongside him in the team.

In a way that has helped him opened up to the rest of the team and the others have also gone out of their way to make Sumareh feel less like an outsider and more part of the team.

"When Matt was injured, I was worried about coming back to the camp without him. I was really worried because Matt is one of my best friends in Pahang and we play in the same right side. I texted him about my concern but he reassured me that the group is a welcoming one.

"But when I came back to the squad on the first day, I did kept things to myself a little. The second day, they were coming to me talking, making jokes and very friendly to me without Matt. Right now I'm so comfortable that I don't even miss Matt!" added Sumareh.

He is in line to make his first competitive start for Malaysia tomorrow against Cambodia and like any other small boy watching the very same tournament eight years ago, it has left and indelible mark on him and Sumareh has every intention to mark his own mark in the group opener.